Constellations: Coma Berenices 'Berenice's Hair' Content from the guide to life, the universe and everything 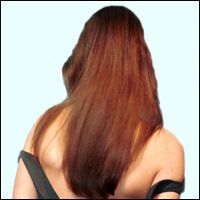 In 1536 German globe maker Caspar Vopel created two new constellations, Coma Berenices and Antinous2, to the original 48 drawn up by Ptolemy. The stars which made up both figures had been catalogued, but were not specifically part of any recognised constellations. Coma Berenices' stars had previously been listed as part of Leo (the tip of the lion's tail) or Virgo (wisp of hair). Tycho Brahe is credited with popularising Coma3 Berenices (Berenice's Hair) after he included it in his star catalogue of the late 16th Century.

This constellation has the honour of being the 42nd in the list of 88 internationally recognised constellations; by sheer coincidence its alpha star also has the designation 42.

Ptolemy III of Egypt led an assault against the Syrians around 243 BC. His wife Queen Berenice4 made a pact with the goddess Aphrodite, that in return for protecting the king, she would cut off her much-envied lustrous long hair. When he arrived home safely, Queen Berenice kept her side of the bargain and offered the shorn locks of hair at the altar in the goddess's temple. Unfortunately the hair then vanished, which quite rightly upset the ruling couple. Luckily Konon of Samos, the royal astronomer, was able to convince them that the goddess was so delighted by her tribute that she had honoured the queen in return by forming a new constellation, thereafter named 'Berenice's Hair'. It is possibly this tale which inspired Caspar Vopel to create Coma Berenices.

The scientific star names are simple to understand (if you know your Greek alphabet). For example, 'alpha' means that it is the brightest star in that constellation. The next brightest is designated 'beta', etc. Combining Greek letters with the genitive of the constellation name, this is known as the 'Bayer designation'. Some stars have proper names as well; for example, alpha Com is Deneb. Others are known by their catalogue number.

The Stars of Coma Berenices

That's how it usually works, but sometimes the measurements at the time of cataloguing were a little tangled up, and we end up with a beta star being the brightest in a constellation, as is the case here.

Alpha Com is a binary system and is the only one of the Coma Berenices constellation which has a common name. The name Diadem was supposed to reflect the jewel in the crown on the queen's head. Beta Com is a yellow dwarf measuring just above the brightness of Diadem; it's also one of the closest stars to our Solar System. Gamma Com is just a shade less bright than Diadem, but the orange giant is a lot further away at 170 light years5 distant. An attractive pair catalogued 24 Com consists of a 5th mag orange giant which contrasts beautifully with the 7th mag blue-white companion.

The Coma Star Cluster (Melotte 111) is an open cluster situated just below gamma Com. The shape of the cluster is roughly three-sided, with around 30 stars total, none of which are over 5th mag. This cluster is viewable with binoculars, and worth seeking out.

The NGC was compiled by John Louis Emil Dreyer (the director of the Armagh Observatory from 1882 - 1916).

Because Coma Berenices has such a varying array of different types of galaxies, the brightest get their own table:

NGC 4565 is a spectacular edge-on spiral known by the common name Needle Galaxy. NGC 4651 is also known as the Umbrella Galaxy because there's a tidal star stream surrounding it; it's all that remains of another galaxy which strayed too close and was absorbed. This post-merger is classified 'peculiar' and appears on the Arp catalogue at number 189.

The Coma Galaxy Cluster, also known as Abell 1656, is the 'nearest' cluster of galaxies to us, although it is still 280 million light-years away at the lowest estimate. It contains roughly 1,000 galaxies spreading across 20 million light-years. It is one of the best studied areas of the sky thanks to its polar position. It was in this region that dark matter was first discovered outside our own galaxy. NGC 4874 (260,000 light years diameter) and NGC 4889 (330,000 light years diameter) in the Coma Galaxy Cluster are classified as supergiant ellipticals; they are much bigger than our own Milky Way galaxy.

The debris which creates a meteor shower comes from the tail of a comet, as the Earth crosses where the comet passed previously on its own orbit. Imagine a trail of breadcrumbs, or sawdust like that used in hashing. The particular dust which causes the Coma Berenicids meteor shower comes from comet Lowe which was first discovered on 30 December, 1912, by amateur astronomer B Lowe in South Australia. The Coma Berenicids meteor shower usually happens between 8 December and 23 January.

There have been some extrasolar planetary systems found in the constellation Coma Berenices. Figures given in the table below are the length of the planet's orbital period around its parent star, which we know of as a year. The mass of the extrasolar planet is compared to that of Jupiter, our Solar System's largest planet, known by astronomers as the 'Jovian scale'.

HD 108874 b, discovered in 2003, orbits a yellow dwarf star and inhabits the 'Goldilocks zone'. As it is a gas giant it is not a candidate for extra-terrestrial life. However, if the planet has any rocky moons with an atmosphere then there's a distinct possibility.

While this article is primarily about the constellation which honours Queen Berenice, the author thought you might like to read about some of the other instances where Berenice has appeared.

1Current IAU guidelines use a plus sign (+) for northern constellations and a minus sign (-) for southern ones.2Antinous does not survive today.3Our word for 'comb' derives from the Latin word for hair: coma.4Berenice literally means 'bringer of victory'. It is a variation of the Greek name Pherenike, from pheros (bringer) and nike (victory).5A light year is the distance light travels in one year, roughly 5.88 trillion miles or 9.46 trillion km.