Messier Objects Content from the guide to life, the universe and everything 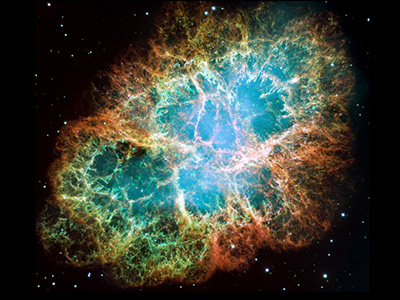 The French astronomer Charles Messier was born on 26 June, 1730, and began his career at the age of 21. He was one of the first people in France to observe the predicted return of Halley's Comet in 1759, and became obsessed with comets - so much so that King Louis XV called him the 'comet ferret'. During his lifetime, Messier discovered 13 comets independently and shared credit for the discovery of six more. However, it is his catalogue of astronomical objects that has given him the lasting fame he sought as a comet hunter.

The catalogue started as a personal reference as he scanned the skies in his small telescope. The blurry objects he catalogued appeared identical to comets, but did not move in relation to the background stars the way a comet would. More than two centuries later, these 110 objects are still referred to as the 'Messier objects' and they include some of the most observed astronomical objects that lie outside of the solar system. Many of the Messier objects are observable with a pair of binoculars or a small telescope. Others require a more powerful telescope to make out details in the object.

An open cluster is simply a grouping of stars in the sky. These stars often form from an associated cloud of gas and dust and can be quite young in age.

A globular cluster is a gravitationally-bound concentration of approximately 10,000 to one million stars, populating the halo or bulge of the Milky Way. Globular clusters are believed to be very old and formed from an earlier generation of stars.

A nebula is an interstellar cloud of gas and dust. There are two types in Messier's catalogue: diffuse nebulae, which are clouds of interstellar gas and dust; and planetary nebula, which are essentially shells of gas expelled by a star as it shrinks from a red giant to white dwarf.

The following is a listing of all 110 objects found in the Messier catalogue:

Picture of M1 courtesy of NASA