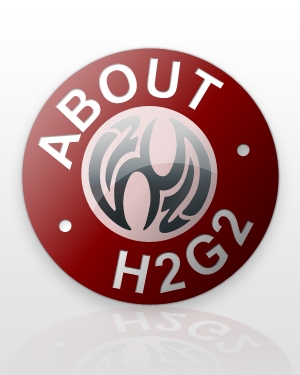 h2g2 is a constantly expanding, user-generated guide to life, the universe and everything. The site was founded in 1999 by Hitchhiker's Guide to the Galaxy author Douglas Adams.

Anyone can write for h2g2 – which already has hundreds of thousands of Entries on a range of subjects, from Aardvarks to Zombies, Polonium to Pooh Sticks, and Absolute Zero to Hilbert's Infinite Hotel. Central to the site are the Approved Entries, articles written by individual users, with a little help from the h2g2 community, which are checked and sanctioned by the h2g2 Guide Editors. The result is a living, breathing guide that is constantly being added to, updated and revised by the people who use it.

There is more information on how to contribute to h2g2 in the section entitled, appropriately enough, How to Contribute.

Of course, you can also just read and enjoy the Entries and – by creating a h2g2 Personal Space – chat about them with the h2g2 community in our conversation threads. Browse our Categories to sample the unique flavour of the Approved Entries or use the search box at the top of each page. If you're feeling lucky, however, you can also select an Approved Entry at random by using the Infinite Improbability Drive.

According to legend, Douglas was lying drunk in a field in Innsbruck, Austria, in 1971 thinking about the galaxy and how you might find your way around when he came up with the 'Guide', an ingenious device that offered advice about almost any place, object or entity at the touch of a button. h2g2 is the online manifestation of this idea and, along with h2g2 Mobile, has been gradually making Douglas' vision a reality. (You can find out more about Douglas Adams and the founding of h2g2 here.)

1Other spin-offs include the 2005 movie, countless computer games, mugs, t-shirts and towels.