My Vision for H2G2, by Douglas Adams Content from the guide to life, the universe and everything 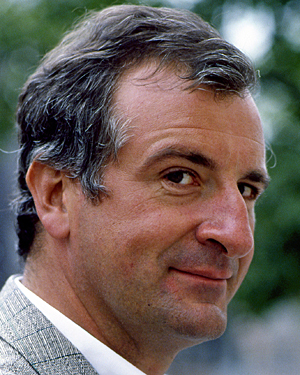 When I originally described The Hitchhiker's Guide to the Galaxy, over 20 years ago, I was only joking. I didn't see myself as a predictive kind of science fiction writer, like Arthur C Clarke who more or less single-handedly invented the communications satellite. The Guide was just a narrative device which allowed me to run off at tangents whenever the story seemed to be getting a bit dull.

But it turns out that I, inadvertently, had a terribly good idea. The Guide was compiled by researchers roaming round the galaxy, beaming their copy in, which was then instantly available to anybody to read. Over, believe it or not, something called the SubEthaNet.

We're gradually beginning to get some tiny, tiny inkling of how powerful a networked community sharing information really could become.

At the moment we're sharing the sort of information we think about or come across as we sit at our desks, because that's mostly where our computers are - at least, that's mostly where our networked computers are. And we're sharing it in the form that comes most naturally to people sitting working at desks - we're writing articles about our experiences and ideas and opinions.

What we are now focussed on at H2G2 is what happens when people start to share information while they are on the move. Soon we will start to see devices arriving that combine palmtop computers with cellphones with Internet devices with GPS systems. That - in a phrase we hear over and over again when people talk about the Internet - will change everything. You'll be able to read and write to the Guide wherever you are: at the station, in the plane, on a park bench, in your car (pulled over to the side of the road with the handbrake on, of course) in a café. And when you write in something as simple as 'The coffee here is lousy!' the Guide will know exactly what to do with that information and where to put it. And if you see, a few seconds later, a note which says 'Yes, but the cheesecake is good' it might be worth looking round the other tables to see who you've just made contact with.

For now, we have a lot of work to do. At the moment, although the Guide community has been growing and thriving for two years now, the Guide itself, big as it has become, is still a little like the fossil record in that it consists almost entirely of gaps. It's a big, big world out there, as anybody who has stepped away from their computer screen in recent months (not many of you, it seems) will have noticed.

It's a process called evolution. Who would have predicted where that's got us?