Hello, and welcome to the fifth edition of Super Market, the monthly update of everything exciting taking place in h2g2's own Flea Market.

This month we are proud to announce that six Flea Market Rescues have been Edited!

This brings the total of Flea Market Rescues to 233! 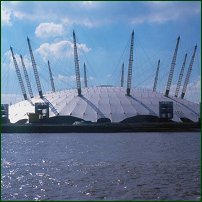 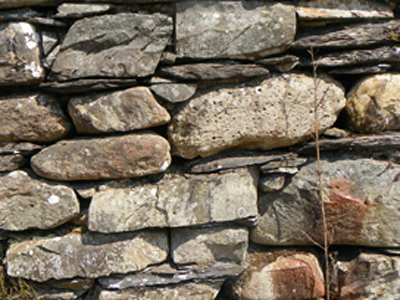 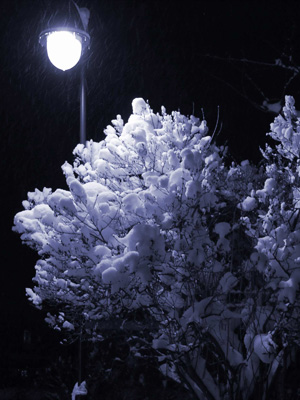 Florida Sailor has also rescued Pelegrhino's article Night to create Night, and How to Cope With It.

Since the last issue, one Flea Market Rescue has been recommended from Peer Review!

We look forward to seeing this on the front page soon!

To learn more about the Flea Market, it's a good idea to talk to some of the people who have done it. In this issue we interview Nosebagbadger, who has three credited Flea Market Rescue to his name:

Since then he has written two more:

Bluebottle: Hello, Nosebagbadger. I was wondering if I could interview you for SuperMarket – a monthly series about the Flea Market that appears in The Post.

Nosebagbadger: I'd be happy to - Firstly I'd like to give some thanks to my illustrious interviewer, for providing an excellent set of questions... more importantly I am hoping that if I publically given an apology he might forgive me breaching deadline by 4 weeks.

Bluebottle: Well, Douglas Adams also missed his deadlines, so you're in good company with that...

Bluebottle: You have the distinction of perhaps being the unluckiest person to have attempted a Flea Market Rescue, having (as far as I'm aware, please correct me if I'm wrong) attempted 5 Flea Market Rescues to date, but only having three actually make it into the Edited Guide so far.

Nosebagbadger: While I might say rude words about the STV rejection, I do actually have a higher hit rate on flea market rescues than it might first appear. Depending on whether I feel like being sneaky I can also claim two more pseudo-FM rescues, which (with permission from the Eds) I grabbed from the author's personal space which she was writing alongside the Volleyball entry, to make a mini-FM-project.

Bluebottle: What made you decide to rescue the articles you have?

Nosebagbadger: The reasons for picking my different rescues are relatively varied.
With my first two rescues (Enlisted Ranks and Facts about Ice) it was mainly me needing ideas to write about, and the Flea Market giving me a push.

I picked Sympathy scams because when I saw the name it interested me and there were some rather moving stories both within the entry and easily accessible in the news that encouraged me to work on it.

The STV entry I picked because of a rather heated Real World discussion – it also is the only time I’ve come to the FM looking for a specific entry, rather than looking for an idea.

My reason for picking the Volleyball entry is the simplest, if perhaps the most illogical – I was looking for a “break” from writing entries on my Olympic field Sport project... so I obviously picked another Olympic sport to do... claims that it might also have had something to do with me watching the women’s Olympic volleyball at the time are clearly unfounded... clearly

Nosebagbadger: Never! If they tell you where to start looking, that’s all it takes.

Bluebottle: Have you approached a Flea Market Rescue any differently to how you write an article from scratch?

Nosebagbadger: When I’m doing a scavenge I do all the "rescuing" first – I fix any problems, or missing information and do the GuideML right at the start. Only once I’ve finished the rescue do I add my own original work to it, adding a bit to each section.

Bluebottle: Is it easier or more difficult?

Nosebagbadger: Hmm, it might be a cliché but it’s both better and worse.

It’s harder if you normally only write entries on subjects that you know well. It can be hard to find a FM topic you know so well that you won’t have to brush up with some research.

Nowadays my solo entries are on things like the Hammer Throw, which I’ve never done (yet!) so the research is pretty similar for me.

But if the Peer Reviewers were helpful the first time then it can be really easy to focus on where to work - the potential problems, and better yet, the solutions, are already there.

I also think it is more enjoyable when it gets accepted because to me it feels like I’ve managed to get two entries passed in one go.

Nosebagbadger: I try to keep as much text as possible - usually at least 80% of the text of the original entry will be kept in one form or another. I generally run off a basic rule that the less complete an entry was, the more I feel free to edit it. My first rescue, Enlisted Ranks, was very close to being a complete entry, so I didn’t feel I should change it significantly, only adding in what was missing.

Nosebagbadger: Of course! It’s great for finding an idea, or becoming intrigued by something you hadn’t known about – before you know it you’re half way to adding an entry to the Guide.

If you can find one with a strong basis, I’d actually suggest it to someone interested in dipping their toe into the Edited Guide for the first time, since it won’t require such an investment of work on their first go. As I said earlier, often the potential solutions are already there.

And to repeat – having a Flea Market rescue entry being accepted feels like having two entries accepted at once.

Bluebottle: What made you decide to rescue Enlisted Ranks of the US Air Force, and did that one go smoothly?

Nosebagbadger: I decided to pick it because it seemed both nearly complete and had a great sense of humour running through it that I wanted to finish. The only significant disagreement in Peer Review was resolved before I even saw it – the vast majority of the comments were correcting dozens of spelling mistakes – I hear I have got better (or my spellchecker has) in recent times. All in all, I really enjoyed rescuing it.

Bluebottle: What made you decide to abandon the rescue of Online Sympathy Scams?

Nosebagbadger: Looking back at its (2nd) peer review thread, I think it came mainly around because as soon as I submitted it I was handed a very large list of things to fix all in one go and it put me off. (A common, but fixable, problem with reviewers and new writers) However, reading it again, I’ve come to the conclusion that the errors weren’t actually that big – I might take another grab at it!

Bluebottle: How do you think you would feel about being on the other side, about someone else making changes to an entry you had written, if someone tried to rescue this entry?

Nosebagbadger: If I’d abandoned it I’d be happy for them to take it. My view on changes they were making to it would depend on how much of it I’d done – if they chose to completely rewrite a nearly finished entry I probably would be annoyed, but if they took a few ideas and ran with them I’d cheer them on.

Bluebottle: With the STV – the Single Transferrable Vote entry, this entry was recommended by a scout, accepted out of Peer Review, only to be unusually returned back into Peer Review at the last moment, just when we expected it to be accepted into the Edited Guide. This must have been very disappointing for you – is there anything you'd like to tell us about how that felt?

Nosebagbadger: To anyone who I told to take up Flea Market rescues earlier, do not read on – I’ve never seen this happen anywhere else.

The very late rejection of my entry very nearly stopped me from contributing ever again to either Flea Market rescues or even solo entries – in terms of purely contributing to the Guide it has been my worst moment since I joined 4 years ago. Mainly because of the amount of work it took to do – the actual information took a long time, but the maths and especially the GuideML made it the hardest single entry I’ve written – losing it after it had been accepted was excruciating. Worse yet I didn’t get added to the PR thread when it go returned, so it was 3 months before I saw it was still in there with people commenting on it.

Bluebottle: Despite this, you have expressed an interest in rescuing another entry, English Legal System: Intoxication in Criminal Law Defence. What is it that attracts you about this entry?

Nosebagbadger: I found the entry itself significantly interesting, (though I’m not planning on using drinking as a criminal defence) I also think it is very near being finished – linked with this is that when I see an entry has failed twice before I feel a challenge to make sure it succeeds this time.

So now it might appear that I’ve got two rescues to work on now if I take back Sympathy Scams – which very importantly would take me up to five – 5 successful rescues would get me that nice shiny Scavenger’s badge!

New Entries to the Flea Market

These entries have entered the Flea Market, ready to be rescued, since the last issue:

These are the articles being rescued from the Flea Market that are currently in Peer Review. Why not help by reviewing the new version of the article?
Aricles in Bold are new entries which have been submitted since Issue IV of SuperMarket was published.

Everyone who reads through and comments upon these articles helps to make it the best it can be!

Here is a selection of Articles remaining in the Flea Market and awaiting a rescuer. Although Create will be pleased to learn that The Flea Market does contain a single article on Towel Day in need of rescuing, this month's theme is Television.

Why not rescue one of these?

The Flea Market needs You!