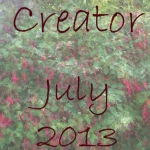 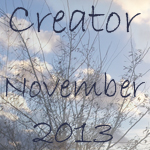 Who is Beatrice?
"Shakespeare's Beatrice was born under a dancing star, and she's the brightest of her bunch because she has the impulse to be merry, even though, being so brilliant, she will see the world as it is and it will make her sad. Meanwhile she will correctly judge any man proud of his own gloom to be a crashing bore." It is also the name of a royal princess, Granpa Simpson's love interest, and Stephen Fry's rather mad sister in Kingdom. I use it (with the surname Cofollin) to communicate with the blessed Terry Wogan, and it's also my name on dog forums, the Douglas Adams Continuum etc. A long time ago I was known as Lucky Star, and some people still call me that.

I think my solo entries give an insight into me and my life. There's the ones about places I know and love:

County Londonderry, Northern Ireland
I'm really proud of that one - not just cos it got a picture blob on the Front Page, but also cos it is my home town. While Lisburn is where I used to live, along with The Weimaraner Dog my gorgeous dog, Max (that's him in the blob). Using the Motorway Network of Northern Ireland to get around the place, you can find Killyleagh, County Down, Northern Ireland, the delightful village where I used to live. Before that I spent many happy years running Europe from my base in Luxembourg shopping at Auchan Supermarket - the World's Greatest?and indulging in my passion for bridges like The Bridges of Luxembourg.

There's ones about some great places I've visited, like Dahab, Egypt and Trier: a small town in Germany, and who could forget Duinrell, the Netherlands. And I was thrilled to bits when my description of Huangshan (Yellow Mountain) in China was voted Entry of the Month in January 2010.

Then there's the ones about my interest in motorbikes:
Passing your motorbike test in the UK, How to ride pillion safely and one on the fabulously exciting road race that is the North West 200.
and other things I think are really cool, such as Appearing on a TV Quiz Show, The Crocs Phenomenon and Kilts: How to wear them and Wetwipes.
There's a set to do with Eurovision: Nul Points which has another great blob - of the legendary Jahn Tiegen. Eurovision of course gave us Riverdance, and it just won't be the same without dear dear Terry - Wake up to Wogan and TOGs.
I wrote entries about my favourite books, telly and music: 'Final Straw' - the album by Snow Patrol
Size Matters - the novels of Nicholson Baker
The Osbournes - the MTV show

And ones that arose out of The Stretcher, like The Shellsuit, People you REALLY need to be nice to in the office, How to survive a Karaoke evening, Down's Syndrome, and Bobby Sands MP. The Stretcher also got me writing more fiction, and in The Underguide I now have Truth at First Light, and I am a Camera.

and I helped write these ones -

Stuff I am working on

I still write the odd Guide Entry, but I'm really interested in audio-visual items, and I am working on a few pieces with the AViators group.

Other stuff I have done

You can sometimes find my amusing musings in The Post: if you want an insight into the world of dance, then read Murder on the Dancefloor. Witty, eh? Or you might like to try my travelogues from a pillion's position, Rear View. You can find out about life with a very bouncy puppy in Take it to the Max! And of course I'm a member of the Mostly Harmless Motorbike Club, so I'm sometimes found hanging around the MHMC clubhouse. I'm proud to be an Assistant Editor at The Post, which means I get to shout at myself if my columns are late, so saving time all round really. Or if you're lucky, you may even get to read some of my poetry. Although it has won prizes for its Vogonity, so be warned! If you're very good, I might let you appear in one of my charity nude calendars...

Quotes of the Day/ Week

One day I was actually bored enough to compile this list...

6 August 2009 : QOTD: Why on a clock face using Roman numerals is the number 4 written as IIII rather than IV?

5 August 2009 : QOTD: I'm still trying to find an effective indicator of "stop talking now!" to end the long and one-sided calls from my mother

3 April 2009: QOTD: We need to invent whatever it is that yer woman in the red shoes is wearing to enable her to sashay gracefully in high heels. … What else needs inventing?

25 September 2008: QOTD: You need to be listening to some Bach, young man, to move your soul

1 April 08 : QOTD: But what happened to the boys? Danny and whatshisface?

13 March 2008 : QOTD: Has anyone done an anlysis of the incidence of Croc-owners graphed against Coldplay-album-owners?

1 February 2008: QOTD: "Are you trying to be pedantic or is it just the natural exuberance of your verbosity?"