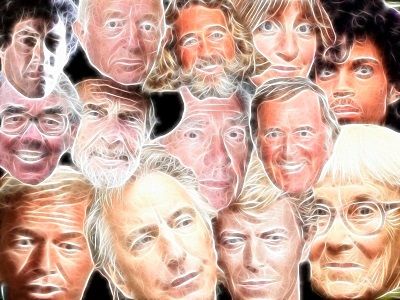 It's only May and already several people are wondering if the delay in George RR Martin's next book has been caused by him writing 2016 instead.

For the Anglophiles, we've lost:

We should not wallow in sorrow. We should celebrate.

Memories guys, that's what we're after, all of our loved ones.

Photos, conversations, anything really. When did you last watch Harry Potter, did you buy the new Bowie album?

We’re heading to halfway to the end of the year. Let's celebrate those that have gone before us.