A to Z of Black Content from the guide to life, the universe and everything 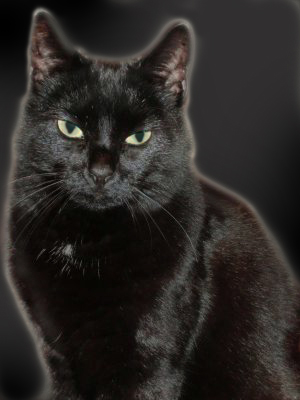 Black is more than just a colour - although some would say it is not even a colour. Objects are perceived as what we call black when all visible light is absorbed by the object. Many animals, plants and geographical features have black in their name in relation to their colouring. People of African descent are often called black, although their skin is actually dark brown. According to the context, black may refer to skin colour, racial ancestry or ethnic group.

Historically, black had sinister, negative, or satanic associations, in stark contrast to white. These days black more often has positive connotations of being powerful, authoritative, chic, or sexy. Black is often considered to be slimming in terms of clothing, yet black objects are usually perceived as heavier and stronger than lighter colours.

This A to Z covers just some of the occurrences of black in nomenclature.

1Communicating with the dead.2Though, unfortunately, not the withdrawn Routemasters.3Lignite is a form of coal.4Black fleece was not commercially viable, as it could not be dyed.5A dress shirt has concealed buttons. The front may be plain or adorned with pleats or a ruffle.6Ultraviolet light is divided into three types - UVA (315 to 400 nm) which causes tanning, UVB (280 to 315 nm) which causes damage in the form of sunburn, and UVC (100 to 280 nm) which can kill bacteria and can cause corneal burns.7White wine can be used instead of champagne.8Optical art, a style of pictures from the 1960s.9Though they are rarely fatal to humans due to the small amount of venom injected from a bite.