Ways to Make Good Coffee Content from the guide to life, the universe and everything 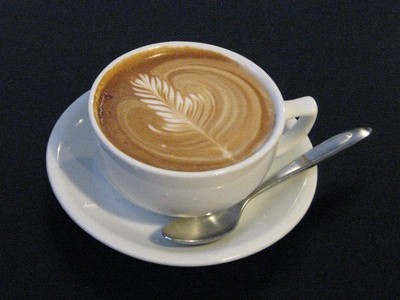 This entry deals with ways of making good black coffee. You can do what you like with it afterwards, such as adding milk or sugar.

The Jug and Strainer

The simplest method of all. A large earthenware pot is heated by pouring hot water into it. It stands for a half minute, then the water is poured out. Ground coffee is put in the pot, followed by almost boiling water. After sitting for a few minutes, the result is poured into cups through a handheld strainer.

The main disadvantage of this method is that it is messy. You will inevitably spill coffee grounds and drip coffee all over the place.

This electrically operated machine is ideal for making large quantities of coffee. A paper filter is filled with ground coffee and sits over a jug. Water in a reservoir is heated and dripped onto the ground coffee and the coffee drips down into the jug. The paper containing the used grounds can be disposed of easily. Many machines have a hot plate to keep the coffee hot.

Filter coffee can be somewhat lacking in flavour because the filter paper takes the flavour out. There's also a temptation to leave a pot of coffee sitting on the hot plate to keep it hot. This destroys the flavour. At most you should keep your coffee hot in this manner for just five minutes.

Should your electric machine ever break down (or should you find yourself just looking to try something new and exciting), why not just set the filter holder on top of a conventional jug, like a Thermos? Then pour the boiling water on the grounds manually. Wetting the grounds first, using only a little water, waiting a minute or so and then pouring in the rest of the water as quickly as possible can give tasty results.

Use medium to fine ground coffee

The plunger pot (also known as cafétière or 'French press') is ideal for making fully flavoured coffee of medium strength. The pot is made of borosilicate glass - hot water can be poured directly into it, but it should not be placed on a hot plate. Plunger pots are available in three main sizes: 3-cup; 8-cup; and 12-cup. Keep in mind, however, that a 3-cup plunger pot just fills just a single mug.

Ground coffee is placed in the pot and a metal plunger is placed on top. After a few minutes, the plunger is pressed down, forcing the coffee to pass through a metal filter. The grounds are held in the base of the pot while the coffee is poured directly into cups. Some cafétière connoisseurs strongly advise against waiting to depress the plunger, noting that doing so will likely give the coffee a bitter taste. Instead, they suggest plunging immediately. The choice is yours.

While the coffee is brewing, it is worth jiggling the plunger slightly after a minute or so. This will stop all the grounds sitting in a big wad at the top and will improve the brew.

Coffee made in plunger pots is better than that made in a filter maker because the metal filter used lets more of the flavour through.

Unfortunately, there is a downside to the cafétière experience. What to do with the grounds? If you choose to pour them down the sink, you must, every five years or so, call upon that nice man from Dynorod to come and unblock the drains.

The percolator has gone out of fashion in most parts of the world, but is still popular in one or two places. It heats water and passes it through the coffee grounds over and over again. You remove the percolator from the heat when the coffee is strong enough. Stove-top and electric models are available.

Critics of the percolator say that the coffee flavour is ruined because the coffee is boiled. This boiling process also extracts acids from the grounds which are harmful to your health.

This device looks like an hourglass with an open top. It consists of two glass 'balloons'. The ground coffee is put in the upper one and the water in the lower one. When the water boils it is pushed up into the upper bowl where it sits for a few minutes while the coffee brews. Removing the heat causes a vacuum which sucks the brewed coffee back down, filtering out the grounds on the way. The lower half serves as a jug for pouring the coffee.

This method produces good coffee and looks very elegant. Models are available which sit on a small burner and can be used at the dinner table. The biggest problem is that with two large glass bowls, breakages are inevitable.

Espresso is seriously strong coffee. It is normally drunk in tiny cups so that a single shot of espresso has no more caffeine than a mug of normal coffee. The name is Italian and means 'made under pressure' rather than 'quickly' as many people seem to think. For those who prefer the coffee slightly less strong, it can be diluted with boiling water, but it will always have a burnt taste.

The simplest way to make espresso is with a stove-top espresso pot. These are normally made of aluminium and have an angular eight- or nine-sided shape. The angles help you get a grip on the pot when unscrewing the top. The elegant cylindrical stainless steel models can be very difficult to open.

Water is placed in the base of the espresso maker. Fine-ground coffee is placed in a container halfway up. When the water boils, the pressure of the steam pushes the boiling water up through the grounds in a single pass, producing the characteristic gurgling sound. Because of the pressure, the coffee is very strong. The brewed coffee is collected in the top half of the pot. When all the water is gone from the lower half, the gurgling dies away and the coffee is ready.

The espresso coffee made in these stove-top pots can be bitter, because the water is boiling when it passes through the grounds.

Stove-top espresso makers are available in a few different sizes. They should always be used to make a full pot as they do not operate well when half full. After making a pot, you must wait a few minutes for the pot to cool down before you can use it again, so they are not really suitable for making large amounts of espresso.

The next step up in complexity from the stove-top maker is the electrically heated steam-powered espresso maker. This is very similar to the stove-top model in operation. The reservoir is filled and coffee is placed in the container. The water is boiled and the steam pushes it through the coffee. When all the water is gone, the coffee is ready.

These models are easier to use than the stove-top models. They can be quickly refilled to make more coffee. They operate at higher pressure so they extract more flavour from the grounds, using only half the amount of ground coffee per cup. The espresso they make tastes identical to that produced by the stove-top models - slightly bitter.

Many models have a steam attachment which can be used for frothing milk to make cappuccinos.

The ultimate coffee maker for black-coffee drinkers is the pump-operated espresso maker, invented by Gaggia in 1946. It uses an electric pump to force not-quite-boiling water through the ground coffee at high pressure. It can be used to make espresso or medium strength coffee.

The coffee made in this machine is much sweeter because the water is not boiling. In addition, the extra pressure extracts caramel from the grounds. This can be seen as a brown-coloured foam floating on the surface of the coffee. This is known as crema and is the sign of a delicious cup of coffee.

Note that the ideal cup for serving coffee with crema has a rounded base inside the cup. Apparently, the corners on some cups cause the froth to collapse.

There are, however, some drawbacks to the pump-operated maker:

The ibrik - a coffee pot from the Middle East - is a small brass pot with a wide base, a narrow top and a long handle. Extra-fine ground coffee known as pulverised coffee is used. It is boiled in the pot, often with elaborate rituals.

It makes the type of coffee known as Greek coffee, Turkish coffee or Arabic coffee depending on where you are and whom you support. The coffee is not as strong as espresso but has a muddy flavour due to the sediment taking up about one third of the cup. It is normally drunk black with plenty of sugar. If you want it without sugar in a restaurant, you must say this when ordering it.

This one is a taste which most of us will never acquire!