Yes, it's back - the H2G2 Bikini Competion. As you know, far back in the 1990s, it became politically incorrect to have Bikini Competitions, for it was feared that they were somehow sexist. But here on H2G2 we have a simple answer to that: so what? Besides which, the H2G2 Bikini Competition has always been open to women, men, fish, rocks, aliens, science fiction authors, demons, amoebas and insects of all ages. So no matter who and what you are, you're not only free, but also invited, to enter.

Simply click on the Entry conversation and write a short (50 words maximum) description of what your bikini looks like.

If you are nominating a friend, include their Name and User Number.

Entry into the competition is about to begin!

You can be disqualified if:

The Rules In Case Of A Draw

When voting ends, in the event of a draw, the following may apply:

Entrants So Far This Year

In alphabetical order, to avoid favouritism, complete with a description of their bikini:

The Swimming Pool And Beach:

If you've never been to the Swimming Pool or the Beach before, here's a guide to help you chose the thread for you. 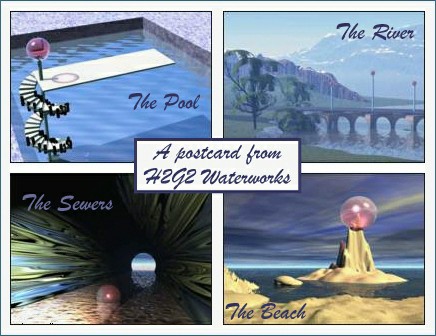 1As this is H2G2 I don't expect a problem with this. Friendly jibes are encouraged, but please avoid anything offensive. This includes the people running the competition as much as those entering.2H2G2 Researchers Against Swimming costumes3Except in case of draw.