Nicolas Louis de la Caille, his Lunar Crater and the X on the Terminator Content from the guide to life, the universe and everything 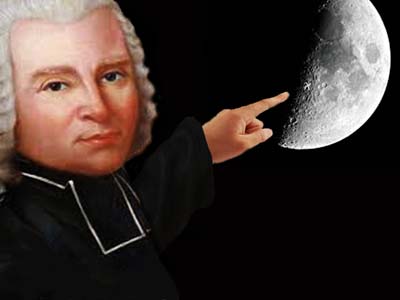 During a comparatively short life, Nicolas Louis de la Caille made more observations and calculations than all the astronomers of his time put together.
– French astronomer and author Joseph Jérôme Lefrançais de Lalande (1732 - 1807)

Nicolas Louis de la Caille1 was an 18th-Century French astronomer who never wanted fame but his name lives on thanks to his pioneering work in the Southern Hemisphere. He worked in Paris but went on an expedition to the Cape of Good Hope in 1751 which was to attempt to measure the radius of the Earth and determine distances to other Solar System objects. This observation area gave him a pristine view of the southern night sky. The sky above the South Pole is not visible from the Northern Hemisphere where all the astronomers lived, so that was one of the first times that this part of the heavens had been studied by an astronomer. Using the planet Mars as a point of reference, his observational records were the foundations for working out the lunar and solar parallax, which allowed the distance to the Moon and the Sun to be calculated. Among his discoveries were the spectacular globular star clusters 47 Tucanae and the one in Sagittarius, now called Messier 55 as it features in the Messier Catalogue. Others include the Eta Carinae Nebula, the Tarantula Nebula and the stunning open cluster Kappa Crucis (also known as the Jewel Box).

The information la Caille garnered during this time in South Africa enabled him to write the catalogue Coelum Australe Stelliferum when he returned to France in 1754. It described 42 nebular objects among almost 10,000 southern stars, delineated 14 new constellations and renamed one existing constellation2. La Caille also decommissioned Argo Navis, the humongous constellation commemorating the Argo (ship of the fabled Argonauts), one of the original 48 constellations of Ptolemy's time. It was broken up to form the more manageable Carina 'the keel', Puppis 'the stern' and Vela 'the sail'.

Unfortunately la Caille would not live to see his life's work published. Finding himself somewhat of a celebrity upon his return to France, he hid from public attention in the Collège des Quatre-Nations (also known as the Collège Mazarin), where he was Professor of Mathematics. He gave Halley's Comet its name, in honour of the man who successfully predicted its return. La Caille was also responsible for building an observatory on the college roof. Barely taking care of himself, he suffered from gout and was prone to over-working to the point of exhaustion. La Caille was just 48 years old when he died in 1762; his body was interred in the college chapel vault alongside past alumni and the college's founder, Cardinal Jules Mazarin. La Caille's Coelum Australe Stelliferum catalogue, edited by fellow astronomer Giovanni Domenico Maraldi, was posthumously published the following year.

There are 14 constellations which la Caille created in 1756 that are still in use today. They are:

There's a crater on the Moon named La Caille in honour of the French astronomer. If you time6 your observation of the terminator7 to just before the Moon's first quarter, there's a four-hour window when La Caille and two adjoining craters' walls are lit by sunlight while the craters themselves are in darkness, forming an 'X' shape. The X on the terminator was photographed on 3 March, 2009, by Jerry Lodriguss and published a week later on the Astronomy Picture of the Day website.

The other two craters creating this fascinating feature with La Caille are Blanchinus and Purbach:

There's also a lunar crater named after Regiomontanus which is superimposed by the Purbach crater in such a way that it appears heart-shaped. But that's another story.

1Other variations of his name include 'Nicolas-Louis' and 'Nicolas Louis de Lacaille'.2Musca Australis 'the southern fly' replaced Apis 'the bee' delineated by the Dutch astronomers Pieter Dirkszoon Keyser and Frederick de Houtman during their voyage to the southern seas between 1595 and 1597. It's now known as just Musca 'the fly'.3Now shortened to just Antlia 'the Air Pump'.4Astronomical units.5A light year is the distance light travels in one year, roughly 5.88 trillion miles or 9.46 trillion km.6Lunar phase calendars which you can programme to your location are available online.7The shadow line between lunar day and night.8Birth name Johannes Müller von Königsberg (1436-76).