Pronouncing Ancient Greek for English Speakers Content from the guide to life, the universe and everything 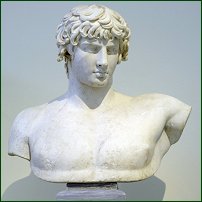 This is a guide to the pronunciation of Ancient Greek, as spoken before 330 BC. Ancient Greek was the language spoken during the 'Classical Era' in Athens, Sparta and the other cities of Greece. In around 330 BC, Alexander the Great conquered the Middle East and Persia and set up a Greek-speaking Empire. A new version of Greek known as Koinë, with a different pronunciation, started to be spoken throughout the Greek world, so this guide should not be used for anything after that date.

In general, the pronunciation of Ancient Greek is simpler than that of Modern Greek. This may be because some of it is a matter of a modern convention, since we don't know exactly what way it was spoken.

The first step is to transliterate the Greek alphabet into Roman spelling. There's a standard method of doing this which is accepted by just about everybody:

The second step is pronunciation.

Most of the consonants are pronounced exactly as in English, but note the following:

The pronunciation of the vowels is as follows:

Go tell the Spartans, stranger passing by,
that here, obedient to their laws, we lie.

This is the epitaph inscribed on the grave of the 300 Spartans at Thermopylae. It was composed by the poet Simonides (c556 - 468 BC).

Things which are equal to the same thing are also equal to one another.

This is Euclid's 'Common Notion 1', from his great work of mathematics, Elements.