Zetans: the UFO Legend and Betty Hill's Star Map Content from the guide to life, the universe and everything 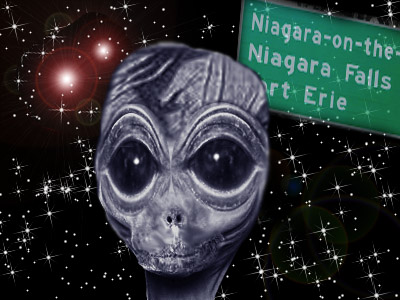 When the Zetas fill the skies
It's just our leaders in disguise
Fully loaded satellites
Will conquer nothing but our minds.
– extract from 'Exo-Politics' by Muse

Reticulum 'the reticle' was one of 15 modern constellations drawn up by French astronomer Nicolas Louis de la Caille in 1756 following his 1751-54 expedition to the Cape of Good Hope in South Africa. Zeta Reticuli is a wide binary star system residing in this obscure southern constellation. The two yellow dwarfs orbit each other in a period of about 3,750 years. There's nothing particularly remarkable about this star pairing but they are less than 40 light years1 from our Sun, which makes them neighbours in galactic terms.

In September 1996, astronomers noticed variations in the brightness of zeta2 Reticuli and thought that it might be caused by a planet orbiting the star. Subsequent checks dismissed the data as normal star pulsations. In 2007 a debris disc was detected around this star by the Spitzer Space Telescope in the infrared wavelength. Debris discs are essential in the evolution of a planetary system. Zeta Reticuli was one of the top 100 target stars for the Terrestrial Planet Finder until that project was dropped due to NASA budget cuts.

The star pair zeta1 and zeta2 Reticuli, in the southern sky constellation Reticulum only 39 light years away from us, are sun-like stars about 35 times closer to each other than the sun is to our nearest stellar neighbour. They are also about one billion years older than the sun. A civilisation that had a billion-year head start on us will certainly know things that we can't even dream of. Our own limited science has shown that nuclear fusion rockets can provide thrust far in excess of that provided by a chemical rocket, and so interstellar travel may be as easy for other civilisations now as non-stop flight across the ocean is for us today.
– Stanton Friedman, nuclear physicist and Ufologist2, author of Flying Saucers and Science: A Scientist Investigates the Mysteries of UFOs (2008).

There's a rather fascinating story involving zeta Reticuli which has become a legend among Ufologists. On 19 September, 1961, an American couple, Barney and Betty Hill, aged 39 and 42 respectively, were returning by car from a holiday at Niagara Falls. They had been married about a year; both had been married before.

They later claimed their journey was interrupted by something they couldn't quite remember and they experienced 'missing time'. Both were traumatised by disturbing memories and sought to get to the bottom of the mystery by undergoing hypnotherapy sessions. They eventually found a psychiatrist, Dr Benjamin Simon, who was willing to hypnotise them.

Betty remembered asking the aliens where they were from and was shown a three-dimensional star map. Dr Simon suggested she could draw the map and Betty attempted it. No one at the time could identify the pattern of stars she drew. Dr Simon's professional conclusion was that Betty had dreamed the whole event and that Barney, who was often fearful of prejudice and was worried about the political situation at the time, had been influenced by her talking about it.

The Hills' story came to the general public's attention in 1965 when a newspaper published it on their front page. The following year a book, The Interrupted Journey, was written with the couple's agreement – it became a bestseller. One person intrigued by the story, and in particular the mysterious star map, was teacher and amateur astronomer Marjorie Fish, who used the 1969 publication of the Gliese Catalogue of Nearby Stars to tackle the puzzle.

Over the next five years she explored many scenarios and eventually proposed that the star map showed a journey from star to star beginning from the zeta Reticuli system. The story reached the ears of the editor of Astronomy magazine and an article about 'The Zeta Reticuli Incident' appeared in their December 1974 issue, which received responses from both sides of the fence.

Cosmologist Carl Sagan5, a proponent of extra-terrestrial life, suggested that the original encounter had been a hallucination, and that the apparent correspondence between Betty's map and the stars around the zeta Reticuli system was just due to chance. Given a big enough collection of stars, there's always an apparent match to almost any pattern.

Other people believed the Hills had met a race of aliens they called the 'Greys' who were in the habit of abducting humans for experimental purposes, and this was their most daring kidnap yet. A film about the Hills and their hypnotherapy sessions, including dramatic reconstruction of what was described in them, was made in 1975. The UFO Incident starred James Earl Jones as Barney and Estelle Parsons as Betty.

In the early 1990s more accurate measurements were taken concerning the stars in the immediate neighbourhood of our Sun. This data was used to update Marjorie Fish's interpretation of Betty Hill's star map. Some stars which Fish had originally dismissed were no longer ineligible, and some were further away than had been thought, so the theory that the stars matched a route from the zeta Reticuli system collapsed.

An article called 'Goodbye, Zeta Reticuli' appeared in the Fortean Times of November 2008 debunking the Hill/Fish star map, following which Marjorie Fish publically stated that she 'now felt that the correlation was unlikely'. However, dismissing the zeta Reticuli map and denying the Hills' kidnap story hasn't made it go away, and the liver-eating 'Zetans' are referred to in sci-fi productions such as The X-Files.

Evil and benevolent versions of grey aliens abound in popular culture and feature in the popular shows Star Trek, Stargate SG-1 and Babylon 5. It was a grey alien which was the subject of Alien Autopsy, a 2006 film starring Ant & Dec, who played Elvis memorabilia hunters Gary Shoefield and Ray Santilli. They acted out a reconstruction of what supposedly happened to an unfortunate occupant of a UFO which allegedly crashed at Roswell, New Mexico, in July 1947.

Barney Hill died following a brain hæmorrhage in 1969 when he was just 46 years old. His widow Betty became a celebrity among Ufologists; she continued to talk about her close encounter of the fifth kind and attended UFO sky-watches with like-minded people until she died in 2004, aged 85 years. It is up to the individual reader to make up their own mind as to whether to believe the Hills' version of events or not, as no conclusions are drawn here. 'Are we alone in the Universe?' is a question that remains unanswered, for now.

1A light year is the distance light travels in one year, roughly 5.88 trillion miles or 9.46 trillion km.2UFO researcher. Ufology is the study of UFOs (unidentified flying objects).3No orgasm was involved.4Betty was not pregnant and had borne no children previously. She had adopted two children during her first marriage; they were adults by 1961.5He wrote the novel Contact and assisted in the production of the film version of the book starring Jodie Foster, Matthew McConaughey, Tom Skerritt and John Hurt.