The Closest Stars - Facts, Fiction and Fantasy Content from the guide to life, the universe and everything 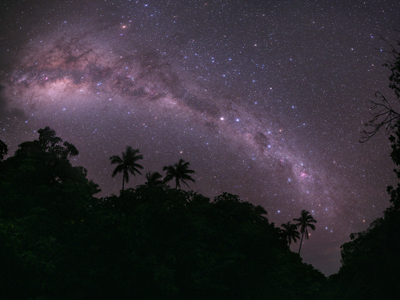 We should remember that... of the 6,000 stars [that] the average human eye could see in the entire sky, probably not more than thirty – or one-half of one percent – are less luminous than the Sun; that probably, of the 700-odd stars nearer than ten parsecs, at least 96% are less luminous than the Sun. There is not even ONE real yellow giant – such as Capella, Pollux, or Arcturus – nearer than ten parsecs1 and only about four main sequence A stars.
– Dutch astronomer Willem Jacob Luyten (1899 - 1994)

The closest star to us is, of course, our own Sun. It's unusual because it's a solitary yellow dwarf, while most of the stars nearby are in binary or even multiple systems. What makes our star really special though, is that it provides the energy for the only life in the Universe that we know of.

The nearest star to the Sun is Proxima Centauri (also known as alpha Centauri C), which is a red dwarf, and is 4.2 light years2 distant. It has two stellar companions, the yellow dwarf Rigil Kentaurus (alpha Centauri A) and an orange dwarf, alpha Centauri B. They take up joint second place in our list, at 4.35 light years.

Barnard's Star, a red dwarf, is just under six light years away. Next comes Wolf 359, another red dwarf. Yet another red dwarf, Lalande 21185, was thought to be the fourth-closest star when its co-ordinates were published by Joseph-Jérôme Lefrançais de Lalande (1732 - 1807) in 1801. This was before Barnard's Star and Wolf 359 were discovered. Lalande 21185 cannot be seen by the naked eye because at 7th magnitude it is too dim; however, it counts as sixth-closest to the Sun at 8.3 light years.

The seventh-closest is a star most denizens of Earth would recognise: Sirius (alpha Canis Majoris), with eighth place taken by its companion Sirius B, sometimes referred to as 'the Pup'. Sirius B is classified as a white dwarf, but it is one of the biggest known: in fact, its mass is comparable to that of our own Sun.

Completing the top ten stellar neighbours are BL Ceti, a red dwarf flare star, and its binary partner UV Ceti3, which are 8.7 light years away from our Sun. Flare stars unleash bright flashes of light as well as streams of charged particles. Some of the stars studied have flares of such enormous intensity that they can increase the brightness of the star by up to 10%. The flares are only brief, like a camera flash, but would be detrimental to any nearby planets.

Between Ten and Twelve Light Years

At 10.3 light years is another one on the Ross catalogue: Ross 248, a red dwarf flare star. Due to the wide variety of periods that this star flares (4.2 years, 120 days, and five other catalogued outbursts between 60 and 291 days apart), astronomers suspect that Ross 248 has an undetected companion which is causing the erratic flaring. Next on is Epsilon Eridani, which has a dust disc4 and a suspected extrasolar planet system, the closest detected up to the time of writing, 2012. The two candidate planets are not thought to be hospitable to life (as we know it) because their proposed orbits are so far from the star. If the planets do exist, they are likely to be frigid worlds like our outermost planet Neptune5.

The French astronomer Nicolas Louis de Lacaille (1713 - 62) went on a 1751-4 expedition to the Cape of Good Hope, effectively a blank canvas sky for him to map. Using the planet Mars as a point of reference, his observations were the foundations for working out the lunar and solar parallax. Finding himself somewhat of a celebrity upon his return to Paris, de Lacaille hid from public attention in Mazarin College, writing up his findings. Barely taking care of himself, de Lacaille suffered from gout and was prone to over-working to the point of exhaustion. Unfortunately his catalogue, Coelum Australe Stelliferum, which described 14 new constellations and 42 nebulous objects among almost 10,000 southern stars, wasn't published until after he died at the age of just 49 years. One of those stars, Lacaille 9352, ranks as the 14th-closest to our Sun at 10.7 light years distance.

EZ Aquarii is a triple star system situated at 11.3 light years away. EZ Aquarii A, B and C are all red dwarfs, and they may all be flare stars; however, not much is known about the smallest component (B). They are so dim (magnitude +13) that specialist equipment is required to view them. The system was labelled Luyten 789-6 by Dutch astronomer Willem Jacob Luyten, whose interest in astronomy had been sparked by viewing the predicted return of Halley's Comet in 1910, as an 11-year old schoolboy. In 1925 Luyten lost an eye in an accident but this tragedy did not wreck his chosen career. He was already working at the Harvard College Observatory, having been offered a post by the new director Harlow Shapley, whose own profile had been raised due to his participation in the Shapley-Curtis Debate of 1920. Luyten 'observed and measured more stellar images than anyone else', according to his biography at the National Academy of Sciences. He took up teaching at the University of Minnesota in 1931, and when he retired in 1967 he was given the title of Astronomer Emeritus which he held until his death at the ripe old age of 95.

Procyon is a binary system which registers at +0.3 magnitude. The system consists of a yellow-white main sequence subgiant star, Procyon A, and a white dwarf companion, Procyon B, which was detected by Arthur von Auwers in 1862.

The binary system 61 Cygni has two orange dwarf components of 6th magnitude at 11.41 light years away. Its distance was the first to be measured of any star. These two stars claim joint 21st place in our list of close stellar neighbours. Another pair of red dwarf stars, Struve 2398 A and B, positioned at just 11.5 light years distant, are the next nearest. They were studied by Russian-German astronomer Prof Friedrich von Struve (1793 - 1864), director of the Dorpat Observatory (now the Tartu Observatory) in Estonia, who listed them in his Catalogus novus stellarum duplicium (Double Star Catalogue) of 1827.

Groombridge 34 are twin variable red dwarfs. Newly-discovered variable stars are given upper case capital letters, so Groombridge 34 A and B are also known as GX Andromedae and GQ Andromedae respectively. The Epsilon Indi system is fascinating because it contains the closest-known brown dwarfs. Brown dwarfs are approximately the same size as Jupiter6, but their mass is at least ten times greater, possibly up to 50×. These bodies are neither star nor planet, but 'failed' stars. Other titles have been proposed, as it's hardly encouraging to keep referring to them as 'failed stars'. Suggestions so far include planetar (which sounds like something from the science fiction genre) and substar (that 'sub' prefix isn't much of an improvement). Since 2004, planets have been discovered orbiting brown dwarfs, (although not, as yet, in the Epsilon Indi system), so their profile has been raised. Hopefully they are in line for a better class in the future.

DX Cancri is a solo red dwarf flare star which expands to five times its usual brightness during flare activity. It is thought by some astronomers that DX Cancri is a member of the Castor Moving Group which was suggested in 1990 by JP Anosova and VV Orlov at the Astronomical Observatory in Leningrad State University, Russia. A moving group is the term for a collection of stars which share the same origin. Although they are not gravitationally bound to each other they are on the same path on their journey through the galaxy, like an unravelled, stretched-out cluster. The Castor Moving Group is named after the luminary of Gemini, and includes the stars Alderamin (alpha Cephei), Fomalhaut, Vega, psi Velorum and Zubenelgenubi (alpha Librae).

Tau Ceti is one of the few nearby stars which are visible to the naked eye, albeit in the dim constellation Cetus, the Whale. Tau Ceti shot to fame in 1960, when Frank Drake launched Project Ozma, aiming to detect non-natural signals from space. Drake chose two stars which were similar to our Sun, Tau Ceti and Epsilon Eridani, for his project, which evolved to become SETI, the Search for Extra-terrestrial Intelligence. In December 2012, it was announced that five planets had been discovered orbiting Tau Ceti, with one of them possibly residing in the system's habitable zone.

Red dwarf GJ 1061 in the southern constellation Horologium is the last of the stars within 12 light years. GJ 1061 is really small, even on the dwarf star scale: it registers just over ten percent of the Sun's mass. It is so dim (+13 mag) that you'd need a decent-sized telescope to view it, but just in case you ever get the opportunity, its co-ordinates are 03h 36m RA, −44° 30' 46" Dec. During August 2019, the Red Dots project of detecting terrestrial planets around nearby red dwarf stars announced the discovery of three Earth-like planets belonging to this system, two of them residing within the habitable zone of the star.

Nearby Stars in Fantasy and Science Fiction

Stars which are close to our own Solar System have inspired imaginative writers going back hundreds of years. Here is just a sample:

Photograph courtesy of Tunc Tezel, www.twanight.org
1A parsec is 3.26 light years, so ten parsecs equates to 32.6 light years.2A light year is the distance light travels in one year, roughly 5.88 trillion miles or 9.46 trillion km.3The prototype for UV Ceti-type flare stars.4Epsilon Eridani, along with Vega, Fomalhaut and beta Pictoris, are dubbed the 'Fabulous Four' debris stars; the debris was discovered by the IRAS (Infrared Astronomical Satellite).5Pluto was demoted as a planet in 2006.6Astronomers use the 'Jovian scale', based upon the planet Jupiter, the largest planet in our own Solar System, to convey the size of an object.7'He was eight leagues tall, or 24,000 geometric paces of five feet each' - this equates to almost 146,000 feet/44,448 metres.