Hello, and welcome to the seventh edition of Super Market, the monthly update of everything exciting taking place in h2g2's own Flea Market.

Florida Sailor has become the 17th person to be awarded the coveted Scavenger badge, having successfully rescued five articles from the Flea Market!

Florida Sailor: Having just won the coveted 'Scavenger's Badge', somebody suggested I should Interview you, would you mind?

Bluebottle: Not at all - sounds quite fun.

Florida Sailor: It would not be fair to just ask your own excellent questions, so I will try a few of my own.

With 236 Entries in the Guide, no one should be surprised to learn you are one our most prolific Authors. I see you also have 12 Flea Market Rescues:

Is there one that stands out as the most fun to write?

Bluebottle: If I had to pick one, I suppose it would be A Visitor's Guide to Leeds, West Yorkshire, UK. The research for that involved day trips with the family to places such as: Abbey House Museum, Abbey Light Railway, Armley Mills (Leeds Industrial Museum), Harewood House, Kirkstall Abbey, Leeds Art Gallery, Leeds City Museum, Middleton Railway, The Royal Armouries, Tropical World and the U-8047. It was terrible hard work, all of it. The sacrifices I make for h2g2...

Florida Sailor: On the other hand, was there one that proved to be the most difficult to complete, if so, why?

Bluebottle: Possibly my attempt to rescue The Sonic The hedgehog series,spin offs and secrets. It was quite a large article, so I split it into two, which doubled the work involved for a start. It was also written in a completely different style to mine, and though I had played many of the early games, I hadn't played all the games discussed. Although it was in a different style to how I normally write, I didn't want to re-write it in such a way that I threw the baby out with the bathwater and lose what had attracted me to the article in the first place.

Florida Sailor: I know as part of your duties you have to send some Entries 'back to entry', Could you share a few of your thoughts on this process?

Bluebottle: Sometimes an author who has submitted something to Peer Review leaves h2g2. We call this

Elvising, as, like Elvis, they have 'left the building'. As the author isn't around to finish off the article they've written, Scouts have three options:

There are many reasons why an article goes 'Back to Entry'. Let us hypothetically assume that someone has written an article on Numbers and then sadly Elvised. What should we do with the entry?

First of all, there might already be an entry on Numbers in the Edited Guide. Does that automatically mean that the new version should go Back to Entry? Not necessarily - we need to see how much overlap there is, and what the actual focus of both entries is. The Edited entry might, on closer inspection, be all about Even Numbers and the new version only about Odd numbers, so although the subject is similar, they are different and there is room to have both articles.

If the entry is all opinion (ie, Number 1 is the best number, number 3 is smelly), wildly inaccurate (The first odd number is 8. 3+9=42), advertising (Buy The Beatles' 1 album!) or so short that if you wanted to write about odd numbers, it would be just as easy to start completely from scratch, then the entry would go Back to Entry.

Only articles that are good enough that they have the potential to be rescued make it into the Flea Market - it isn't a dumping ground!

Florida Sailor: How much revision do you think proper in a FM Rescue?

Bluebottle: Well, it very much depends on the article. All articles in the Flea Market must need some revision, otherwise they would have made it into the Edited Guide. A read through of the original Peer Review or Writing Workshop threads will give an idea of what sort of thing needs to be done. If it is on a subject I know, then I'd see whether the entry covers what I know about the subject or not.

Sometimes I change a lot, other times just tweak a bit and add a paragraph or two here and there. It all depends on what is needed.

Florida Sailor: Do you know what the record is for the same Entry to be sent to the FM before reaching the Edited Guide?

There are four subjects in the Flea Market which this currently applies to:

When I rescued the article on Walls, I found it useful to be able to see all the differences between the articles, where different people had taken the articles in different directions, and enjoyed the luxury of combining the best of both with my own plans for the entry.

Florida Sailor: Have you ever been tempted to leave a link on somebody's personal page for a Rescue you thought might be appropriate for them?

Bluebottle: To be honest, I've not. I don't think I would - I wouldn't want anyone to feel bullied into doing a Flea Market Rescue. I might mention it in a Peer Review or Flea Market conversation if someone had previously expressed an interest, but I wouldn't want to intrude. Not everyone has the time to do repeated rescues!

Florida Sailor: What do think should be done if a Researcher start an Entry that has a FM Entry on the same subject, but from a totally different viewpoint; should the earlier Author be credited?

Bluebottle: Only if the version that makes it into the Edited Guide contains something written by the author of the version in the Flea Market.

A couple of years ago Giford wrote a 13-article University Project written about Isaac Newton. At the time there had been an earlier short article on Isaac Newton in the Flea Market. The project was far, far more detailed and Giford definitely deserved his solo credit.

The Flea Market isn't there to put people off writing their own articles, or steal the writing credits from them!

Florida Sailor: I will not ask about a 'Favourite Rescue', either your own or those of the rest of us, that would not be fair. I might ask if you found one that was the most unusual? Or one that was changed in a surprising way?

Florida Sailor: Do you have a list of things that should be considered before anyone Rescues an Entry?

Bluebottle: There are things that I consider before I rescue an entry, but how other people choose to write is up to them. Basically I think to myself whether or not the entry is on a topic that I either know about or am interested in. If I know about something, of course it helps - but it isn't the most important thing. When writing for Flea Market Rescues or solo projects I often begin by borrowing books on that topic from the libraries.

The most important thing I find to consider is whether or not I am actually interested in the subject. After all, if I am not interested in what I am writing, how can I expect anyone who reads it to be interested too? In any case, the Flea Market rescue might hang around in Peer Review for many months, so if it is a subject I'm not interested in, I'm condemning myself to potentially discuss something I dislike daily for the foreseeable future.

Oh, and I always read through the previous Peer Review conversation and consider what has been said before. I might not agree with every comment, but I do consider them.

Florida Sailor: And lastly is there anything you would like to add? After all it IS your column.

Bluebottle: It's still my column? Sigh I was hoping for a month off...

The Flea Market is having a clear out! Many of these articles have been in Peer Review for up to a decade or more with no interest shown in rescuing them. In many cases the articles are now surely out of date. Rather than let these gather dust in the Flea Market for all eternity, we feel that the time has come for these to return Back to Entry.

So why not rescue one of these? Or your chance will be lost forever! 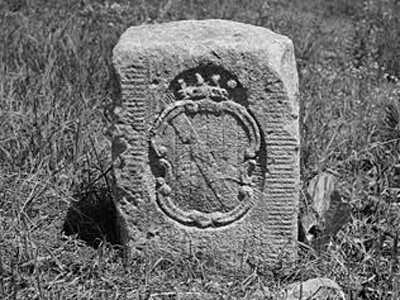 Since the last issue, one Flea Market Rescue has been recommended from Peer Review.

We look forward to seeing this on the front page soon!

The Flea Market now has its own Archive page in The Post, where all Flea Market and Scavenging articles that have appeared in h2g2's newspaper are now kept.

These are the articles being rescued from the Flea Market that are currently in Peer Review. Why not help by reviewing the new version of the article?
Aricles in Bold are new entries which have been submitted since the last issue of SuperMarket was published.