The Bulwer-Lytton Fiction Contest Content from the guide to life, the universe and everything 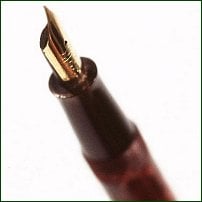 Edward George Bulwer-Lytton was a well-regarded Victorian novelist, though he is now mostly forgotten. He is reported to have created several phrases that are now in general usage, such as 'the great unwashed', 'the pen is mightier than the sword', 'the almighty dollar' and 'It was a dark and stormy night'. It's that last phrase that gave rise to the competition the bears his name, though not for the best of reasons.

"It was a dark and stormy night; the rain fell in torrents - except at occasional intervals, when it was checked by a violent gust of wind which swept up the streets (for it is in London that our scene lies), rattling along the housetops, and fiercely agitating the scanty flame of the lamps that struggled against the darkness."

That is the opening sentence of Bulwer-Lytton's 1830 novel Paul Clifford. And what a convoluted sentence it is. It's got that semi-colon quite early on, that hyphen that appears to serve no purpose, and those parentheses that contain the most important bit of information in the whole sentence. Ultimately the sentence as a whole is such an ill-conceived rambling mess that it discourages you from continuing any further. It was uncovered by Professor Scott Rice of San Jose State University during his graduate research, and became fixed in his mind as the worst opening sentence of any book ever written.

In 1982 he brought this conviction to a wider audience, and began the Bulwer-Lytton Fiction Contest. The purpose of the competition is to reproduce that belief in the mind of Scott Rice. All you have to do is craft a sentence that could potentially supersede Bulwer-Lytton's effort as the worst opening sentence of any book ever written. You don't have to write the rest of the novel, just an extremely bad opening sentence. Entry to the Contest is open to everyone, any day of the year, as many times as they like, though the official deadline for entries is 15th April. However, if you miss the deadline your entry is merely added to next year's competition.

A Sample of Literary Crimes

During the course of the contest many authors of awful fiction have contributed, and Professor Rice has introduced sub-categories, such as Purple Prose, Vile Puns, and the more normal Western, Romance and Detective, so that more people can have their painful work acknowledged. Previous Grand Prize1 winners include:

The camel died quite suddenly on the second day, and Selena fretted sulkily and, buffing her already impeccable nails - not for the first time since the journey began - pondered snidely if this would dissolve into a vignette of minor inconveniences like all the other holidays spent with Basil.

The first winner, written by Gail Cain from San Francisco. Mind you, it was a campus-only competition in that first year, and there were only three entrants.

The bone-chilling scream split the warm summer night in two, the first half being before the scream when it was fairly balmy and calm and pleasant for those who hadn't heard the scream at all, but not calm or balmy or even very nice for those who did hear the scream, discounting the little period of time during the actual scream itself when your ears might have been hearing it but your brain wasn't reacting yet to let you know.

The winner from 1986 contributed by Patricia E Presutti of New York.

She wasn't really my type, a hard-looking but untalented reporter from the local cat box liner, but the first   second that the third-rate representative of the fourth estate cracked open a new fifth of old Scotch, my sixth sense said seventh heaven was as close as an eighth note from Beethoven's   Ninth Symphony, so, nervous as a tenth grader drowning in eleventh-hour cramming for a physics exam, I swept her into my longing arms, and, humming "The Twelfth of Never," I got lucky on Friday the thirteenth.

The very numerical winner in 1993 from William W 'Buddy' Ocheltree of Washington.

The corpse exuded the irresistible aroma of a piquant, ancho chili glaze enticingly enhanced with a hint of fresh cilantro as it lay before him, coyly garnished by a garland of variegated radicchio and caramelised onions, and impishly drizzled with glistening rivulets of vintage balsamic vinegar and roasted garlic oil; yes, as he surveyed the body of the slain food critic slumped on the floor of the cozy, but nearly empty, bistro, a quick inventory of his senses told corpulent Inspector Moreau that this was, in all likelihood, an inside job.

That really is the kind of sentence that actively discourages you from reading further. It was cooked up by Bob Perry from Massachusetts, and made him the winner in 1998.

She resolved to end the love affair with Ramon tonight...summarily, like Martha Stewart ripping the sand vein out of a shrimp's tail...though the term "love affair" now struck her as a ridiculous euphemism...not unlike 'sand vein,' which is after all an intestine, not a vein... and that tarry substance inside certainly isn't sand... and that brought her back to Ramon.

The 2004 winner gets endlessly sidetracked, written by Dave Zobel of Manhattan

Detective Bart Lasiter was in his office studying the light from his one small window falling on his super burrito when the door swung open to reveal a woman whose body said you've had your last burrito for a while, whose face said angels did exist, and whose eyes said she could make you dig your own grave and lick the shovel clean.

The winner from 2006, crafted by Jim Guigli from Carmichael, California. By this time the number of entrants is around 10,000, and so reaching the nadir of creative fiction must surely be a harder task.

Over the course of the competition Professor Rice has produced various compilations of the entries he has received. There have been five so far, with more, no doubt, due to follow.

The site of the Bulwer-Lytton Fiction Contest contains a 'Lyttony' of previous winners, sub-category winners, and other dishonourable mentions.

You can read the full text of Bulwer-Lytton's Paul Clifford at Project Gutenberg.

Other surreal literary competitions exist. Like Bookseller's Diagram Prize for the oddest book title of the year.

1A prize that is truly priceless