April Fool's Day Content from the guide to life, the universe and everything 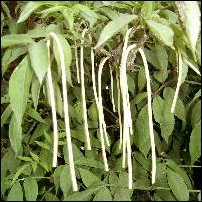 Also known as 'All Fool's Day', this is a day where people play tricks on each other and it takes place on 1 April. Most of the tricks involve getting someone to believe something ridiculous, if only for a second. For example, if you tell them 'there is a tarantula on your shoulder' and, startled, they look to see if it's true, it is then that you may shout out 'April Fool'.

In some countries (eg, Ireland and Cyprus) the tradition goes that after 12 noon you can no longer play tricks. In the afternoon, whoever does play a trick becomes the fool. This scenario may have been designed by adults to give themselves a bit of a rest.

There is a rhyme that children recite if anyone attempts an April Fool trick after 1 April:

April Fool is dead and gone,
You're a fool to carry it on.

One possibility is that the celebration originated in France when the Gregorian calendar was introduced by King Charles IX. Instead of the New Year's celebrations starting on 25 March and ending on 1 April, as they had done previously, the New Year was moved to 1 January. Those that continued to celebrate the New Year in Spring, or simply forgot, became the butt of tricks and jokes and were called Poisson d'avril, meaning 'April Fish'. This must have been so much fun that it spread all over the world and people played tricks on everyone, not just the people who didn't accept the new calendar.

Even if you don't usually read newspapers, make sure you do on 1 April. Some of the articles and adverts are cleverly deliberately incorrect. See if you can spot them!

Some interesting untruths have included:

King Philipp the Gracious and His Jester

King Philipp the Gracious, in the year 1466, made a bet with his court jester: the jester would earn a bag full of gold if he managed to fool the King on 1 April. Otherwise he would lose his head.

Philipp, clever as he was, met with his jester the day before 1 April and got him drunk. When the jester came back to his senses, he found himself sentenced to death, already on the scaffold, with the executioner's sword already raised.

What the jester didn't know was that the whole thing was an April Fool's trick played on him, the sword wasn't a sharp one and there was a hog's bladder attached to his neck, filled with blood. The sword was swung, blood poured all over the place. However, the jester didn't move an inch. King Philipp, surprised and distraught, and convinced that his ruse had horribly back-fired and that Jester was actually maimed, went to over to recover the jester's remains, whereupon the jester suddenly lifted up his head and requested his bag of gold!