Triangles Content from the guide to life, the universe and everything 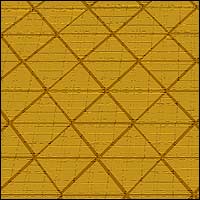 This entry is about the triangle of Euclidean geometry1. It is defined as a planar (two-dimensional) figure bounded by three straight lines and therefore having three interior angles and three exterior angles. The sum of the interior angles of a triangle equals 180°2. It is a convex shape: if you draw a line from any point in the shape to any other, then the line is within the shape.

Triangles were among the first things studied in geometry. This is partly because they're so simple and partly because many shapes can be reduced to triangles in some way.

Other Definitions of the Word 'Triangle'

This article is about the type of triangle defined above. The following definitions also exist:

There are two methods of classifying triangles: by the relative lengths of their sides and according to the size of their largest internal angle.

When looking at the lengths of sides:

When looking at the size of the largest internal angle:

A vertex4 refers to one of the points of the triangle, where two sides meet.

Any one of the sides may be considered the base of the triangle. The perpendicular distance5 from a base to the opposite vertex is called an altitude6.

The circumcenter is where three perpendicular bisectors meet in a single point; this point is the centre of the circumcircle, the circle passing through all three vertices.

The line segment joining the midpoint of a side to the opposite vertex is called a median.

Two triangles are said to be similar if the angles of one are equal to the corresponding angles of the other. In this case, the lengths of their corresponding sides are proportional. This occurs, for example, when two triangles share an angle and the sides opposite to that angle are parallel.

In a right-angled triangle the hypotenuse is the side opposite the right angle and is the longest side.

The Mathematics of Triangles

Some Uses Of Triangles

If you put three points anywhere in space (not in a straight line) you have exactly one plane that goes through all three. This is unique to three points, any more points and there may not be a plane and any less and there are multiple planes. This is useful as it means that a three-legged stool will be stable no matter how uneven the ground7. It also helps simplify some calculations, for example, those in 3-D graphics.

In 3-D graphics, the surfaces of 3-D objects are broken down into triangles. Small numbers of triangles are used for flat surfaces, while large numbers are used to mould curved surfaces similar to the way a geodesic dome is constructed8. The triangle vertices are computed on an X-Y-Z scale and every one must be recomputed each time the object is moved.

Triangluation is using the trigonometry of sines cosines and Pythagoras's Theorem to find your location assuming you know two angles and a length of one side a triangle. Trilateration is how to work out your exact point in space assuming you know the distance to three (if you are working on a plane) or four (in 3D) points. Triangulation and trilateration are used for many purposes, including surveying, navigation, metrology (the science that deals with measurement), astrometry (the measurement of the positions and motions of celestial bodies), binocular vision and gun direction of weapons. They are the basis on which GPS (Global Positioning System) works.

Triangles have many uses in construction due to their strong and rigid shape. They are the basis of many buildings including bridges, monuments9 and domes. The geodesic dome is one of the most stable of geometric forms and is made of many triangles (as tetrahedrons) which distribute stress evenly to all elements of the dome, providing a high strength-to-weight ratio. The dome of the Eden Project is an example of such a geodesic dome, although this dome is of triangles arranged together as hexagons and pentagons.

1Euclidean geometry is the familiar kind of geometry on the plane or in three dimensions.2While this certainly appears to be true, it can't actually be proved, and non-Euclidean geometries in which the angles add up to less than or more than 180° have been found to be completely consistent, although not bearing much relevance to Planet Earth. They imply the existence of curved space.3Also sometimes known as a 'right triangle'.4Plural: Vertices.5Perpendicular means forming a right angle with.6This is also known in common language as the height.7As long as the ground is not so uneven that the stool actually falls over.8It takes an enormous number of triangles to simulate totally round objects.9For example: The Eiffel Tower, The Statue of Liberty and the Crystal Palace.