Wake up, . The Matrix has you.Hello, fellow alabaster fanView this page in alabaster

Hello, and welcome to my personal space. It's a bit of a chimera, as rather than have a coherent pattern, I simply stick in stuff I find that looks cool, but unfortunately have little patience or time to spend on updateation, and so this thing is about four years out of date (except for that sentence). Sorry about that. I also don't have very many links to the numerous cool groups I'm a member of, and I plan on posting them here sometime, but you'll have to wait.

I first discovered h2g2 by way of a short article in DOORS. Actually, it wasn't so much an article as a footnote. Well, a note in the margin. Basically, it described a website based on the actual premise of The Hitchhiker's Guide to the Galaxy . I was a huge Douglas Adams fan at the time, and so decided to check it out. When I did, there was an excellent entry on my home city on the front page. That settled it, and I signed up two days later. This made h2g2 the first website I ever registered on.

I love h2g2. It gives me some respite from the chaos of the modern world at the end of the day, and as I am to do my Leaving Cert later this year (within a month, in fact), I really need something to keep me on the right side of sanity. h2g2 does that job admirably. Anyway, here is some stuff about me, which you can skip if you want to. It gets better later on.

If I was a mech I'd be: Megazord

If I was a horrible affliction I'd be: Syphilis

I have pretty simple literary tastes - basically I am a scifi and fantasy fan, and dislike realistic books. Scifi, fantasy, and scifan are much more inventive, although I admit they also contain the greatest amount of crap as well. My top five books are:

1: The Lord of the Rings by JRR Tolkein

2: The Stand by Stephen King

3: Of Mice and Men by John Steinbeck

4: The Ring of Ritornel by Charles L Harnass

5: The End of Eternity by Isaac Asimov

My top five book series are:

1: The Wheel of Time by Robert Jordan

2: The Dragons of Pern by Anne McCaffrey

4: His Dark Materials by Phillip Pullman

I am a major animé fan, but also like some western shows. My movie tastes tend to reflect those of literature. I also quite like Hong Kong Kung Fu movies, the real kind, not those sh1tty dubbed ones. My top five animé shows are:

My top five non-animé shows are:

My top five animé movies are:

My top five non-animé movies are:

1: The Heroic Trio
2: Fist of Fury
3: Snake in the Eagle's Shadow
4: Ninja in the Dragon's Den
5: Executioners

I have been a Nintendo fan since the age of six, and while other companies and consoles do have good games, Nintendo will always be the one for me. My top five video games are:

I like music, particularly hard rock and heavy metal. All pop singers should be taken outside and shot (except Avril Lavigne, because she's Canadian). My top five bands are:

5: Fields of the Nephillim

My top five songs are:

4: Another Brick in the Wall Part II - Pink Floyd

5: The Sounds of Silence - Simon and Grafunkel

As I am at this present time currently engaged in reading the Qu'ran, I would say that I am between religions. I was raised Catholic, but the more I read, the more it seems like the Muslims have a far better claim to being the One True FaithTM. However, I have also read the first two and a half books of the Conversations With God series, and found them extremely positive and life-affirming. I'll probably just live my life by them.

I also practise chaos magick. Seriously, I have caused stuff to happen. Nothing world-changing, just getting annoying people to shut up and stuff, but I also plan on using it for global change when I am in college.

I am pro-life, anti-globalisation, a nerd, semi geek, and apprentice otaku. World governments, and particularly that of the USA, are keeping secrets from us. Marijuana should be legal, politicians are far too corrupt, and unless we actually start doing stuff, the world will slowly sink into moral decay. We have become largely a world of talkers who ridicule doers.

These people are known as humatons, a word I borrow from Jake Horsely. What is a humaton, may you ask? Morpheus said it best: "Look around you and what do you see? Doctors, lawyers, teachers. Most of them are not yet ready to be unplugged. Many of them are so hopelessly dependant on the system that they will fight to defend it." The word humaton derives from the words human and automaton - literally, an organic robot. And I don't mean robot in a cool, scifi way, no Asimov or Matrix here. I'm talking about industrial robots, metal constructs whose only purpose is to do work for and thus sustain gigantic multinational companies, thus get them more money and consolidate their power. Most humatons are not in the literal factory, but they are out there in the world factory, buying stuff all the time in a vain search for meaning in their lives. For a long time, they were called consumers, but this term is a bit misleading. I am a consumer, but I am no humaton.

Horsely originally used the word humaton in his philosophical book Matrix Warrior: Being the One . This book assumes that the Matrix is totally, literally real; however, if you take the Matrix as a metaphor for the human mindset, it becomes sound philosophy. As we throw off our addictions and habits such as drugs, TV, movies, sex, etc., we gradually unplug from the Matrix. We must also stop following celebrities, as they encourage us to use TV screens (and, more recently, webcams) as eyes with which to look upon the 'real,' despite the fact that celebrities are easily the most artificial, fake people walking the Earth today.

Man, that really went on, didn't it? I sure hope that it gives you some idea of the sort of person I am. If you are still reading, I can assume that you, too, are weird, or at least would like to be. We're gonna get along just fine.

These Pictures Are Links to the h2g2 Groups I'm a Member of and my Titles Within Them (if any). 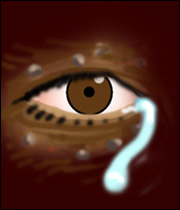 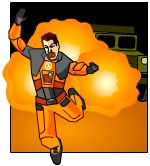 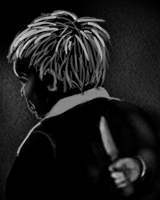 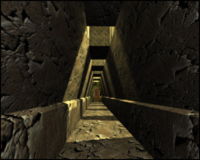 Campaign to Promote Awareness of Microbes 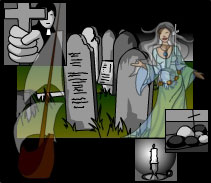 Assorted badges and other cool stuff.