Australian Slang Content from the guide to life, the universe and everything 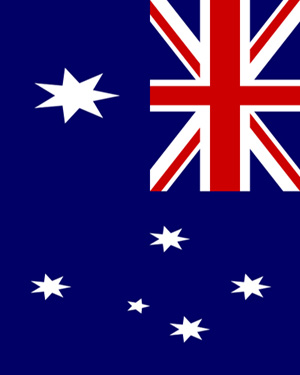 What was that? That was 'Strine', or Australian, a language and way of speaking that has confused both the indigenous and visiting people of the Great Land Down Under since its slow formation and development from the late 1700s to the present day. The eclectic mix of English, Welsh, Irish, Scottish, German and Dutch colonists to Australia went about creating a dialect that differs not only from any other English-speaking nations of the world, but from state to state in the country itself.

Australian slang can be slight or it can be fully unintelligible gibberish, dependent on the speaker or the location. There is a tendency to alter vowel sounds – for example, 'ee' becomes 'oo':

Another linguistic foible of Aussies is to abbreviate long words:

Some Australians speak in a manner that sounds like they've simply crammed all they wanted to say into one sentence, all at once:

while others lay on a questioning tone to everything, accompanied by the ever-present 'eh/ay':

Strewth mate, get us a beer eh?

The worst-case scenario is, of course, a linguistic cocktail of the lot, with local dialect and rhyming slang derivatives of cockney thrown in for good measure. This is most commonly found in small rural areas or those with limited human contact, like Goulburn.

Regardless of the various strains of 'strine' however, Australian slang has become stuff of legend over the years – particularly during the First and Second World Wars when Australian 'diggers' made their unique presence felt worldwide. But the language mostly grew from the rural areas of the country, then fed into the outer suburbs of cities, thriving around the 'barbies' (barbecues) and growing ever-stronger in the beer gardens and on the big and small screens thanks to the likes of Crocodile Dundee, Bazza McKenzie, Steve Irwin, Kath & Kim and Neighbours. It is revered as being a language 'of the people, for the people', but is equally encouraged and embraced or despised and avoided by Aussies, some of whom consider levels of 'strine' to be an indicator of social class.

This is by no means a comprehensive list of Australian slang terms and phrases. It barely touches the surface, to be honest, but may help you when visiting to understand some of the local lingo and not drop yourself in it – so to speak. It is to be noted that there are many words concerning beer, drinking and throwing up. This is probably due to the similar assumption that Eskimos have hundreds of words for snow3. There's an awful lot of it where they live.

A Note On Swearing

It is very common for Australians to emphasise or give more expression to their speaking by interjecting every sentence with a swear word, mostly the 'f' word4. It can be off-putting, but eventually it happens so often you no longer hear it – like the ticking of a clock in the hall. The occasional dropping in of something even hardier, such as the 'c' word, means that the person speaking is really upset about something – this is usually heard directed at sporting officials, however.

1Roughly translated as 'How are you, my friend, are you all right? Good. Would you like a beer?2A disease affecting rabbits, the bane of many an Aussie farmer's life.3Which, in fact, they don't.4This can change from state to state also, with those along the West Coast favouring the word 'bugger', while those on the East Coast using utilising various assortments of the 'f' word.