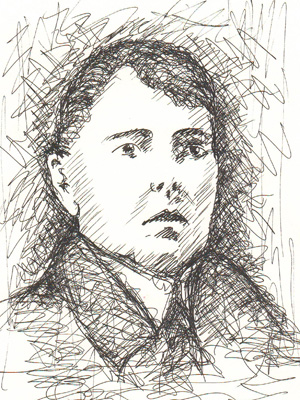 There are various ways to 'do' History, ranging from consideration of notable individuals to consideration of social groupings. Within those methods, some stories are heard more loudly than others. This Entry is a guide to the stories of LGBT+1 people, and in particular those that have been told through the h2g2 Edited Guide.

A Note on Gender

There is considerable overlap between LGBT+ issues and perceptions of gender. For example a man behaving in a manner judged to be 'camp' or effeminate may be assumed to be gay, while a woman who dresses in a typical feminine manner may be assumed to be straight, as the gender of their partners (if they have any) would not be known to onlookers in public. In turn, a transgender man may be assumed to be a gay woman, for example. However, history shows that the rules for the behaviour and roles of people such as men and women, and how people who do not adhere to those rules should be treated, are not universal.

Religion or science or other factors may be involved in setting the rules, but diversity in the human experience still exists, and it is mainly just the extent to which diversity is taken into account by the rules that varies. For example, clothing and personal expression has seen much variation over time. Particular fashion groups such as Dandies or Macaronis pushed the boundaries of gender expression, while various types of Gender Police have enforced the boundaries of their time.

While some women in history were looked after by men and expected to devote themselves to raising children, other women worked alongside men, for example on farms or in industry. A number of women chose to disguise themselves as men so as to serve in the US Civil War in the 1860s, but in the Middle Ages some women fought openly in wars. In the 21st Century, women are again able to serve in the armed forces in some countries. Intellectual pursuits have sometimes encouraged for women, and sometimes have been discouraged for fear of damaging their ability to bear children. Yet this ability does not define women - some women may choose not to have children, and some may not be able to, perhaps because of differences in hormones or chromosomes.

This section contains a selection of stories from different places and different times, but it is by no means comprehensive - the Internet contains a wealth of further reading.

An early example of the recognition of value in human differences is the story of the Sacred Band of warriors from Thebes, in what is now Greece. The Sacred Band was considered to be an asset to the military, as it consisted of male couples who fought harder to save their lovers than they would have fought to save their own lives. In modern times, same-sex love has been more often viewed as disruptive and bad for morale in the military.

Some people have been pioneers in a small way, simply going about their lives in the way they wished, even though that defied the conventions of their time. Thus they paved the way for others to follow in their footsteps. For example a number of cases of women marrying 'female husbands' were recorded in the 18th Century, in which one partner took the role of a man. More unusually, in 1707-8, in a certain parish in Cheshire, two couples went to the church to get married and it just so happened that both partners in both marriages were women. If there had been any debate about their decision at the time, it was not recorded, but whatever the case, the marriages were entered in the register the same as for any other couple. This foreshadowed the developments in the 21st Century that allowed for same-sex marriages and civil partnerships to take place and be legally recognised in many countries around the world.

Those LGBT+ people who rise to prominence through fame or infamy may become icons for people who want to be themselves in everyday life, as their visibility shows others who have similar feelings that they are not alone.

Being an icon is not without risk. People may be subjected to criminalisation and punishment, such as author and playwright Oscar Wilde, who wrote 'The Ballad of Reading Gaol', or computing pioneer Alan Turing, who underwent hormone treatment before taking his own life. Or the pressure of being a pioneer may be considerable, such as in the case of Justin Fashanu, who came out as the world's first openly gay footballer but received abuse and was accused of crimes before he, too, took his own life.

The world of sport offers opportunities as well as challenges for LGBT+ people. There is controversy and debate around who should be able to compete, but some sportspeople have become icons, such as the tennis player Martina Navratilova who first 'came out' in 1981 and is now often seen on television commentating at the Wimbledon Championships.

In the field of film and television there is more scope for diversity, but also a risk of perpetuating stereotypes in order to secure a mainstream career. Quentin Crisp's appearance, behaviour and writings provoked controversy at the same time as encouraging acceptance of people who were visibly 'eccentric'. Actors such as Kenneth Williams used humour to introduce audiences to different characters. Comedian and actor Stephen Fry has taken on a variety of roles and become a 'national treasure'.

The worlds of art, music and literature also allow more freedom of expression. Singer Dusty Springfield died in 1998 but her work lives on and she has been an icon to many people since she 'came out' as bisexual in 1972. Comedian Eddie Izzard introduced audiences to a different style of gender diversity from drag queens and female impersonators, with his blend of masculine and feminine characteristics, as did Eurovision winner Conchita Wurst with her 'bearded lady' look.

In conclusion, some people's stories may not have been heard very loudly in history, but their stories can still be heard, thanks to platforms such as the h2g2 Edited Guide.