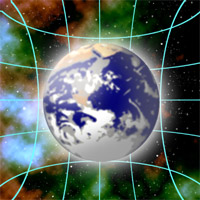 In the beginning, there was ALPHA, a short-lived experiment in group cybernovel writing. As the players gained in numbers and confidence1, the story reached a new level…Beta.

Having reached the Galaxy, our heroes never looked back, and - six books and almost 90.000 posts later - are still digging for the meaning of Life, the Universe, and Everything, while exploring the possibilities for adventure and really good shopping on planets as diverse as Ikea and Llanfairpwllgwyngyllgogerychwyrndrobwllllantysiliogogogoch.

Beta is both a forum-based MUD and a collaborative cybernovel.

The basic premise is this: The Gheorghenis, a mysterious race from another galaxy, made a terrible mistake one fine diurnal anomaly, and fell through a hole in hyperspace, getting stuck over here.

They don't like the neighbourhood, and they want to go home.

Ever since then, they've been pulling cosmic strings. Our characters find themselves living, working, and travelling the galaxy in a state-of-the-Gheorgheni-art starship, the CSS Mariposa, as part of the latest Gheorgheni attempt to finish their engineering and get home.

The people who live and work on the starship travel from planet to planet, meeting some fascinating characters on the way, and getting themselves into and out of some equally fascinating dilemmas.

What Is It Good For?

Well, we're not sure. Douglas Adams said, if the world were ever satisfactorily explained, it would instantly be replaced by something even more inexplicable.

If that's true, we're dangerous, and should be locked away in a safe place with no internet access - preferably on an unused asteroid. Otherwise, we're just a bunch of harmless loonies.

Personally, the GM here recommends that you follow Brendan Behan's advice in regard to that other inexplicable novel, Finnegan's Wake - read it for the jokes.

If you do, feel free to add the above badge to your PS.

Should you have read enough of this drivel to have developed cramp in your mousehand from scrolling, and still be interested in participating in this experiment, please contact Dmitri Gheorgheni for further details.

A new Starfleet Entrance Exam should be forthcoming within the next millennium or two.

For Players - An Extra Added Incentive to Smeg It Up

As if you needed one...those who 'cross the streams' - post rpg on chat, or chat on rpg - or post smileys2 are entitled to bear the Badge of Shame on their PS. Post it proudly, guys - we've earned it!

Every military organisation has a Chain of Command. Use it, don't abuse it...or pay the badge penalty for saying 'sir' to a sergeant3.

The current, up-to-date, all-encompassing, profusely illustrated cast list is to be found at BETA RPG - Dramatis Personae, lovingly compiled and efficiently edited by our own Nite Owl.

Sometimes it helps to have a scorecard to tell the players apart.

Gaels run starships. We won't tell you how.

And for fans of the elusive, intriguing, and utterly mad Irishman, here's his badge:

Stevenson said, to travel hopefully is better than to arrive…we wish the Mariposa, and all who warp in her, happy journeyings.

1And, to their surprise, failed to be struck by lightning or bitten by hamsters.2All right, all right - I know, I know.3Thanks to Tavaron for all the badges.