Yawn - the Top Ten Most Unexciting Things in the Cosmos Content from the guide to life, the universe and everything 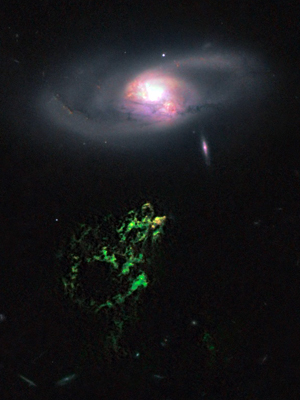 Amateur astronomers differ from professionals in that they have an interest in everything to do with the subject, whether they have the latest telescope, an old but well-loved pair of handed-down binoculars, or just sit at a computer downloading the latest software. Professionals tend to study one field of astronomy - for example, planet hunters ignore constellations and use RA and Dec1 to pinpoint their targets.

Amateur astronomers certainly have their favourites amongst all the goodies at their fingertips and probably wouldn't admit to ignoring or disliking certain astronomical objects (just in case it might be the next big thing). But we'll attempt a 'top ten most unexciting' anyway:

Messier's Ones to Miss

Sometimes, things that one person thinks boring turn out to be of great interest to others. If you've ever seen the Messier Catalogue, you'll know it's filled with wonders such as star clusters, nebulae, a supernova remnant and distant galaxies. The man who compiled it though, French astronomer Charles Messier (1730-1817), created it as a list of things for him to avoid while seeking out his passion – comets – which began with witnessing the return of Halley's Comet in 1759. Messier was so obsessed with tracking them down that his boss, the king of France, called him a 'comet ferret', which must have amused the court. Perhaps if Messier could have glimpsed his 'ones to avoid' via the Hubble Space Telescope he might have had a change of heart. But then we'd not have the excitement of a Messier Marathon to look forward to!

1Right Ascension and Declination, nothing to do with any cheeky chappies.2A light year is the distance light travels in one year, roughly 5.88 trillion miles or 9.46 trillion km.3Zodiac means 'circle of animals', but it does contain one inanimate sign – Libra the Scales.4People born around the end of November.