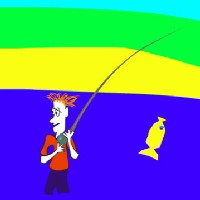 It's been a huge amount of work, but I have to say that putting together the Beeblecast has been an enormous pleasure. It's hard to believe, in a way, that it was a full four months ago that I first revived the idea in a Post article; but by the same token, I find it hard to believe that we've put it together in just four months. And when I say 'we', I really do mean that; 25 Researchers have been involved in one way or another, and this is where you get to find out exactly what they've all done.

It's where I get to say the greater parts of my thanks as well. I don't want to make this an Oscar speech, but I hope you'll indulge for a moment while I express my gratitude to some of the vast team of Researchers who brought the whole idea to life. Look on the bright side – this could've been the Editorial!

First of all, of course, I'd like to thank the Aviators for all their help – not just in contributions, but also for encouraging me at every step and putting their faith in my Big Idea without question. It's fairly safe to say that without them, and 2legs, Bel and vogonpoet in particular, this would have remained the weird idea of a bored Devonian. There are too many others to name by name, but my thanks to everyone who contributed something – whether an audio narration, music, video clip or a photo, you've all made it what it is. That means that you either share in the glory or take part of the blame…

I'm exceptionally grateful to the rest of the Post Team, who embraced the idea right from the start. I could almost hear Shazz attempting somersaults when I first mooted the idea.

And, like everything on h2g2, it would be nothing without the writers. Thank you so much for letting us use your material and, in some cases, even tailoring it to our requirements.

This isn't the end by any means. Both the Post Team and the Aviators would like to carry on Beeblecasting, with the possibility of us working on audio releases as well as video1, and you can read more about my own vision of the future in this very issue.

Anyway, enough. Here's the full running order of the Beeblecast, and who did what in its creation. I really do hope you enjoy it.

Look down the schedule and you'll see one name crop up a number of times. The clips and animations vogonpoet sent in had a huge influence on the look and feel of the Beeblecast, and the spinning globe was the result of much agonised work.


I was really glad that lil, who narrated this clip, joined the team. Her voice has a wonderfully cheerful tone that makes her perfect for voice-overs. Special thanks to Websailor for this one, as she pretty much wrote an article to order based on film I had of my garden birds! The music accompanying this piece is 'Cider Store', composed by 2legs.

When vp sent me this, his first mobile phone clip, I wasn't sure whether to laugh or run screaming. Fortunately, he turned out to be a linking genius, and a very clever animator to boot. I've been astounded at the sheer diversity of his madness ever since.

I thought it would be fun to do a Post Recipe for the Beeblecast, but speed it up so that it showed me running round the kitchen like a mad thing. Mu Beta had just the recipe and even offered to narrate, and I got to work cooking and filming. The camcorder, or perhaps my button-pressing, failed halfway through, and so my fiancée and I were forced to repeat the meal. Fortunately, the dish is highly recommended!


2legs once again provided the music for this clip in the form of 'Oh Dear, The 80s Are Back'.


Platypus Dancing I by TonsilRevenge

TonsilRevenge's cartoons proved perfect for Beeblecasting, and I was delighted when he agreed to let us use a couple. After almost 150 editions of Platypus Dancing, I think the inclusion of two of his cartoons is quite appropriate. Whimsical music once again by 2legs, with the wonderfully-titled 'Rad's Imaginary Holiday'.

Bel's support through the whole Aviators project has been magnificent, and I'm delighted to report that she's showing signs of becoming an excellent clip-maker herself. Apart from a little help from me in the shape of a couple of photos, this is entirely Bel's own work, and it does capture the spirit of the Beeblecast and the wider site rather well.

Things begin to descend into anarchy at this point, starting with another link from vp. I didn't ask if all the bling was his own.

I would love to see the reaction of a non-Researcher to this clip. I suggested rather vaguely to 2legs that it wouldn't be a proper Beeblecast without Nighthoover, and wasn't entirely sure what I'd get. Fortunately, it was tortured genius of the highest order, and adding the visuals to it was tremendous fun.

As the Nighthoover audio descends into white noise, the second Platypus Dancing takes over. All is calm.

This is a song written by Malabarista in response to losing Internet access and pining for the long-distant promised land of h2g2. We thought it would be fun to try to record it even though we only had two days and weren't even in the same country. The sweet voice and recorder belong to Malabarista; the racket surrounding it is all mine.

I really wanted to give some time over to h2g2's volunteer groups, and the Photographers were the most obvious choice for AVing. There are some talented photographers in the group, and I thought it would be nice to show off their best shots in a larger format than h2g2 allows.

This clip was produced by B'Elana, with great photos from Emmily, Galaxy Babe, MazinMadFiddler, ST, The Jon M, visitor to planet earth, Wilma and me.

A great team effort. The question of 'how the hell do we Aviate this?' was ably answered by vogonpoet, I narrated it in my best Gielgud and the photographs were supplied by ATinyDistantVoice, Aurora, Scrumph and our very own Titania.

At this point, I'd like you to think for a moment. Imagine a Researcher you didn't know a couple of weeks ago has sent you a whole series of mobile phone messages saying things like 'This is not the beardedcast' and 'Broadcast yourself'. Then imagine your partner walking in and not being sure if you're having a genuine laugh or bravely trying to laugh off a stalker. I owe you one, vp. Big time...


Have You Ever...? by matodemi

I have to say a special thanks to matodemi for this one, because she threw herself wholeheartedly into Beeblecasting and even recorded the clip, only to get a reply from me whinging that she'd taken too long over the narration and that she sounded too much like Bel. In fact, as submissions go, this was one of the easiest to Aviate, and EMR's voice suited the clip perfectly.

I reassured my partner with this one. Well, tried to. But it's an appropriate sentiment; we're nearly there...

Another very capable Aviation from Bel, and a clip where lil's voice adds a certain sweet seasidey humour. I love the way you can almost hear her stifling the giggles as she reads it. Time for a change of music, too, as Smij give us a very Hitchhiker's blast of 'Beeblecastoff'.

No, I have no idea what he's saying either. I don't know why, but I find this moment hilarious.

I must admit to a special personal interest in this one. No, not Mina, but Fred. I met him and that woman that follows him around at the Devon Meet last year, and he's a cracking dog. So when Mina sent me some footage of the little fella running about for a different Aviators clip, I pestered her to write an article so I could use some of my favourite footage. Roymondo's 'Sweet Tinkle' - quiet at the back - plays us out.


Some Sort of Ugly Movie Thingy by vogonpoet

Another animation from vp, emailed to me under the title above. The Beeblecast wouldn't have the same feel without his contributions, and I thought it entirely appropriate that we should end with some of his work.

1This was partly inspired by Fizzymouse, who submitted a superb bit of audio that I was unable to Aviate. I'm determined to get it in somewhere