The Index Finger Content from the guide to life, the universe and everything 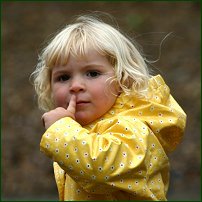 The index finger is the first finger on the average human hand; it's the one next to the thumb and furthest away from the little finger, sometimes known as the 'pinkie'. Then we have the middle finger (the longest one) and the ring finger, so called due to the tradition of wearing engagement and wedding rings on the third finger of the left hand in the UK1.

All fingers, also known as 'digits', have three bones, which are called phalanges; the thumb (like the big toe) has just two phalanges. The knuckles are at the end of the metacarpals (the name of the five bones that run from the wrist through the palm of a hand). The average person's pair of hands contains approximately one-quarter of all their body's bones. The muscles used to move the fingers and thumbs are located in the forearm. These muscles are continuous with tendons, which travel through the wrist to reach the hand and then branch out to the individual fingers and thumbs. If you spread out your hands palms-down and wiggle your fingers, you can see evidence of these muscles. Interestingly, the ring finger and little finger share part of the same muscle, which in some circumstances makes it difficult or even impossible to move the ring finger independently. Try clenching your fist, and then try to straight just the ring finger, without moving the other fingers, you'll find it can't be achieved. However, if you stretched your thumb across your palm, and hold the little finger down, it can now be achieved.

The skin on the fingers is loose and stretchy. It appears wrinkled and there are minute grooves on the underside of the fingers. All this is what gives fingers their flexibility, gripping and even juggling capabilities.

Try this experiment: you'll need a smooth plastic bag and a bar of soap. Place the smooth plastic bag over your hand and then, using the index finger and thumb, attempt to pick up the soap by positioning the index finger on one side of the soap and the thumb on the other, maintaining the vertical angle of both. Now take hold of the soap by squeezing the index finger and thumb together. Squeezing hard, lift the plastic-covered hand upwards and observe what happens. After recovering the soap from wherever it shot off to, attempt the same with your hand without the plastic bag. Notice that the soap stays firmly clamped in your hand and has not gone shooting off into a corner. This is because of the grooves on your fingers and hands.

So What's Special About The Index Finger?

The index finger, also known as the first finger or forefinger, is the hardest-working finger on your hand. It has various solo functions and functions with just one other finger, or the thumb. The following is just a sample of them.

The Index Finger and Middle Finger

The Index Finger and the Thumb

The index finger is most commonly used with the opposable thumb to form a pinching or gripping motion in order to pick up small or thin objects such as pins, pens or pencils. For most larger objects, all of the fingers are used in conjunction with the thumb in order to improve the grip on the object. Another use is to employ the tip of the index finger and thumb to form a circle, as a visual signal meaning 'okay'.

1In countries such as Germany, Norway and Poland it's worn on the right ring finger.