Human Beings Content from the guide to life, the universe and everything 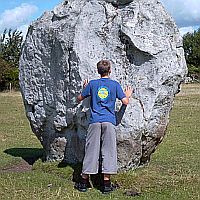 The human being, or Homo sapiens1, is an Earth-dwelling, carbon-based mammal and comes in a small variety of shapes and sizes. Its current population is estimated to be six billion (or six milliard under the British numerical system).

How to Spot a Human Being

There are several distinguishing features that make human beings different from other Earth life forms:

How Human Beings Came to Be

There are several theories about how the human being came to be. These include:

1Homo sapiens translates as 'intelligent man'.2Often believed to be 'in His own Image'.