I object to any subject 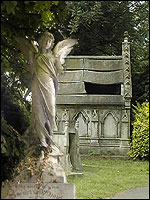 Would you pay life's pleasures to see me?
Does it hurt, for I want you to remain?

Fields of the Nephilim

If you're unhappy with how this Page is going so far, please click here.

Damnant quod non intelligunt. (They curse what they can't comprehend.)

One does not love because of but despite of.

If happiness wants to tangle with me, it will have to accept the condition my character poses. Nicolas-Sébastien Roch Chamfort

Most of the time one is unhappy because of pondering. Joseph Joubert

A reaction to injustice: Everything that shall be forbidden is being laid down in a criminal code. A piece of old magic: the attempt to ban something by using words. Tommaso da Ponte

Thoughts are the shadows of our feelings - always darker, more void, simpler than these. Friedrich Nietzsche

A deer without shyness is without grace. Stanislaw Jerzy Lec

Never raise your voice over your horizon. Stanislaw Jerzy Lec

Only deep ignorance leads to a didactic tone. He who knows nothing, believes that he must teach others the things he has only just learned; he who knows a lot does rarely think that one could not know of what he talks and therefore speaks with a certain indifference. Jean de la Bruyère

Real chosen ones have no choice. Stanislaw Jerzy Lec

Pray: To ask that the laws of the universe be annulled on behalf of a single petitioner confessedly unworthy. Ambrose Bierce

God is an Atheist.

Love thy enemies, maybe it will damage their reputation. Stanislaw Jerzy Lec

Mankind is the crown of creation. What a pity that it is a crown of thorns. Stanislaw Jerzy Lec

The greatest clemency with a human stems from despairing him. Marie von Ebner-Eschenbach

Conformance is the way of least resistance - but it does not lead anywhere. Else Pannek

Jesus died for your sins. Make it worth his time.

Never fight against religion or other things which seem to depend on god, for those have too much power over the minds of fools.Francesco Guicciardini

We live in an age where superfluous ideas are prevalent and necessary thoughts fail to appear. Joseph Joubert

Words present within us - We always express thoughts with the words we have at hand. Or, to express my whole suspicion: at any moment we just have the thought for which we have those words at hand which can approximately express it. Friedrich Nietzsche

Our life is the fulgurating pain of a wound. Friedrich Herbel

What you believe to have to do is what you want to do. Marie von Ebner-Eschenbach

You can sink so fast that you believe to be flying. Marie von Ebner-Eschenbach

It is difficult to think him a fool who looks up to us. Marie von Ebner-Eschenbach 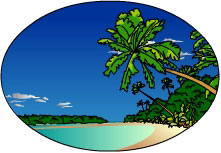 Tube - the being being back for the time being