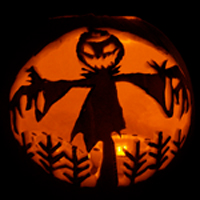 It was announced on 19 October that planet hunters had discovered another 32 extrasolar planets, two of which have been deemed brown dwarfs (failed stars) so they're not included in the exoplanet count. Some of the new discoveries are terrestrial (rocky) worlds like the Earth, although they orbit far too close to their stars to harbour life as we know it. The announcement takes the total to over 400 catalogued now, and we are closer to finding Earth's 'twin' — a blue/green planet at the right distance from its star — than ever before.

U Scorpii - the Ultimate Firework

An alert has been issued for amateur astronomers to keep watch on a cataclysmic variable star catalogued U Scorpii, as it is predicted to erupt any time now. U Scorpii's last three eruptions, which occurred in 1979, 1987 and 1999, were noticed first by amateur astronomers. Bradley Schaefer of Sky & Telescope magazine states: 'The upcoming eruption of U Scorpii could produce the best record of a nova outburst — of any kind — ever'. I'll be keeping a lookout for the 'ultimate firework' myself! If you're interested enough to join the watch, you'll need to be looking just north of Antares, the unmistakable 1st-magnitude red giant alpha star of Scorpius, the Scorpion.

November 5th is Bonfire Night in the UK. It commemorates the occasion in 1605 when Guy Fawkes et al tried to blow up the Houses of Parliament in London. Rockets and fireworks are on sale for members of the public to purchase and let them off to their heart's content, with sparklers for small children to hold. Leading up to the actual day you'll see children with a 'guy' (a replica of Guy Fawkes, made from clothing and stuffed with whatever they can find, plus a mask) outside shops — they'll ask you 'penny for the guy' but you're liable to get a dirty look if you give them coppers. Their collection is supposed to be spent on fireworks. The guy ends up on a bonfire on Bonfire Night, so it's to be hoped they didn't dress it in designer gear. Some Councils have taken it upon themselves to host their own Bonfire party, to reduce the risk of people making their own which usually results in calling out the Fire Brigade. Fireworks can be dangerous, even for people following the safety instructions, there are still plenty of things which go wrong and some accidents cause serious damage. The UK news on 6 November usually contains a few instances of tragedies and/or bonfires which got out of control.

A much safer pursuit is the fireworks in space: looking at them from Earth, anyway. There's the magnificent Pinwheel Galaxy in Ursa Major which is 27 million light years distant, so you'd need an optical aid to view it. (A light year is the distance light travels in one year, roughly 5.88 trillion miles or 9.46 trillion km.) You don't always need a telescope or binoculars though. You can see 'shooting stars' (meteors) on just about any clear night, so long as you're patient, just wrap up warm, find a dark sky viewing area and watch. You don't have to wait for a specific 'meteor shower' although that is when the chances of seeing some are higher. This fireball is a meteor which thrilled the denizens of The Netherlands and Germany on 13 October. Such sights are rarely captured on camera because they can't be predicted — that photographer was extremely lucky.

One event in 1972 regularly makes appearances on UFO programmes, although there's no real mystery, it was just an earthgrazing meteor which skimmed the atmosphere. Disappointing for conspiracy theorists but thrilling for witnesses! Another lucky photographer captured this remarkable picture of a fireball at Ayers Rock when he was setting up his equipment to take some shots of the arm of the Milky Way. Other free celestial fireworks include this amazing fire rainbow. Finally, here's my particular favourite: NGC 6946 aka The Fireworks Galaxy which is an active starburst spiral spanning 20,000 light years, lying just 10 million light years away in the direction of Cepheus (the King), which is a quite prominent constellation in the Northern Hemisphere at this time of year.

There are two meteor showers this month; the second, the Leonids, are projected to be a good show this year. This shower is the remains of the trail of a periodic comet called Tempel-Tuttle, which has a 33-year orbit which brings it close to Earth. At one time it passed a mere two million miles from us, making it one of the very closest comets ever recorded. This shower will contain remnants of the comet's bypass in the years 1102, 1466 and 1533. Some astronomers predict a fantastic display is in store, with up to 500 meteors between 9pm-10pm on the 17th, but others are more wary, remembering those who have been bitten before. Whether or not the shower gives us some celestial fireworks, at least the brand new Moon will ensure the sky will be perfectly dark for meteor-watching.