The National Parks of England and Wales Content from the guide to life, the universe and everything 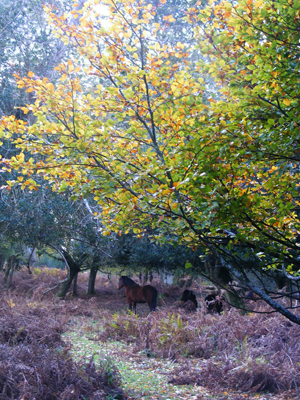 In December 1949 the National Parks and Access to the Countryside Act became law1, and Britain's first national parks were established with the aims:

To conserve and enhance the natural beauty, wildlife and cultural heritage of each park.

To promote opportunities for the understanding and enjoyment, by the public, of the special qualities of each park.

Unlike National Parks in many parts of the world, those in England and Wales are not remote, uninhabited regions, but areas that are both lived in and worked in, therefore there is also a duty to:

... foster the social and economic well-being of the local communities.

If any of these aims are irreconcilable, the first aim is given priority.

Balancing these diverse aims and representing the interests of such a variety of people with a vested interest in the rapidly shrinking 'great outdoors' in an area so densely populated2 is quite a challenge, so each area has its own authority to manage the park.

Each park authority is funded through the taxpayer - 75% from Westminster (Central Government), and 25% from the local authorities such as county and district councils, who in turn have a seat on the authority in order to represent their interests. These organisations are the sole planning authorities for the area who, by designation, manage the footpath network, provide a ranger service and supply tourist information3. As most of the land within the National Parks is privately owned, there are also local access agreements negotiated by the authority with landowners for the benefit of the public. Overall, their key role is one of sustainable management of the countryside.

The parks cover nearly 10% of the land within both England and Wales. If we take Wales alone, the total land coverage by the three Welsh parks is nearly 20% of that country. Each National Park has its own unique niche in the countryside, its own beauty and its own problems. Areas as diverse as the mountains of Snowdonia to the Fens of the Norfolk Broads are protected. The National Park status gives the greatest possible protection to the landscape available under UK law.

The 1949 Act allowed the creation of National Parks. An extensive debate about what parts of England and Wales were suitable to be granted National Park status, the exact size of the National Parks and the locations of their borders followed. Unlike National Parks elsewhere in the world, the land was not only government-owned, but a large proportion was in the hands of private landowners. Some, including charitable organisations such as the National Trust, were in favour of their land being contained within the proposed National Parks, other landowners were not. Ten National Parks were founded by the end of the 1950s4. The first National Park designated was the Peak District in 1951. More steadily followed, until the tenth park in 1957, then a long wait for the eleventh in 1989. Two National Parks in the south of England were designated in the 21st Century.

For further information see The Council for National Parks. 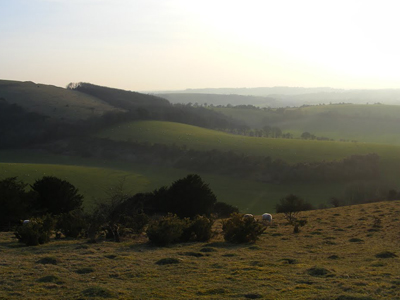 The 13 National Parks in England and Wales are:

The Peak District was the site of The Kinder Trespass in 1932, an important act which led to the creation of National Parks in Britain.

Like The Peak District, the Lake District was designated in 1951 and covers an area of 880 square miles, making the Lake District the largest of the National Parks. The District not only contains England's largest lakes, it is also home to many mountains, including Scafell Pike. At 3,209 feet or 978 metres tall, this is the highest mountain in England. Climbing the peaks is popular with those wishing to bag the Wainwrights. Situated in the far north west of England, its beautiful landscape has been an inspiration to the poet Wordsworth and Beatrix Potter.

At time of writing (2013), a proposal to extend the Lake District National Park to both the east and south is under consideration.

Snowdonia, the third park designated in 1951, is at 840 square miles, the second largest. Located in North Wales, it is famous, of course, for Mount Snowdon, which at 3,560 feet or 1,085 metres tall, is the highest peak in England and Wales. As well as mountains, it also contains coastal regions

Located in south western England, Dartmoor is best known for its bleak moorland, windswept tors and herds of ponies roaming freely. Dartmoor was established in 1951 and covers 368 square miles. A wild open moor, famous for its granite hills known as tors as well as deadly bogs.

The UK's coastal National Park, this was designated in 1952 in the westernmost part of Wales. The Pembrokeshire Coast is one of the smallest parks at 240 square miles, but unique in encompassing largely craggy coastal areas, wooded estuaries and marshes as well as many offshore islands.

Designated in 1952, at 554 square miles, The North York Moors encompass the largest expanse of heather moorland in England and Wales as well as 26 miles of north eastern England's coastline, dominated by cliffs and sandy bays.

The majority of the Cleveland Way National Trail is within the North York Moors.

Yorkshire's second National Park was designated in 1954. Covering 683 square miles, The Yorkshire Dales are located in the middle of the Pennines in North Yorkshire. It is famous for the hills and dales or valleys, creating beautiful scenery which has been widely used in UK television programmes, such as Emmerdale and All Creatures Great and Small.

At time of writing (2013) a proposal to extend the Yorkshire Dales National Park to the north and west is under consideration. Here it would potentially meet with a newly-extended Lake District, separated only by the M6.

The Pennine Way National Trail passes through the Yorkshire Dales.

Designated in 1954, Exmoor is one of the smallest of the National Parks at only 267 square miles. It straddles both Devon and Somerset in south western England. As the second moorland National Park in the south-west region after Dartmoor, it is home to many forms of wildlife, notably red deer and ponies. It also has 34 miles of coastline, with many outstanding high, wild sea cliffs.

Established in 1956, Northumberland covers 405 square miles. The most northerly of the National Parks of England and Wales, it meets the Scottish border at the Cheviot Hills at its northern border and stretches to encompass part of Hadrian's Wall in the south. The National Park also covers the northernmost end of the Pennines.

Designated in 1957 and covering 519 square miles, The Brecon Beacons separate rural mid-Wales from the industrial valleys to the south. Despite the name of the park, the Brecon Beacons are only one of four ridge ranges in the area.

Though the last National Park to be established in Wales, in early 2013 this became Wales' first Dark-Sky preserve. Offa's Dyke Path National Trail passes through the region.

The Norfolk Broads were set up by a special Act of Parliament in 1989 and cover an area of 117 square miles. Although the Broads do not have the title of a National Park, their status is effectively the same, but with an additional duty to protect navigation. With over 200 miles of navigable waterways the Broads have the largest canal network in the country, and the area contains many marshes and fens. The East Anglian Park is the largest protected wetland area in the country and the name 'Broad' is used to refer to a shallow lake. Dr Joyce Lambert discovered in the 1960s that a large area of the Broads are artificial manmade flooded mediæval peat excavations before sea-level rises flooded the area and created the Broads.

After a long process, designed to give all interested parties a chance to be consulted and to establish the correct boundary for the protected areas, the area became a National Park on 1 March, 2005. At 150 square miles, The New Forest in Hampshire is the smallest National Park in England and consists of open heathlands and ancient woodlands. The word 'Forest' originally meant royal hunting ground, and this was a favoured hunting ground of King William I and was the site of the death of his son, William II Rufus. 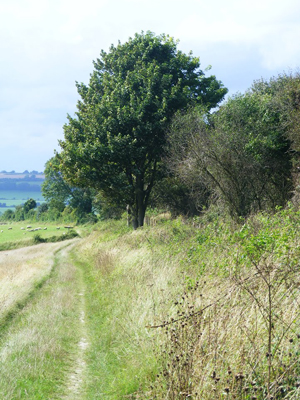 The South Downs National Park stretches from Winchester in Hampshire to Eastbourne in East Sussex. The youngest National Park in England, becoming one on 1 April, 2011, its area covers 628 miles of downland6 and weald (former woodland). It is also the most urbanised of the National Parks, with over 100,000 people living within its borders.

1The Act does not include Scotland, for whom National Parks were not introduced until the National Parks (Scotland) 2000 Act. The two National Parks in Scotland are Loch Lomond & the Trossachs and the Cairngorms.2The average population density of the UK is more than eight times that of the US and well over twice that of France.3During the foot-and-mouth disease crisis of 2001, when over 7 million cattle and sheep were killed and many parts of the countryside were either quarantined or closed off in order to stop the spread of the highly infectious disease across the UK, Tourist Information offices within the National Parks were invaluable for keeping people informed about what areas were still open to visitors.4Some areas originally considered for National Park status dropped from consideration for various reasons and were granted Area of Outstanding Natural Beauty status instead. Both The South Downs and The New Forest have since been granted National Park status.5There are 15 National Trails in England and Wales.6Downland is an area of downs or chalk hills.