Fish Content from the guide to life, the universe and everything 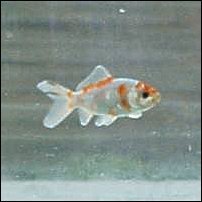 Fish are animals that live in water. They swim about and generally make their environment look a bit prettier1.

If it lives in water and has gills2, then it's likely to be a fish. Fish, as animals on Earth, have been about for a long time3. They are cold-blooded vertebrates that often have an interesting odour4. Some fish live in the sea, others in rivers and more can be found gleefully swimming about in lakes. Some even exist in ponds. Fish don't live in trees, so don't go looking for them there.

There are many creatures that swim in water but aren't fish. The bigger ones you might see are whales and dolphins. These aren't fish, they're mammals. Then there are squid and octopuses. These have legs, which most fish do not. If fish have legs then they have either:

Other sea creatures include turtles, jellyfish, sponges, crustaceans (like crabs and lobsters), molluscs (like mussels and oysters), and smaller lifeforms such as krill (a variety of shrimp) and sea monkeys. None of these things are fish. They might live in the water and smell like fish, but they are not. Don't be fooled.

There are many varieties of fish on the planet. Some live in cold water, others live in tropical waters. Some like seawater and there are those that prefer fresh water. There are big fish, like sharks. Then there are smaller fish, like salmon, tuna or barramundi. Then there even smaller fish that are lots of pretty colours, like angelfish or tetras. Some fish are poisonous and others are weird shapes and sizes, like swordfish, stonefish and flying fish. Some have interesting talents and others glow like neon signs. There are even fish called seahorses that aren't horses and don't look at all like fish, but are. Confusing isn't it? There's pretty much a fish for any occasion.

Where to See Fish

The best place to go and see fish is in their natural habitat - water. If you can't scuba-dive, or swim, you could try going to an aquarium. Many aquariums offer visitors wonderful experiences like 'touch pools' (where you can play with little sea creatures), 'feeding time' (where you can feed the fish) and expensive soft toys.

If you have no money to pay the admittance charge to an aquarium your next best option is to visit a pet shop. They won't charge you for going in and looking and you could see some other nice animals too5.

Another option is to try getting on a submarine. These vehicles can transport you under the waves into the realm of the fish, but a lot of them don't have windows so you may not see many fish. Lots of sweaty sailors, but no fish6.

If all else fails you might try befriending someone who owns either a fish tank of their own or a pond7. Then you might see some fish. And have a nice cup of tea too.

If you can't be bothered leaving the house to see fish you could just watch the television. From David Attenborough's Blue Planet through to fishing shows like Rex Hunt's Fishing or Fishing with John, you should catch a glimpse of a fish. Or nod off, which isn't bad either.

Not as easy as simply holding out your hand and letting a fish fall into it. Catching fish is not like catching a cold - it is an art form, which many people enjoy as a hobby. It is known either quite simply as 'fishing' or by the more technical term 'angling'. Fishing is undertaken in a variety of places throughout the world - be it on rivers in Germany or lakes in America, on the ice in cold places like Alaska or simply off a pier. It is generally done where you would expect fish to live8. Don't go fishing in an inner-city car park as you are unlikely to catch a fish, but more probably an irate motorist. There are places that fishing is prohibited due to environmental reasons, these may include: over-fishing, pollution or it being breeding season.

If the traditional rod, line, hook and a worm method of catching a fish isn't your idea of fun, you could always try noodlin', a less expensive and far less effective form of fishing. Whatever method you prefer, once you have caught a fish you have a number of choices:

If you choose option three, it is best you also know how to properly prepare a fish for eating and what beverage to drink alongside your meal. White wines are usually found to accompany fish well, although a good lager can be just as nice. Indeed, a clear, cool, refreshing glass of water would do9. Then there's also the matter of what cutlery to use. Eating fish can get very complicated...

Fish, for the most part, have a poor lot. They are food for many other animals, such as bigger sea creatures, birds, bears and pets. Fish are enjoyed either as a main meal or just a snack and can be consumed raw or cooked. Humans in particular have developed many methods for serving fish. Recipes involving many different types of fish and just as many different cooking styles are found worldwide. In Japan sushi is popular, while in Britain the fish and chip shop is king of the take-away restaurants. It is a well-known epicurean fact that the battered fish (usually cod) goes alongside the chip as assuredly as the sky is up.

In Asia and Europe soups and stews made from fish are common, while in the Americas and Australasia people prefer their fish grilled, fried or barbequed10. It is wise to eat fish freshly-caught, as it can cause stomach upsets if left for too long11. A general rule of thumb, which can be attributed to Benjamin Franklin, is:

Fish - What Do They Represent?

The word fish comes from the Old English word fisc and is related to the German fisch, the Dutch vissen and even the Latin piscis. George Bernard Shaw found it more interesting to use the word to highlight odd inconsistencies in the English language. He suggested that perhaps fish should be ghoti. The gh as in tough, the o as in women and the ti as in station. Whatever the explanation, it wouldn't really matter if fish were called bunkwobbits12, humans would still find them useful and exciting.

Some cultures have worshipped fish as gods or higher beings. The Masai of Africa do not eat fish as they are considered sacred, in much the same way cows are sacred to the Hindus. Other religions have chosen the fish to symbolise their beliefs. Ancient civilisations have seen fish in the stars, the zodiac sign Pisces being represented by two fish. The story is as follows:

Once upon a time, a big monster13 appeared while Aphrodite and her son, Eros, were bathing in the Euphrates River. They turned into two fish (Aphrodite being the larger one) to hide from said monster. The goddess Athena later put the two fish in the sky, the constellation Pisces being the end result.

Fish are often used ornamentally, both as real-life additions to the decor and pictorially through the eyes of an artist. Many artists have drawn inspiration from fish, from the creators of Roman mosaics through to notable artists such as surrealist Salvador Dali and MC Escher.

Some people have even invented fish, for example Douglas Adams created the Babelfish to explain why aliens all speak English in The Hitchhiker's Guide to the Galaxy. There are also many songs and stories about fish, like the traditional children's rhyme:

One, Two, Three, Four, Five
Once I caught a fish alive.

And of course, this couldn't be a comprehensive guide to fish without mentioning Monty Python's Flying Circus's 'fish-slapping dance'. If it weren't for fish, many other parts of human life would be devoid of interest.

"So long, and thanks for all the fish."
- Douglas Adams
Attributed to space-travelling dolphins in The Hitchhiker's Guide to the Galaxy

1Except for the ugly fish.2The bits of a fish that act like lungs. They absorb oxygen and remove carbon dioxide so the fish can breathe. Nifty, eh?3Scientists believe that about 450 million years ago the first fish sprang out of the primordial ooze.4Probably giving rise to the phrase 'There's something fishy going on here.'5Birds, kittens, rabbits, hamsters, guinea pigs, mice and dogs. If you are extremely lucky you may find rats, snakes and spiders also.6For a deep sea submarine experience, there is the possibility of visiting a centre like The Deep.7Both of which are usually filled with the worldwide favourite pet fish - goldfish.8However, don't take a rod and reel to an aquarium, the staff won't like it at all. For that matter, the fish probably won't be that thrilled either.9Although WC Fields cautioned against drinking water, because (paraphrasing slightly) fish fornicate in it.10While in Iceland they do some interesting things with fish.11Although dried fish can be nice, and this involves leaving them out in the sun for a bit.12This is a made-up word.13Possibly a Megalodon.