Anglophilia in the US Content from the guide to life, the universe and everything 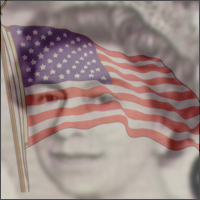 An 'Anglophile', as its root words suggest, is someone who has a fascination or obsession with England—or, more generally speaking, the United Kingdom1. Anglophiles are usually not English themselves, though they pop up in a great many countries around the world. That said, the American Anglophile is a phenomenon particularly worth noting, because America was, of course, founded on the basis of gaining independence from Britain. However, these days Americans' emotional distance from the UK (in comparison to their Canadian, Australian, South African, New Zealander, etc counterparts) may cause many American Anglophiles to develop a more affectionate attitude towards their former colonial overlords.

Indeed, Anglophiles tend to have a romanticised view of the object of their affections. A politically-inclined Anglophile, for example, might praise the National Health Service, but ignore the criticisms of Parliament's policy decisions that pop up in newspaper opinion pages. A historically-inclined Anglophile might celebrate Nelson's victory at Trafalgar, and conveniently forget the disconcerting extent of British colonial imperialism. An Anglophile focussed on entertainment and pop culture might sing the praises of Stephen Fry, but have missed out on Jeremy Clarkson entirely. The vast majority of Anglophiles have a more favourable view of the monarchy than the vast majority of its subjects do; some even refrain from constant criticism of the Prime Minister and ruling political party. In keeping with the principle that the grass is always greener on the other side, Anglophiles manage, against all odds, to persist in the conviction that their honorary homeland is far more cultured than their actual one, regardless of whether that is actually the case.

Globalisation has expanded the number of Americans who study some aspect of the UK, work in the UK or have British significant others/family members. However, these are not necessarily Anglophiles—Anglophilia requires some passion above and beyond the routines of their daily life.

Before we proceed to the meat of this Entry, a brief note on capitalisation: the Internet suggests that opinion is divided as to whether the word in question should be capitalised. In the strictest sense, it is not a proper noun, but 'Anglo-' could be considered a variation on 'English' or 'England', which are always capitalised. As such, this Entry will adhere to the capital 'A'.

The manner in which an Anglophile's Anglophilia manifests itself is usually determined by their depth of familiarity with English and British culture. In America, for example, there are many Anglophiles whose exposure to Britain has largely been through what pieces of its culture have permeated mainstream American entertainment—such as the old BBC comedy shows regularly repeated on American public television. Those Anglophiles might declare that an 'English accent' (by which they often mean a Received Pronunciation accent) is 'sexy', or be able to quote vast tracts of Monty Python sketches from memory. They might profess a fondness for tea, or a passion for the books of JK Rowling or JRR Tolkien. They probably do not know many British people, but they might have gone on holiday to London or the English countryside and be familiar with some of the major tourist destinations there.

While there are many gradations of Anglophilia with varying levels of familiarity with British culture, this Researcher has had a great deal of experience with the opposite end of the Anglophile spectrum: the academic Anglophile. In the study of the humanities, academia still adheres very closely to British literature, history and culture; even those academics who do not study Anglocentric subjects tend to be familiar with the cross-pollination of the British and North American academic universes. Many American academics received degrees or studied abroad at Oxford or Cambridge; many Britons educated in their home country come to America for graduate study or professorships. The chance that an academic Anglophile will know a British person, therefore, is much larger than that of the average civilian, and through their British friends and colleagues academics may pick up an appreciation for institutions of the left-wing British intelligentsia such as The Guardian and Radio 42. They may also express a special fondness for classic British literature, regardless of whether it is Shakespeare and Dickens or Agatha Christie and PG Wodehouse—particularly if they are not in the position of making their living as scholars of said literature. This sort of Anglophile has a tendency to use the British spellings of words such as 'colour' (for 'color') and 'centre' (for 'center'), though bear in mind that an American-seeming person who uses those spellings may, in fact, be a Canadian. Finally, though many academics in the humanities do study subjects such as English literature or European history, one should not mistake scholarly passion for Anglophilia. When there are areas of academic specialisation to be filled in a department, such interests are often, after all, a pragmatic career move.

In the vast majority of cases, Anglophiles are harmless people. British people living in America may sometimes tire of the Americans' entertainment at how they pronounce certain words or assumption of their intellectual authority. However, there is nothing particularly threatening about an individual who can quote every piece of John Cleese's film dialogue or who insists on telling you for the umpteenth time how shocked they were to discover that Hugh Laurie's American accent isn't authentic. They only require a little bit of patience and indulgence—try not to be offended if they imitate your accent or perform awful caricatures of your mannerisms, as they may not realise how ridiculous they're being. Even if you're not the friendliest of people, just be your usual British self and your Anglophiles will be utterly delighted!

In fact, it may at times be quite refreshing for a British citizen living abroad to come into contact with some of the better-informed Anglophiles. Though this Researcher is American, she can imagine that it must grow quite tiresome to be surrounded by people to whom, for example, the word 'Dalek' just sounds like nonsense3. Provided that you can put up with your favourite Anglophile's fetishisation of your accent and life experience, it may be worth befriending someone who is equally upset that the BBC iPlayer is inaccessible from an American IP address. At the very least, an Anglophile may have enough experience with British television and radio to understand your accent, and it's always nice to interact with people for whom you don't have to repeat yourself.

When Anglophiles come to visit or live in the UK, they will likely be even easier to deal with. Those who are less sensitive to the nuances of British culture can be treated just like any other tourist; those who are better at blending in can be treated just like any other Briton or American émigré—and if they are particularly subtle Anglophiles, they may even come to be mistaken for Canadians.

If you're not British and don't happen to share your Anglophile's obsession, treat them as you would any other type of geek. In America, at least, there are certainly plenty of those to go around, and you generally will have some idea of how to deal with them.

Experienced Anglophiles and even actual British people will likely agree that the most important piece of information for budding Anglophiles to keep in mind is this: you are not British. There is nothing wrong with keeping up with British news, pop culture and media, but it's very easy to cross the line from cultural sensitivity into downright offensiveness. Your imitation British accent will not be convincing to anyone; your insistence on British spellings will be exasperating to your American teachers, professors, editors and supervisors who will have to correct them. While it is perfectly acceptable for a British person to maintain their British mannerisms in America, you were most likely not raised and educated in Britain and are not entitled to that leeway. It only comes across as pretentious and ridiculous.4

A good rule of thumb is to maintain the same sense of cultural sensitivity you would apply to interactions with any non-Americans. Keep in mind that your passion for British matters does not make you more of an expert on them than a British person who grew up in that country, and so it's wise, if only for good manners' sake, to defer to actual Britons in any Britain-related disputes. If you're visiting Britain, there's no need to come across as a clueless tourist if you aren't one—but, once again, remember that passion does not equal expertise. If you seem like a know-it-all, that will only cause the British people you encounter to see you as more American!

The only exception to this rule is if you are dealing with non-British people who are less informed about Britain than you are. If you are sure you have the informational advantage, by all means assume an air of superiority. However, bear in mind that it is sometimes difficult to tell who is acquainted with British culture and who isn't—you may unwittingly display your ignorance to someone who has spent years of their life in the UK.

If you aspire to Anglophilia but aren't quite there yet, the best thing you can do is seek out some British friends. Ask them to translate every British word you don't understand, let them recommend books and films to you and follow the sports they do. Use casual conversation as a way to learn more—for example, by asking your British friends where they're from, you may learn something about British geography; if you ask them about their school or university, you may be able to figure out the British education system. If you don't have any British friends, or know of any ways to acquire any, the next-best thing is to watch British television, listen to British radio and read the British newspapers. Be sure to sample a wide variety of these media: Radio 4 will not be a good indication of the sum of British culture, but neither will a tabloid like the Sun.

Of course, one excellent way to become a good Anglophile is a website like h2g2, where you can practise writing in British style (both in terms of spelling/punctuation and idiomatic language), and where it's possible to meet British people regardless of whether you know any in real life.5

1Though someone obsessed solely with only Scotland, Wales or Northern Ireland should probably not be referred to as an Anglophile, the term seems to be in common usage for those whose interest encompasses all of the British Isles.2Though Radio 4 does not express a left-wing editorial viewpoint, in America it is common to perceive any higher-brow factual programming as liberal.3If that statement didn't give it away, it should probably be mentioned that this Researcher is quite certainly an Anglophile herself.4This Researcher was under the misapprehension that she was an honorary British citizen for several years, and she looks back on that period of her life with considerable embarrassment.5Indeed, this Researcher credits h2g2 with the full flowering of her own Anglophilia, in addition to her ability to write this Entry in idiomatic British English.