When it's June, do you hear the hurdy-gurdy in your head? Or head-banger music? This is a review of summer music, because. . .

June Rhymes with Moon, and Researchers Sing in the Shower 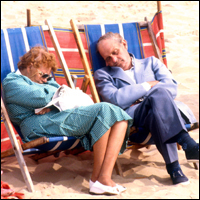 The quote above is from Simon and Garfunkel's 'April, Come She Will'. I wanted to know: what song pops into your head every time June comes around?

June is bustin' out all over,

All over the meadows and the hills. . .   – Rodgers and Hammerstein

Yep, isn't it just? I believe things are a bit warm over on the right side of the pond. You should be enjoying sunny days, but pessimists Icy North and Vip added:

Thirty days and spoils the crops.   – Flanders and Swann

Lil (Auntie Giggles) came up with one of my favourites: 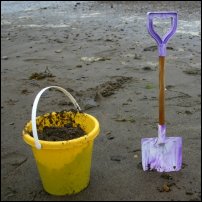 Some people's thoughts just run in odd directions. (I'm going to duck when she reads this.) Ahem, Elektra decided that June reminded her of this:

I think it might have something to do with warm weather, block parties, and Italian American next-door neighbours. Just a guess, mind. Elektra adds, 'romance balogny or pepperoni as the case maybe.' O-kay. . .

Moving right along, we get this one from Maria, with translation. 'Un rayo de sol' means 'A ray of sun', very apt. The lyric means, 'Your love brings a ray of sunshine into my heart.' (Better than pepperoni, anyway.)

Now you know what to sing at a Spanish block party.

Pastey floated by with the cryptic remark, 'Dead Kennedys. Holiday in Cambodia,' but refused to elucidate. We're not sure about that one, but if it brightens up your picnic, go for it.

MMF went in the other historical direction and suggested:

Sumer is acumin in,

Now, that's Old English, and it's fun, and a teeny bit naughty. I admit to singing that one in the shower, though not those Dead Kennedys. But whatever floats your rubber ducky.

Titania took us northward to Sweden with 'Mitt Sommarlov'. It means 'My Summer Holiday', wash your minds out. Staying with the Germanic countries, Bel let us know that an old June favourite, 'Glow little glowworm, glimmer, glimmer. . . ' actually came from a German operetta. (I'm still trying to figure out how fireflies fit into Lysistrata. Maybe h5ringer or Gnomon can enlighten me.) I rounded off the German/Scandinavian tune collection with my two favourites, 'Der Sommerwind' (you know it from Frank Sinatra, but stay away from me), and 'Sommersprossen' ('Freckles'), a ditty that will forever remind me of love-struck Roland, Karin the freckle-faced beauty, and the summer of 1975. Sometimes, you just have to take a friend on a road trip to help his aching heart. . . (You will be pleased to know they weren't separated long.)

I suspect that not all summer song memories are pleasant ones. Magwitch recalled 'Summer (The First Time)' by Bobby Goldsboro. We sympathised, and will not hold it against her.

The last sensible suggestions we got were from Cactuscafe and Pierce the Pirate. CC mentioned Bob Dylan and a line that went 'There's smoke on the water it's been there since June. . . ' Pierce was for a Dylan number called 'Hurricane' which had summer associations for him. After that, the list went downhill musically into a pleasant fog of holiday memories.

Florida Sailor, Happy Nerd, Beatrice, and Deke recommended the following signature tunes for your next outing at lake or beach:

That was about the time they all started making up parody lyrics. When MMF wrote, 'Hey, June, don't be afraid. . .' we sort of knew it was time to call it a musical day, break out the coolers and the barbecue sauce, and head for the nearest water hole. We'll meet you there.

And if you find yourself whistling, 'you've got women on your mind. . . ' as you drive down the A1, you'll know who to blame. 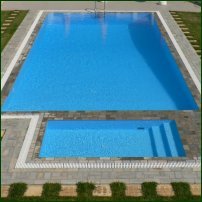 Titania and Ripley the Unau