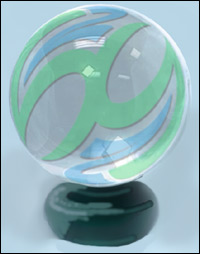 The four entries which make up this series are based on the following conversations:

The analysis is however a personal view and although the conversations are quoted, these entries do not seek to summarise them. Someone else could write very different entries based on the same threads. The links take you to the original posts. The authors of those posts are co-credited1 I have, however, co-credited everyone as contributors to all four entries, regardless of where their comments are included, because it is essentially a single piece in four parts.

The four parts are as follows:

Douglas Adams' original vision of what h2g2 could be is inspiring. But, with the greatest of respect and almost infinite gratitude to him, it is not relevant now. The site is owned by the BBC. They are our only stakeholder and, without their goodwill and money, the site will cease to exist. The BBC's major stakeholder is the British Government and, though one would not expect the British Government to be aware of h2g2, it is clear that they are the ultimate paymasters and we should remember that he who pays the piper calls the tune.

The Government's Green Paper on the BBC was published on the 2nd
March 2005. For convenience, here is an extract of its implications for h2g2 as part of the BBC's web presence. It is discussed in more detail later in this entry.

The Edited Guide vs Wikipedia

We are a collaborative online guide to Life the Universe and Everything, but you knew that already.

In this respect we appear to be the same as Wikipedia, and this
illusion is a dangerous thing. The BBC have a history of closing sites
which duplicate something which is being done elsewhere on-line. For that reason it is important to understand the ways in which we are different from Wikipedia, particularly because Wikipedia has better brand recognition and a wider reach then h2g2.

... the Wikipedia project is flourishing. As of November 2004, according to the project's own counts, nearly 30,000 contributors had written about 1.1 million articles in 109 different languages, though some of these language versions of Wikipedia remained quite small. The Manx Gaelic version, for example, had only 3 articles, the Guarani 10, and the Klingon (yes, from the Star Trek series) 48. The largest, the English language version, contained over 382,000 pages that were thought 'probably' to be encyclopedic articles. - Tech Central
Station

Compare this with H2G2's own Info page.

On top of those rather depressing statistics, Wikipedia has managed to create online partnerships; for example Cerulian Studios chose
Wikipedia and not h2g2 to link their Instant Messenger application,
Trillian2, to. h2g2 can be said to have lost the high-ground of the Internet to Wikipedia, possibly without even realising there was high ground to be had.

We are, of course, richer and more varied than Wikipedia:

Wikki's ... entry on Middletown, Pennsylvania tells you the
size of the town in square miles and population. It also breaks it down
into socio-economic statistics like the median income for a household in
the borough is $35,425, and the median income for a family is $43,661...
Our entry tells you where to eat, what to order, which bar has the best
jukebox and what you can do while you're in town... If I wanted US Census data, I'd visit www.census.gov.
- Jimi X

Wikipedia... 've done really well [on the subject of sex].
Hootoo's set of entries is probably the more useful though. If you join
the site as a never been kissed 17 year old, purely for example, they
might help you to grow up a bit. - Bouncy in the Middle

To me, it's the difference between Encyclopaedia Britannica
and a Lonely Planet Guide. Both are needed, and they serve two different
functions. - KerrAvon


The 'house style' [of h2g2], inasmuch as there is one, is
somewhere between encyclopaedia and magazine, and I'm not sure that's
explicitly recognised. - RFJS

But as well as being more informative, h2g2 is more interactive and
more collaborative:

Unlike wikipedia, here one feels that a) people actually enjoy reading what you've written, and b) it's much easier for people to comment on entries, be it in PR or threads off entries. - KerrAvon

You can go onto the site and look up your maths problem, but
if you have a specific one that isn't covered then you can't just pop onto ask Wiki and get someone to help you. - Bouncy in the Middle

If I want to know something specific, I go to Wikipedia. I'm
just more likely to get the info I'm looking for. But if I want to just
read something ... I'll want to talk about to someone, and somewhere I'll be ABLE to talk about it to someone - h2g2 is the place, and there's no place like it. - Hoo

It's the sheer breadth of the site that makes it unique. Some other sites are better at one aspect of what can be covered by this site, but you'd have to combine five or six of them to cover the same area hootoo does. - Whisky

Our differences from Wikipedia matter, and
should be made more explicit within the site and outwith it.

I am interested that the consensus seems to be that intelligent, open and informed debate are an important part of h2g2. Maybe that should be promoted as a joint primary purpose? - B

Not to do so may in fact be our downfall.

Not really a question of 'keeping up' with Wikipedia, but if
the Board of Governors (or whatever they are now) wants to cast an eye
over savings, they may well conclude that 'competing' with Wikipedia is no longer what hootoo does well, and thus, what is it's reason for existence. - Blues
Shark

The danger is real.

This difference of course comes partly from our differing missions, and partly from the differing ways in which our entries are created.

KerrAvon sums it up beautifully:

Say I'm writing an entry on, err, Jack of the Green celebrations. ...
I've written the article, based on first hand knowledge as a spectator/minor participant. I can then listen and react to the comments of people that have never seen it. Perhaps I've made some assumptions of knowledge that I shouldn't have done. ... No-one is going to change that, because a later editor in the wiki-style is probably also going to assume that people know that ...

Then once that entry is edited, someone could read it and post a thread saying 'This sounds like fun, I want to go. Can anyone recommend a hotel in the area for the night?'. Again, not really an option in other models.

It is not only good for entries, it is good for writers:

All my entries have improved immeasurably during the Peer Review process, which is one of the best experiences on h2g2. - Z

So h2g2 is not merely a Guide, it is also a Community. A wave and a
particle. Yin, perhaps, and yang. The community exists because of the
Guide and the Guide exists because of the Community, but for many many
members of the site, the community aspects are more important than the
Edited Guide. This is hardly a surprise, for most of us people are
ultimately more important than things.

H2g2 has been described variously as a magazine office, a village, home, a rolled up newspaper, drugs3, a willful
guide with a mind and destination all of its own, a cocktail
party, a cross
between Radio 2 and Radio 4, a Pub called Procrastination, a cup of
coffee or tea.

More concerningly: h2g2 can be like
crashing a private party and like a
school playground and I'm the new kid

I think of it as a small town.... and since part of Douglas Adams' goal was to learn about online communities it may also be accurate to say that it is an experiment or a laboratory.

Researchers comment repeatedly on how supportive the community is.


The friends I have made here are very special also. Over the
time of my late father's sickness they were really supportive. - Woodpigeon

...they have come 'to my rescue' on more than one occasion and I'm not sure how I would have managed without them. - azahar

This is partly because the breadth of the site makes it possible to
gain a surprisingly rounded impression of the person behind the strange
name:

Like Ag's comments on heavyweights turning fluffy on different threads and Az's comment about the supportive nature of people - both are the two things I think that put this site away from others - we can be downright nasty to each other re: what we believe in but we would support that person emotionally in another thread. - Alfster

It certainly keeps people coming back:

The beauty of this site, and sometimes it's downfall, is its
multi-faceted (some might say schitzophrenic) character - it's at the same time complex and simple, it's not a cult site yet is home to numerous cults, it's serious and extremely silly, it welcomes newbies yet has a long, complex and oft-referenced history... When taken as a whole the site is full of contradictions and complexities, developed naturally over time... Now to me (and I'm sure to many of you) this is what keeps me here, but when seen from the outside as a whole you've got to admit, it could well be a little intimidating. - Whisky

Others have commented on the atmosphere:

What I really like about h2g2 is its over all civilised nature. Like Woodpigeon said, there is a certain freedom about this place: you can do whatever suits you, and there's a good chance no one's going to call you stupid for it. Amidst all that flaming and bad spelling on other sites, hootoo is a lovely, peaceful, stimulating place. - Aïna

However the atmosphere can be positively alcoholic at times:

Err, well me being me it's probably the smutty piss-take
atmosphere in friends' journals, which make my time here feel like one
extended evening down the pub. - KerrAvon

It was not mentioned in the threads discussed, but it should also be
remembered that the site is important because of the romances and even marriages that have begun
here.

But although we are special, we are not unique, and we should remember that:

... the community behaviors on hootoo are not unique. I'd seen the same sort of things on some IRC channels (as both insider and
outsider) and the Starship Titanic boards before I ever came to hootoo,
and I've seen it elsewhere since. - Blatherskite
the Mugwump

1Several of them mentioned the demise of the collaborative entries with some sadness, and I was happy to oblige. - B2Trillian is a utility which combines multiple MSN, AIM, Y! and ICQ accounts into a single front end. If you type in a word which has an entry in Wikipedia, then the word is turned into a hyperlink to that entry.3Highly
addictive, used by a wide range of people, ocassionally enlightening but
too much leaves you with a sore head.