Nicknames Content from the guide to life, the universe and everything 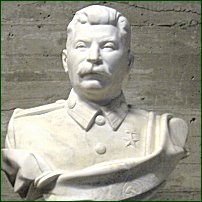 A nickname is an alternative to a person's real name, by which he or she can be referred to informally. Some are known only to a handful of people, while others are public knowledge. They can be affectionate or scornful. Some choose their own nicknames; others have nicknames thrust upon 'em.

Why Have a Nickname?

There are many reasons why someone can end up having a nickname, or even more than one: different nicknames can be used in different situations (one in real life, another on the Internet) or by different persons (family and friends).

Of course, the fact that your nickname is known only to some of your friends might lead to awkward situations. One Researcher remembers:

I once knew a chap whose name was DC Hawkins, but all us colleagues used to call him 'Jim', presumably after the cabin-boy in Treasure Island.

Come the evening of a dinner-dance, he brought his wife. I mentioned 'Jim' to her and she didn't know who I was talking about. Apparently she'd never ever heard him referred to by this pseudonym despite having been married to him, probably since World War II (he'd been a Flight Engineer on Lancaster bombers). She'd always called him by his proper first name of 'Derek' (which us colleagues had never ever heard).

How to Choose a Nickname

The method of finding a nickname depends partly on whether you choose it for yourself or for someone else. Nicknaming someone is not always the result of a conscious process: one day, you will observe that your friend looks like John Cleese, and from then on this nickname will stick to him1.

Anybody can acquire a nickname, whether they like it or not.

Things, rather than people, can also get nicknamed. These can be everyday objects, or maybe frightening things which you may wish to seem less scary.