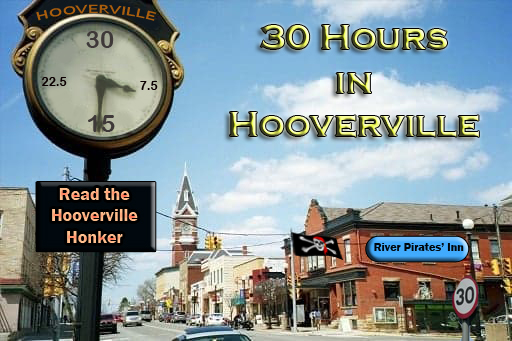 The 2019 Post NaJoPoMo project will be a group experiment in novel-writing, a chapter at a time. The title: '30 Hours in Hooverville'. The project is described below.

What will we end up with? Who knows? Maybe a formula for peace, love, and understanding. Also, possibly, a virtual riot. Let the games begin! Sign up to be assigned a character (Post Editor's choice in order to make this fair. The Post Editor knows you people and promises not to give you anything you'd really hate.)

For more locations, use this map from the Library of Congress and your imagination. 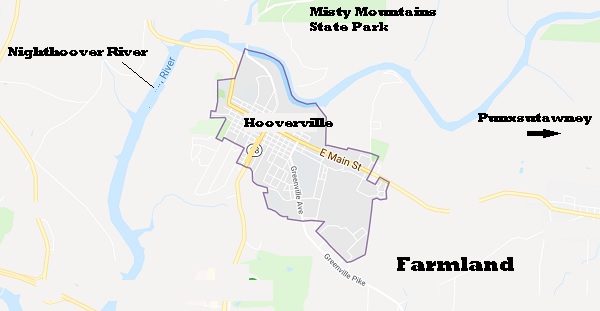 For the directionally challenged (like the Editor): North is 'up' on both maps.

The list of characters can be found here Join them as they spend a day and some in the magical town.