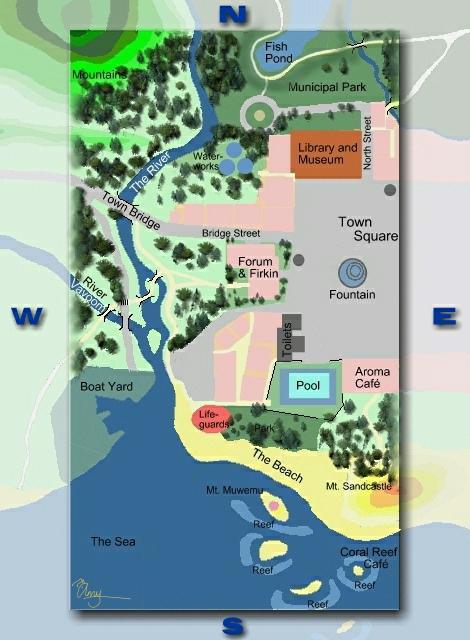 Welcome to Hiking Through H2G2: Putting H2G2 on the Map, where we map out, and explore, the community of H2G2.

So, why do we need to explore H2G2? By exploring it, we discover what it is about H2G2 that we find enjoyable and addictive.

Newspapers have a long tradition of exploring the world. In Victorian times, newspapers would often send out teams of explorers to chart the remotest parts of Africa and South America, the reports they sent back thrilling and exciting the crowds at home. One of the most famous works of fiction, Arthur Conan Doyle's "The Lost World", is based on that very theme. These days, with satellite surveillance and Nature Parks, there are very few jungles left to explore that still contain unknown mysteries - one jungle that does exist that is relatively uncharted is H2G2.

Here, exclusively for the H2G2 Post, our team of researchers will delve into the depths of H2G2, meeting all aliens, elves, monsters or magic without turning aside in our effort to report back what we have seen.

So that, simply, is the aim of Putting H2G2 on the Map; to Map Out and Explore H2G2, yet what will we do with our Map? What will it be used for?

Whilst on H2G2, I have seen conversations become dominated by arguments over whether outside a particular building was a field or a beach. This is something which "Hiking Through H2G2" intends to avoid. We do not intend to say "We are right, this is what the communities of H2G2 are like, and how they will be like". The Verbal Map of H2G2 we create is not a Political Map, showing chasms, rigid borders and war zones, but an old-style explorers Map, showing the wonders of the world, with the phrase "Here Be Dragons" surrounding the dotted-line edges. You are encouraged to travel with us, but to go further and fill out those edges yourselves.