Twitter to the Barricades! #secondcivilwarletters and Their Meaning Content from the guide to life, the universe and everything 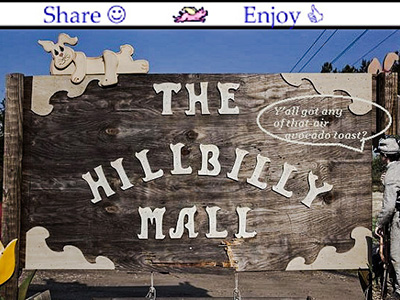 The Fourth of July is a joyful US holiday, celebrated to commemorate the Declaration of Independence, a highly influential document in the history of democracy1. All over the United States, people enjoy this midsummer holiday with picnics, barbecues, and other outdoor activities, and culminate their evening in that great 18th-century pastime, admiring fireworks   – often set to music, though not usually by Handel2. It's a happy holiday, on the whole: a time when Americans sport red-white-and-blue everything, from bandannas to picnic tablecloths. At this season, citizens across the political spectrum set aside their policy differences and unite in praising their republic, and the principles of self-determination and human rights for which it stands.

Who are we kidding? They bicker on, as usual.

Sometimes the bickering is funny, though. Take 2017, when National Public Radio3, who continue the ancient tradition of reading the Declaration aloud on their stations, decided to take the idea one step further, and ventured onto social media. Their Twitter rendition of the Declaration in 140-character bites garnered some praise – but also provoked ire from conservatives. The problem? While US history students may be counted on to remember the preamble to this august document – at least the 'life, liberty, and the pursuit of happiness' part – they are unlikely to remember the rest of the resolution, which is a long list of things King George III did wrong. A list like that might be misconstrued, particularly if the things George III did wrong were being done, say, by a current political leader… The misunderstanding eventually got sorted out, but not before causing much amusement.

2018, though, was a banner year for Fourth-of-July social media activity. That was the year that the #secondcivilwar (US) broke out on Twitter. In the madness, memes were abused, and many jokes were made about avocado toast. You shall hear.

Prelude to a Meme

To understand what follows, you need to know about two influential people: Ken Burns and Alex Jones. Ken Burns is a documentary filmmaker. His works are a staple of US 'public' television, while Alex Jones, host of radio's Infowars is... sui generis.

Burns' five-part 1990 documentary series on the US Civil War was initially seen by over 39 million Americans. It garnered 40 major awards. For many, if not most Americans, this series defines what they know about the massive 1861-1865 conflict. It can still be viewed online. Burns' technique, which is widely regarded as dignified and scholarly, is to show slides from the period while playing commentary, often letters from the period read aloud, over a score of mostly period music. The striking musical exception is the haunting 'Ashokan Farewell', a waltz played by composer Jay Ungar on the violin4. That song, never heard during the Civil War, has become imprinted in the American mind as the song of the war. Play it, and people will start thinking, 'Dearest Molly, I fear I shall never see home again. The Rebels are massing over the ridge; we can hear the crunching of goober peas…'

Alex Jones is a different kettle of fish. The radio host is fond of warning the public about dangers they didn't know existed. Here are some of his notable claims5:

Not everyone believes Alex Jones. In fact, many Americans of all political persuasions claim to find his claims laughable. Which is why it was not surprising that they snorted when Jones claimed, shortly before the Fourth of July, that the holiday would signal a 'Second Civil War' initiated by the Democratic National Committee. It was also not surprising that they would express their derision on Twitter. What was surprising was that they combined scorn for Alex Jones with affection for Ken Burns documentaries, producing a tweetstorm of tsunami proportions in the form of #secondcivilwarletters.

As some tweeters suggested, we think you should turn on Ashokan Farewell while reading what follows.

The first salvo was fired by Amanda Blount on 2 July:

My Dear John,
The war isn't going as planned. Our supply trucks are limited. I'm out of wine and sunscreen. The enemy burned all the books and there is no place to recharge my Kindle. The only music is an old CD of Justin Bieber. – All is lost. #secondcivilwarletters

The challenge was accepted – approximately 200,000 times.

Kelli Crackel
My Darling,
War is hell. The Battle of Trader Joe's lasted many days. We lost half our battalion, some to enemy fire, some to the dreaded Covfefe virus. I still live, but for how much longer I do not know.
Pray for us.#secondcivilwarletters

'The dreaded covfefe virus' is a reference to President Trump's mysterious tweet of the as-yet undefined word 'covfefe', which the public refused to accept as a typo. 'Trader Joe's' is a shop.

Tim
Dearest Parents,
The mess hall has run out of avocados so I was forced to top my toast with jam. The fog of war is so trying at times that even my therapy unicorn brings no comfort.
#SecondCivilWarLetters

Explanation: The alleged – we stress 'alleged' – 'culture wars' between left and right rely heavily on the stereotypical assumption that left = elitist suburbanites who favour fad diets and trendy ideas, while right = vulgarians who consume vast quantities of junk food, shop at downscale venues, and are functionally illiterate. The humour in these tweets consists of broad self-mockery. Of course, there were also sly digs at the 'other side':

Sam Bova
Dear Ma and Pa,
It’s Day 2 of the #SecondCivilWar. My comrades and I have set up camp in a library. There is absolutely no chance they will find us here.
Love,
Sam

Doctor Doom
My Dearest,
At first we were scared of the enemy artillery, but when we realized their trajectory math was based on the earth being flat, we relaxed. Their shelling has fallen woefully short for days and yet they refuse to recalculate.
With Love,
Derek

This kind of insult naturally offended some on the 'other side', although many took it in good fun. Some conservative users even tweeted support for the jokes. (It is possible they recognised the element of self-parody in the tweets. It is also possible they were writing some of the jokes.)

The snark went on for days. Letter writers imagined an epic conflict taking place in malls and shopping centres, on public streets, and even on the beaches, between the Red Hats (a reference to signature red caps with 'Make America Great Again' or MAGA on them) and the Pink Hats (knitted pink 'pussy hats' worn by anti-Trump marchers). Both sides 'suffered' (in a theme borrowed from real Civil War letters) from melodramatic deprivation when their stereotypical requisites were curtailed: wifi, their favourite music or food, the mysterious covfefe, etc.

As time went on, inventiveness included staged photos of the Second Civil War in 'action' (mostly harmless 4th of July activities), with suitable captions. Ration coupons for 'avocado toast' were posted, suitable for printing. Various political leaders were nominated as generals and field officers in the 'war'. One tweet said, 'I have just spotted an enemy encampment,' followed by a four-second video of a trailer park with a Trump sign. Jokes were made about grammar and spelling, the taking of Starbucks, surrounding the enemy with taco trucks, and more.

Claire Smith
My Dearest One,
I embedded with troops at Bowling Green. It resulted in a massacre. I attempted to get pictures, but had no way to get power to the microwave. Alas, I must find a way to get back safely. I am in need of some warm covfefe.
Pray for me.

Humorous references here: the 'Bowling Green Massacre', a nonexistent event once cited in error by a White House spokesperson, and microwave ovens, claimed by the same spokesperson to be capable of containing hidden spy cameras and microphones. And, of course, the ubiquitous covfefe.

By the time national and international media got hold of the story, the Second Civil War was a full-blown meme. The Memphis (Tennessee) Commercial Appeal particularly liked tweets with Southern references:

TheUnspiration
My dearest Laura,
Our fears have become reality. Due to cheap insulin and widespread proliferation of the Rascal scooter the South has risen again. We expect the enemy to attack Krispy Kreme once their batteries are charged and statins take effect.
RB

Patrick Raissi
Dearest mama, they have not given me the WiFi code for the Cracker Barrel6. This is my darkest hour yet.

The Commercial Appeal drew attention to the enjoyment citizens of all political outlooks were getting from the hashtag game, and added, '...the letters provided an entertaining respite from the political bickering that is a constant in these polarized times – at least for those with a sense of humor7.'

The #secondcivilwar will be archived and enjoyed for years to come, no doubt: a tribute to human creativity, resilience, and humour even in the face of frustration and political strife. The Founders might have approved of this Independence Day jeu d'esprit. It demonstrated how robust a democracy came out of that Declaration of Independence.

Sassy Little Bee
The Second Civil War Letters are the most wonderfully American thing I’ve seen in a good, long while. God bless these letter writing Americans for giving me a reason to *not* pretend I’m Canadian today! #SecondCivilWarLetters

Oh, and the 'second civil war' Alex Jones was talking about? The biggest news of 4 July, 2018, was the arrest of a lone protestor who climbed the base of the Statue of Liberty. Sort of a slow news day.

1Although the document itself was ratified by the Continental Congress on 2 July, and the signing itself happened in August, the fact that the printers put 'IN CONGRESS, JULY 4, 1776' in large, friendly letters at the top of the published version sent the historical calendar in a different direction. Call it 'definitively inaccurate' and leave it at that. Founder John Adams himself believed the country would in future have fireworks on 2 July. He was wrong.2Handel composed fireworks music for King George III. George was the subject of the Declaration of Independence, but not in a good way.3National Public Radio (NPR) is a listener-supported radio network that caters to a mildly educated audience. Although generally non-confrontational, middlebrow, and middle-of-the-road, its programs are frequently attacked by conservative commentators and politicians as having a 'liberal bias', or even being 'leftist'. It is hard to defend a charge of near-communism when levelled at the likes of Car Talk, but they try.4'Ashokan Farewell' wasn't composed for The Civil War, but for the Ashokan Fiddle and Dance Camps in New Paltz, New York. The association of Jay Ungar's waltz with the historical period is a tribute to his ability as a composer.5Source: Aidan Quigley, 'Who is Alex Jones? His Top Five Conspiracy Theories Ahead of NBC's Megyn Kelly Interview', 16 June, 2017, 12.53pm (presumably EDT). Accessed 5 July, 2018, at 2.20pm EDT.6A restaurant chain popular in the southeast US. Cracker Barrels feature a row of rocking chairs on the front porch for convenient waiting, with price tags as they are available for purchase. To get to and from the restaurant, it is necessary to go through a gift shop heavily stocked with mass-produced 'craft items', candy, and country music CDs. The 'chicken fried chicken' is a specialty.7Ron Maxey, 'Dear Twitter: Thank you for the respite from our hardships on the civil war front lines', Memphis Commercial Appeal, Published 12.53pm CT July 5, 2018, Updated 1.23pm CT July 5, 2018, accessed 6 July, 2018, 7.53pm.