Model Railways: The Trains Content from the guide to life, the universe and everything 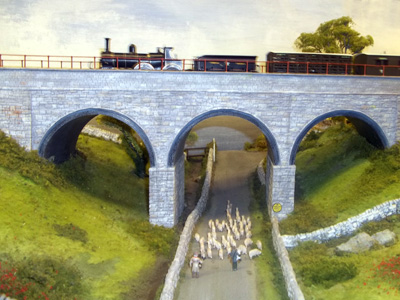 The various parts of the trains on a model railway are divided into running and rolling stock and further broken down by their actual use. With almost two hundred years of train development and differing needs and customs around the world, the following list is by no means meant to be complete, but it is intended to give the novice railway tycoon a brief introduction to their new profession.

One of the most noticeable differences between the British 'railway' and an American 'railroad' is the designation of the rolling stock. In the UK they are divided into coaches, carriages, wagons, trucks and vans, but in the US they are all merely classified as 'cars'.

Although this Entry may seem to focus on full size railways, each of the items mentioned is available as a model in at least one scale, or existing models can be easily converted by the dedicated hobbyist.

It is a good idea to be consistent in your choice of trains, to match your theme and the scenery. Although you can purchase a model of Stephenson's Rocket and have it pulling Eurostar carriages, it would not look right. Most famous steam engines such as The Flying Scotsman, City of Truro, Green Arrow, Evening Star or Mallard are available in a number of sizes, while many other engine types, whether steam, diesel or electric are available to purchase, along with a wide variety of carriages and trucks.

The running stock includes all the components of your railway that are capable of self-propulsion; all of the rest that have to be pulled or pushed from place to place are the rolling stock. This is a brief summary of most the common types of running stock, sorted by their source of power. 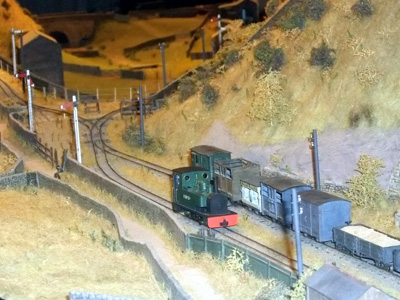 The freight service remains the most profitable area of railway operations. Huge loads of heavy items can be transported by a railway more efficiently than any other form of transportation, except possibly by ship. As the railway and ships operate in totally different environments, they have a symbiotic relationship - a model seaport could be included on the side of a layout and have trains running to and from it.

The early freight units had only a single axle at each end with a single pair of wheels; today almost all have a 'bogie'2. It is a common practice for model companies to add the term 'bogie' to the label on the box to clarify the exact product offered.

Railway passenger service was the most popular form of long distance travel prior to the Second World War. After the war commercial aviation took control of much of this market. Commuter rail services near large cities, Metropolitan light rail and long distance discount services such as Eurail remain popular.

Passenger coaches are available in a wide array of styles. From the early 19th Century wooden coaches and the 'Art Deco – Stream-Line Modern' trains of the 1930s to the modern 'Bullet Train', the choices are almost endless. We shall only attempt to identify a few here.

Running Stock that Also Serves the Function of Rolling Stock

Many passenger coaches in commuter service are self contained units with the controls and drive engines mounted in the coach itself.

Here are a selection of the most common passenger coaches; there are many other types that are available.

There are also several special classes of trains that have earned their own worldwide reputation. As with any international discussion there are bound to be those who disagree with these selections. Even if these trains are not offered as a stock kit, many modellers will modify existing units by adding custom artwork and details.

We hope this has given you a few ideas for the theme of your model railway and a better understanding of the various types and variety of products available.

1Notably trains in the Isle of Wight, South East England and the areas beyond the underground railway in Washington, DC.2A chassis with four wheels on two axles. When mounted at each end of modern rolling stock, these assist in navigating corners and points and also improve suspension. Known in the US as a 'truck'.3Built by the Budd Company of Philadelphia, Pennsylvania between 1944 and 1962.4A modern luxury service in the UK inspired by the 'Flying Scotsman' we have mentioned previously.