'The First Time Ever I Saw Your Face' - the Song Content from the guide to life, the universe and everything 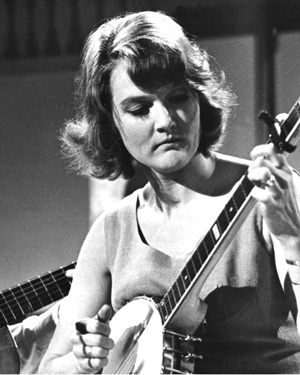 'The First Time Ever I Saw Your Face' is a folk song written in 1957 by British singer/songwriter Ewan MacColl (1915-1989) for American musician1 and folk singer Margaret (Peggy) Seeger2 who went on to become MacColl's third wife. From the opening lines, the listener is aware that the song is deeply personal - a reflection of the performer's feelings for the love of their life. There are three verses: the first involves the meeting between the two people and the effect it has on them; the second is about the memory of their first kiss; the third describes the quiet aftermath following the first time they made love. It can be sung by a man or woman without having to change any original lyrics.

The relationship between Ewan MacColl and Peggy Seeger was a complicated love story which could have been written by a Hollywood scriptwriter. MacColl was married to his second wife Jean Newlove and their son Hamish was aged six when he fell for 21-year-old Seeger in 1956. She was then performing in the UK, having just spent over a year hitchhiking around Europe and the Far East. Seeger became his lover, and for a while, MacColl maintained both relationships. When Seeger went on tour in the US, MacColl couldn't accompany her because the US had barred him due to his political beliefs3. The lovers kept in touch using long-distance telephone calls, and it was during one of these that MacColl recited his song to the woman he was missing.

Seeger became pregnant in 1958, when her work permit for the UK expired and she was facing deportation to the US. MacColl was not free to marry her himself, so he asked his friend, Scottish folk singer Alex 'Big Daddy' Campbell, to enter into a marriage of convenience with Seeger. She was heavily pregnant with MacColl's baby when Campbell married Seeger in January 1958 in Paris, France, with MacColl as witness. Around this time, MacColl's wife also became pregnant, and gave birth to their daughter Kirsty Anna4 on 10 October, 1959. MacColl eventually left his wife and their two children to be with Seeger. They divorced their respective partners and married each other in 1977. Their family grew to include three children, Neill, Calum and Kitty. Seeger stayed with MacColl until his death parted them in 1989.

'The First Time Ever I Saw Your Face' was originally sung as it was intended, as a folk song, by the woman it was written for, Peggy Seeger. It was subsequently recorded as a slow love song by Roberta Flack in 1969 for her album First Take. Her sensual rendition of the tune became a No 1 hit in the US after it was chosen by Clint Eastwood for the soundtrack of his 1971 film Play Misty For Me, which he both starred in and directed. The single was a Top 20 hit in the UK, spending a total of 14 weeks in the charts in 1972 and peaking at number 14. It reached Number One in the Australian chart in June 1972 and remained there for two weeks. Roberta Flack's version won the Grammy Award for 'Record of the Year' in 1973. MacColl also won the Grammy for 'Song of the Year'.

MacColl's original song was meant to be fast-paced — the first recording by Peggy Seeger lasted only two and a half minutes. It is known that MacColl disliked the slow version by Roberta Flack, which lasts over four minutes, although her version is undoubtedly the best-loved by the record-buying public and probably the most well known worldwide.

He [Ewan MacColl] hated all of them. He had a special section in his record collection for them, entitled 'The Chamber of Horrors'. He said that the Elvis11 version was like Romeo at the bottom of the Post Office Tower singing up to Juliet. And the other versions, he thought, were travesties: bludgeoning, histrionic and lacking in grace.
– Justine Picardie, daughter-in-law of Ewan MacColl

The live version performed by an emotional Matt Cardle12 during The X-Factor in November 2010 brought 'The First Time Ever I Saw Your Face' to the attention of a new generation of fans. At the time of writing, the official YouTube clip had received over two million hits.

On 18 March, 2011, during the BBC's charity fundraiser show Comic Relief, George Michael's version of 'The First Time Ever I Saw Your Face' was played over a clip showing a child having bandages removed from his eyes. The child then saw his mother for the first time in his life. He had just had a cataract operation, paid for by Sightsavers, the eye charity supported by Comic Relief.

1Although she can read music, Peggy Seeger prefers to play by ear. Her instruments include the guitar, five-string banjo, the mandolin and concertina.2Peggy has a musical family background. Her father was Charles Louis Seeger, inventor of the melograph, an electronic means of notating music. Peggy's mother was composer Ruth Crawford, the first woman to be awarded the Guggenheim Fellowship Award for Music. Peggy is half-sister to Pete Seeger (born 3 May, 1919) who was highly influential in the late-1940s folk revival in the US.3MacColl joined the Communist Party in 1929 at the age of 14 years, and he considered himself a 'Marxist-Leninist revolutionary' his whole life.4Kirsty MacColl became a singer/songwriter herself. She was killed in a tragic accident in Mexico in December 2000, which has never been satisfactorily explained.5Sounding nothing like the original by Peggy Seeger, Elvis sang verses one, two, then two again, omitting verse three entirely, and added his own 'uh-huh-huhs' as chorus. 6Soprano with orchestral backing.7Without the help of The Captain.8The Chi-Lites weave their own special magic with this version, adding an intro and extra finale which makes the song last a whopping six minutes.9This is a reggae version, strictly for reggae fans!10This is the version favoured by the YouTube and iPod generation.11MacColl was not a fan of Elvis and chose to ignore the rock'n'roll genre altogether.12The eventual winner.