The X Factor - the Television Programme Content from the guide to life, the universe and everything 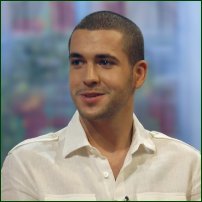 First broadcast in 2004, The X Factor is a reality TV show on ITV1 which offers its winner a recording contract and a shot at pop superstardom. The programme differs from similar talent shows such as Popstars and Pop Idol in that it allows solo artists and groups to compete for the top prize, and there is no upper age limit in who is allowed to take part. Hopefuls are split into three categories - solo artists aged 16-24, solo artists aged 25 and over, and groups. Each of these categories is mentored by one of the three judges - Simon Cowell, Sharon Osbourne and Louis Walsh - which makes them as competitive as the performers, since they are also competing to 'win' the series.

The show features a number of different stages. The first is the auditions, in which the judges choose around 100 acts from each of the categories to go through to the next stage. This is often regarded as the best part of the series, as the bad auditionees are mixed in with the genuine talents, making for hugely entertaining viewing as the more tone-deaf hopefuls are cut down to size by the judges while others divide opinion. Cowell, Walsh and Osbourne, while friends offscreen, have been known to have major disagreements over some auditionees in front of the camera.

In the second stage, those who passed the first audition are taken to 'boot camp' where they are put through a string of challenges such as singing for the judges once again, learning songs overnight and singing in groups or pairs. They also find out at this stage which judge will be mentoring which category, which can be either good or bad news for those who divided opinion in the initial stages, depending on whether they have a judge who was supportive of them or not.

The numbers are then whittled down once again, with only a handful of hopefuls taken to the next stage, which involves auditioning for their mentor once more at a location of their choice. At the end, the judges choose which four acts they will take to the final stages.

At this point, there are 12 acts - four in each category - remaining. From this point the show is similar to other shows in that the finalists perform live each week and are then put to the public vote. Instead of simply eliminating the act with the lowest number of votes, however, the bottom two acts each week are made to sing for survival, with the judges deciding on the strength of their performance who stays and who goes. Of course, the mentor of each finalists always votes to save them, meaning the judge who does not have an act in the bottom two invariably has the casting vote.

This has, however, led to some uncomfortable situations when two acts from one category find themselves in the bottom two, meaning that their mentor usually has to send one of them home. This has led to some uncomfortable moments for the judges, most notably when Sharon Osbourne refused to vote off an act when put in this position, hence it fell to the public vote to decide who would leave that week. When only four acts remain, they are eliminated according to the public vote until two remain to compete against each other in the final.

The judges' vote itself has also created some controversy, including the moment in series two when Louis Walsh opted to send home singer Maria Lawson over girl group The Conway Sisters. Since Lawson was considered to be one of the favourites, while the Conway Sisters were Irish and had previously worked with Walsh's own act Westlife, he was accused of bias. Things got so out of control that for a while it looked as though Walsh would quit the show mid-series - although he turned up the following Saturday as usual amid speculation that he wouldn't. Their mentor Cowell later voted them off the show himself, amid rumours that he had disowned them following rows over song choices.

The show has given a career leg-up to many of its contestants, not just the eventual winners. The champions of the first two series, Steve Brookstein and Shayne Ward, both topped the charts with their debut singles (Brookstein's was a cover of the Phil Collins hit 'Against All Odds' while Ward's was an original song, 'That's My Goal'), but others have achieved similar success. Chico Slimani, for example, who came fifth in series two, scored a number one hit in early 2006 with 'It's Chico Time', while Andy Abraham and Maria Lawson have also had top 20 hits. Abraham has also enjoyed success in the album charts, as have G4 and Journey South. Meanwhile Brenda Edwards, the most successful female performer in series two, has starred in the West End production of the Chicago musical as Mama Morton.

So far, the mentors and finalists in each series have been as follows:

X Factor Around The World

The format has been sold to other territories, with varying degrees of success. Australia was one of the first countries to stage its own X Factor after the UK, but it proved unpopular with audiences and ran for only one series. Other countries to stage their own versions include Belgium, Iceland, the Netherlands and Russia, and there have also been Latin American and pan-Arabian series of the show. The latest country to take the plunge and produce their own X Factor is Kazakhstan.

Those with ITV2 can tune into this companion show every week after the main programme has finished. Hosted by Ben Shepard, it initially shows extra auditions and boot camp footage, as well as interviews with judges and hopefuls alike.

Later on, when the live finals begin, The Xtra Factor also goes live and is shown after the main programme, in order to gauge the reaction of the judges, the act who has been voted off, and the other finalists.

The show's predecessors have included Popstars, which was first shown in 2000 and followed a similar format, only with a panel of judges choosing five people to be in a band, and with no live shows or involvement from the public. The series spawned Hear'Say, who had the fastest selling number one single in history with their debut effort Pure And Simple, but who split up only a year later.

Subsequent shows included two series of Pop Idol, the first of which made stars of Will Young, Gareth Gates and Darius Danesh (who previously achieved notoriety on the first series of Popstars with his version of Britney Spears' 'Hit Me Baby One More Time').

The second series was won by Michelle McManus. A further series of Popstars, called Popstars: The Rivals, featured live shows in which the public voted on members to form a boy and girl group, with the winning band being the first to score a number one single. The show was eventually won by Girls Aloud, who nabbed the 2002 Christmas chart-topper with 'Sound Of The Underground', while the boy band, One True Voice, disbanded after just two singles.