The Grammy Awards Content from the guide to life, the universe and everything 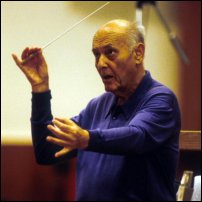 The Grammy Awards are generally held to be the most prestigious awards in music. They were established in 1958 and are held annually in February in the United States. The winners are decided by the 20,000 members of the National Academy of Recording Arts and Sciences (NARAS, sometimes also called the Recording Academy), which includes artists, producers, engineers and other industry professionals.

Unlike many music awards, the Grammy Awards have categories for a vast variety of music, from popular genres such as pop and rock to less mainstream styles like gospel and polka. They even have categories for comedy albums, spoken word albums1 and music for children. There are categories recognising soundtracks and scores to tv and musicals, classical, opera and choral music. Some of the genres covered must appeal to very small fanbases only – Best Hawaiian Music Album, anyone? How about Best Zydeco or Cajun Music Album? No?

Awards are not limited to the actual contents of the cds. There are awards for best music videos and there are categories celebrating the design of the album sleeve and - this is not a joke - an award for Best Album Notes. The awards cover pretty much every conceivable angle, even those you would never imagine needed covering. The 2009 awards had a total of 110 different categories.

Many genres - or 'fields' - have multiple categories. For example, the pop awards are currently split into seven individual categories:

Most other genres, thankfully, do not have that many divisions. As a rule, there are five nominees in each category. Sometimes there are one or two greater or fewer than five; this is down to ties in the nominations.

The most prestigious categories are Record of the Year, Album of the Year and Song of the Year. These categories can include nominations from any genre, though in practice it is rare for something that is not mainstream (such as pop or rock) to win. Herbie Hancock's Album of the Year win in 2008 with his jazz album of Joni Mitchell covers, River: The Joni Letters is an exception to the rule.

A further pan-genre category is the Best New Artist award. This can, ironically, go to an artist who is not really 'new' at all. It is not especially uncommon for the winner of this award to have already released several albums, because the criteria is that they have released 'the first recording which establishes the public identity of that artist'. Amy Winehouse, for example, had some success in the UK with her first album Frank but won this category after the enormous worldwide success of her second album Back to Black.

History of the Grammy Awards

The Awards are handed out by an American group4 called the National Academy of Recording Arts and Sciences (NARAS). This was formed by a group of record label executives who met in 1957 at a restaurant in Hollywood. Early members in the Los Angeles area included Doris Day, Nat King Cole and Rosemary Clooney. In 1959, a New York City chapter was added to the Los Angeles group and the Recording Academy held a nationwide competition to name the new awards they planned to give out. The name 'Grammy' was suggested by quite a few people, but the winner was a Jay Danna from New Orleans, whose suggestion was the first to be received. It originates from the word 'gramophone'.

The first awards ceremonies were held the same year, simultaneously in the Beverly Hilton hotel in LA and the Park Sheraton hotel in New York. Recordings were eligible if they had been released the previous year. This first ceremony had only 28 categories, compared to more than a hundred today.

Later in 1959 a second ceremony was held, again in LA and New York, for recordings from the beginning of January to the end of August that year. The number of categories increased to 34, including the addition of Best New Artist, won by Bobby Darin.

The following year NARAS added a group of Chicago members and in 1964 a Nashville chapter was added. The Academy was growing and continued to do so.

In 1971 the Grammys were broadcast live for the first time. 1988 saw the arrival of the rap categories, with Best Rap Performance won by DJ Jazzy Jeff and the Fresh Prince5 for 'Parents Just Don't Understand'.

1997 saw the launch of the Latin Academy of Recording Arts and Sciences, an off-shoot of NARAS. The Latin group now holds the Latin Grammys, with their first awards show taking place in 2000.

The Nomination And Voting Process

Before a Grammy can be awarded there is a long procedure to go through:

As you might guess, the Grammy statuettes are based on the design of a gramophone. Each award is a black plinth topped with a golden gramophone. The design was by Marvin Schwartz, the art director of Capitol Records and was finished in 1958. The design itself was based on a mixture of three different brands of gramophones.

1Such as audiobooks – Barack Obama won Best Spoken Word Album for the recording of his book The Audacity of Hope.2The category names, you will notice, are not especially pithy.3This is different from the former category in that the Duo or Group category refers to people who usually perform together, while the latter refers to people who do not.4Though awards can go to anyone, regardless of nationality.5Better known as Oscar-winning actor Will Smith.6Who?7Over such acts as the Indigo Girls and Neneh Cherry.