Shakespeare's Ophelia - 'Cursed'? Content from the guide to life, the universe and everything 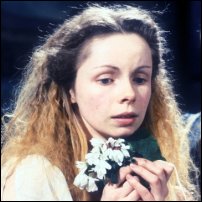 Sometimes when there is a hot topic, certain events can be traced back and threads linked when the connection is mere coincidence. Curses abound in popular culture, like the one invented by newspaper reporters when the intact tomb of Pharaoh Tutankhamun was discovered by Howard Carter in 1922, or the attempt to explain the calamities involving the Superman actors and stuntmen.

Probably the most well-known theatre superstition involves Shakespeare's play Macbeth, which some people believe is cursed because of the unusual detrimental incidents during various productions. Actors prefer to call Macbeth 'the Bard's play' or 'the Scottish play' – if the name is mentioned, a routine of unknown origin was devised: leave the room, quote from A Midsummer Night's Dream, turn around three and a half times, knock and wait to be asked to re-enter, but there are others. A hilarious rendition of the effects of speaking out loud the name Macbeth to superstitious actors was performed in an episode of Blackadder 3; it involved hand-slapping, turning and spitting to counteract any bad vibes.

Some people think the character of Ophelia was inspired by pregnant 16-year-old Kate Hamnet, who drowned herself in the River Avon when William Shakespeare was a child. He named his son Hamnet, apparently after her. Ophelia was the name given to the tragic daughter of the character Polonius by Shakespeare for his play Hamlet. Ophelia's love for Prince Hamlet of Denmark was unfulfilled; she went mad and later committed suicide.

Bad stuff can happen to anyone at any time, but the accusation of 'cursed' could be said of playing the part of Ophelia, because several of the actresses who have portrayed her have indeed suffered some bad luck:

In 1720 former actress Susan, the sister of Sir Charles Mountfort, out of her mind following a broken love affair, rushed the stage at Lincoln's Inn Fields theatre in London just as the actress playing the part of Ophelia was about to perform her mad scene.

Famous Welsh actress Sarah Siddons née Kemble (1755 - 1831) played Ophelia in 1785. She was better known for her performances of Lady Macbeth – her contemporaries knew her as 'the undisputed queen of Drury Lane'.

Mary (1790 - 1830) played the part of Ophelia to John Kemble's Prince Hamlet at Covent Garden in 1813. In the audience were members of the aristocracy and Mary caught the eye of one of them; later Mary became the Right Honourable Lady Thurlow (Countess Thurlow) when she married Edward Hovell-Thurlow, 2nd Baron Thurlow (1781 - 1829) on 13 November, 1813. They had three sons; Edward, the oldest, inherited the title of 3rd Baron Thurlow upon his father's death.

Jean Simmons OBE acted as Ophelia in the 1948 cinematic outing of Hamlet directed by and starring Laurence Olivier. The film won the Academy Award for Best Picture, plus three other Oscars including Best Actor for Olivier's Prince Hamlet. Jean was nominated for Best Supporting Actress, but she lost out to Claire Trevor for her portrayal of Gaye Dawn in Key Largo.

Carolyn played two parts in the 1960s TV series The Addams Family, that of Ophelia Frump and her sister Morticia. Ophelia was originally engaged to Gomez Addams but he dumped her when he met her sibling Morticia and married her instead.

Marianne became the girlfriend of rock legend Mick Jagger in December 1966. In the 1967 film I'll Never Forget What's'isname Marianne recreated Ophelia's drowning scene in a bath while being watched by Oliver Reed's character. Marianne became pregnant by Jagger in 1968 but she was addicted to cocaine and their daughter Corrina was stillborn.

Marianne performed as Ophelia to Nicol Williamson's Hamlet in 1969. Jagger, apparently, attended every screening. The film was directed by Tony Richardson, father of Natasha mentioned below. He contracted HIV, later developed full-blown AIDS, and died in November 1991.

The actress daughter of Vanessa Redgrave and Tony Richardson played the part of Ophelia in the stage production of Hamlet in 1985.

Kylie Minogue OBE recreated the pose in the famous 1852 painting of Ophelia by British artist Sir John Everett Millais2 on the promotional material for her 1995 collaboration with Nick Cave on the 'Where the Wild Roses Grow' single. The death of Ophelia was a suicide but in the 'Where the Wild Roses Grow' video, the young woman is murdered by her lover to preserve the image of her youth and beauty in his mind forever.

Kate3 took the part of Ophelia in Kenneth Branagh's Oscar- and BAFTA-nominated Hamlet (1996) for which she won an Empire Award.

Julia starred as amateur photographer Ophelia in a modern-day adaption of Hamlet in 2000. The film received a critical mauling as it was thought by film critics that mixing the olde English dialogue of Shakespeare's day with modern elements like cameras and CCTV just did not work. Even Ophelia's suicide scene was changed from the original brook to a hotel forecourt fountain. One New York film critic wrote that it 'may well be the dullest and most pointless version ever filmed' and another wrote 'Shakespeare massacred'.

Emily, daughter of Roger Lloyd Pack, was just 16 when she was BAFTA-nominated for her starring role in Wish You Were Here (1986), and she was expected to have a great acting career ahead of her. Starring in films alongside A-list leading men like Brad Pitt (A River Runs Through It), Bruce Willis (In Country), Kiefer Sutherland (Chicago Joe and the Showgirl) and Peter Falk (Cookie) earned her fees of up to £250,000 a time. Emily made her stage debut as Ophelia in 2003 at the Shakespeare Festival.

Sybil Vane is a character in the novel The Picture of Dorian Gray by Oscar Wilde. She is an actress who catches Dorian's eye, playing the part of Ophelia in Hamlet. A sweet and innocent virgin until Dorian seduces her, she succumbs to his charm and falls pregnant. When he subsequently leaves her, she drowns herself in a river, and Dorian is tormented by thoughts of her dead body floating on the water like Shakespeare's Ophelia.

Obviously not all the actresses who have portrayed Ophelia on stage and screen have suffered bad karma, but they are not widely reported unless they are highly unusual. One can hardly call the domestic arrangements of Oscar-winning actress Tilda Swinton 'bad'. Tilda, who voiced the part of Ophelia in Shakespeare: The Animated Tales in 1992, resides in Scotland with the father of her twins, John Byrne. Tilda and John are no longer a couple and unusually their new partners are welcome visitors to the family home. Such an amicable set-up is rarely pulled off but Tilda insists they are all 'good friends' because she and John are no longer sweethearts. She doesn't understand why the press made such a fuss after she attended the BAFTA awards in 2008 with her boyfriend, German actor and artist Sandro Kopp. Tilda insists that their unconventional lives are really very dull, and the priorities are the children who live in 'a house full of love'.

Ophelia has not taken off as a Christian name, which is unusual considering the popularity of the Bard's other heroines like Bianca, Margaret and Juliet, although those names were not invented by him.

African-American Robin Ophelia Quivers (born 8 August, 1952) is the producer and co-host of The Howard Stern Radio Show; that's her cackling laugh you can hear in the background. Also an actress, she starred in Stern's 1997 comedy Private Parts. She was sexually abused as a child by her own father, and now works voluntarily for a charity helping other abuse survivors.

The name Ophelia has been used in other works of fiction:

1Today we would call this depression.2Millais died of throat cancer aged 67 years.3Kate and her husband Sam Mendes have a home in England which previously belonged to Raoul Millais, the grandson of Sir John Everett Millais who painted the 1852 portrait of Ophelia mentioned earlier.