Outliving Your Child Content from the guide to life, the universe and everything 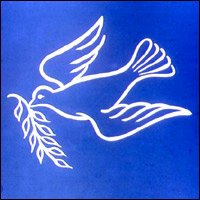 To outlive one's children is a curse of the gods.
– Old Chinese proverb

This Entry discusses how some parents have dealt with the pain of losing a child by trying to make sure that the circumstances of their loss are less likely in the future.

It's normal, in the course of human life, to suffer losses through death. Such events can be extremely stressful and may take years to recover from. People expect to lose grandparents, and eventually parents; it's the way of the world. There is a word to describe the child (of whatever age) left behind when both parents are lost: orphan. But there is no word to describe the greatest loss of all: the death of your child.

A lot of people can't even contemplate their own mortality. It usually takes the untimely passing of an old school friend to prompt otherwise sensible adults to make a will. So to most parents the abject anomaly of their child dying is unthinkable - a taboo subject which is never given a passing thought, unless of course the child has a life-threatening illness.

The sudden death of a child of any age has a profound affect on the parents and extended family. Some people never recover from such a blow and spend the rest of their life grieving. Counsellors speak of the evil trio of parental grieving: denial, guilt and anger. Denial in itself can be a coping strategy which works for some, while guilt and anger are more difficult to overcome. Some parents have found that becoming involved in bettering the circumstances around which their child died is a necessary part of grieving.

Believing in something bigger than yourself can help - no matter what, if any, religion you practise - or even specifically believing in God. Just acknowledging that what has happened is all part of a greater plan and accepting it can help some people to get through the pain. The power of prayer shouldn't be underestimated. Praying is something you can do alone or in a group, and there are people who will pray for you and your family.

On 3 September, 2005, a gas explosion destroyed a house in Michigan, USA. Inside were eight children of the sister of the owner, and a family friend who was babysitting. The two sisters (the mother of the children and the owner of the house) had gone to attend to the needs of another sister, who needed help being put to bed. Despite losing six of their children that day, the parents found strength and comfort in their faith, and counted their blessings that two had survived. Their story travelled the world, and many people wrote letters to them and sent cards. Some told how the grace, fortitude and courage that the parents displayed following the tragedy had inspired them to make their own lives better. Others found the calmness and almost immediate acceptance surreal.

The Gift of Organ Donation

Modern medicine has progressed sufficiently to allow the miracle of providing someone else with a new lease of life via transplantation, although certain people are barred from considering this option on religious grounds. Unfortunately, the number of people in need far outstrips the availability of organs. Yes, there are registers, but they don't overrule the wishes of the next-of-kin, who may think differently to the deceased, or just not know their thoughts on the matter.

Some medical personnel just can't bring themselves to ask newly bereaved relatives to consider organ donation, for fear that they risk compounding their grief. There isn't much time to discuss the issue once death has occurred, as the organs only remain viable for a short period. Ideally, this is something that could be discussed within families, before something tragic happens. It doesn't have to be morbid, and can be phrased tactfully, using other people as examples. Children usually make their minds up pretty quickly about such issues and generally stick to their original decision years later.

For some parents, the gift of organ donation and knowledge that part of their loved one lives on through others can bring much-needed solace. The parents of seven-year-old Jade Stoner agreed to allow her organs to be used for the benefit of others after her tragic death in a road accident in 2006. Jade's heart saved the life of a baby girl with cardiomyopathy, and her liver provided a better chance of a normal life for a two-year-old boy with Alpha-1 antitrypsin deficiency. One kidney was given to a 29-year-old, while a 42-year-old received the other kidney, and Jade's pancreas. Jade's mother, Debbie, also raised a petition of 3,500 signatures to present to the local council to have road-calming measures installed on the estate where they live, in the hope that such a needless tragedy doesn't happen to another family.

The following are further examples of cases where parents have outlived their children:

Suzy Lamplugh's parents have never discovered what happened to their daughter. They channelled their unimaginable grief into the Suzy Lamplugh Trust to help other women to keep themselves safe.

The parents of murdered Sarah Payne campaigned in vain for a 'Sarah's Law' - a British equivalent to the USA's Megan's Law. But the British Government did promise tougher action against sex offenders.

MADD (Mothers Against Drunk Drivers) was formed by Candy Lightner, whose daughter Cari, 13, was killed by a hit-and-run drunk driver in 1980. One of the aims of the US and Canadian group, now headed by Laura Dean-Mooney, is to support victims of drink-drivers. It also campaigns against courts which hand down lenient sentences to motorists caught driving with excess alcohol in their bloodstream. Candy Lightner co-authored the book Giving Sorrow Words and was lauded by US president Ronald Reagan for her work.

Shirley Nolan lost her only child, Anthony, to a dreadful disease called Wiscott Aldrich syndrome, a rare deficiency of the immune system. His life could have been saved by a bone marrow transplant from a suitable donor. But when he was in need there was no such thing as a bone marrow register. The publicity garnered from little Anthony's fight for life, including his mother's arrest at 10 Downing Street, helped set up the Anthony Nolan Trust. Shirley lived to see thousands of successful transplants performed each year, and 100,000 names added annually to the donor register - a living memorial to her son which continues today as a fitting epitaph to both of them.

Former professional goalkeeper Bob Wilson and his wife Meg created The Willow Foundation after losing their daughter Anna to a rare form of cancer in 1999. The UK-based charity arranges 'special days' for seriously and terminally ill people from the age of 16 up to age 40.

Living the rest of your life without the physical presence of your child is painful and can be a lonely path to travel, as different people grieve in different ways. Some find it comforting to write about their feelings. Others talk of having their own guardian angel watching over them. The coping strategy used is highly personal; there are no set rules, and not everyone has to agree on the type of memorial. For example, there is a company which assigns unnamed stars with the loved-one's name, supplying the astronomical information and a certificate of dedication. This is non-scientific, of course, and some would denounce the practice of selling star names. But the knowledge that there's a star in a certain constellation which shines in the name of the child can bring immense comfort to grieving parents and grandparents.