The Willow Foundation Content from the guide to life, the universe and everything 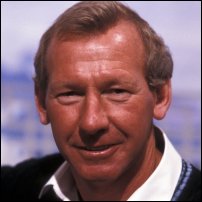 The Willow Foundation is a UK-based charitable organisation that arranges 'special days' for seriously and terminally ill young adults from the ages of 16 to 40. There are other similar charities, such as 'Make-a-Wish', that help children in similar circumstances; however, very few cater for the older teenager and adult. The Willow Foundation looks at giving something to this particular group of people, who are sometimes forgotten about by other charity organisations1.

After the sad loss of their daughter Anna in 1999, Bob Wilson (TV presenter and ex-goalkeeper for Arsenal and Scotland) and his wife Meg decided to found the Willow Foundation in her memory. After a five-year-long battle with a very rare form of cancer, malignant schwannoma, Anna died shortly before her 32nd birthday. 'Willow' had been Anna's nickname, used by her father when she was a child, and the Foundation's logo is a stylised image of a purple weeping willow tree.

Inspired by seeing Anna's spirits lifted by special treats and days out, as well as observing that her pain was seemingly reduced when she had something to look forward to during her illness, Bob and Meg decided to try to do the same for other seriously ill young adults.

Special days returned the smile to Anna's face at a time when her life had taken a very different path to that of her peers. We knew that if special days worked for her, they would work for others living with similar pressures - returning some normality to lives and creating precious memories for the future.
- Bob Wilson OBE

Applicants can apply through the Willow Foundation to experience a special day, and these can be anything of their choosing; from a day at a spa to meeting their favourite celebrity. Family and friends are encouraged to join in too, and the foundation aims to make each special day one to truly remember.

I was up in the clouds all day.
- Neil Rookes, Special Day applicant

An h2g2 Researcher had a special day with the Willow Foundation in 2007. She and her sister were collected by limousine and taken to London to have a makeover at a top salon, followed by a concert by one of her favourite stars - Justin Timberlake (including tickets to a backstage party). She has also had the opportunity to meet and thank Bob and Meg personally at one of the foundation's fundraising days.

Bob and Meg have taken more of a back-seat with the charity since 2003, but are still very actively involved as trustees, and in fundraising events and activities. Many other UK celebrities have also joined the Willow Foundation as either patrons or ambassadors, including footballer David Seaman, news presenter Natasha Kaplinksy and chef Gary Rhodes.

Volunteers play a crucial role in the day-to-day running of the Willow Foundation, doing everything from administration to occasionally helping out on a special day. Community events, from black-tie balls to raffles and cake stalls, are organised to raise funds and organising your own event is actively encouraged. While the Willow Foundation offers various items through its online shop, it also eagerly accepts donations of any sort, from financial assistance to just a spare hour or two to help out where needed.

The Willow Foundation, like any other charity, relies on the heartfelt contributions of its patrons and volunteers in order to fulfil its main aim of bringing a little bit of joy to those who often go without.

1And indeed, forgotten about by many other groups.