Breast Cancer Content from the guide to life, the universe and everything 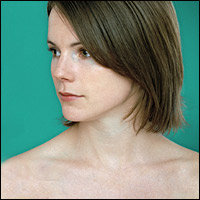 Medical disclaimer: All content within this Entry is provided for general information only, and is in no way meant to act as a substitute for the advice of a qualified professional. Always consult your own GP or other healthcare professional if you are in any way concerned about your health.

One in three people will be diagnosed with some form of cancer during their lifetime. Some cancers are becoming more prevalent; one of those is breast cancer, which is now the most common cancer in women in the UK, affecting one in nine. Over 40,000 people in the UK, including around 200 men, are diagnosed with breast cancer in any given year. According to the statistics, most likely to be affected are obese people; post-menopausal women; and those with a blood relative already diagnosed with breast cancer1. Age is another factor: women aged over 60 are at greater risk, but 7,000 new patients in the UK per year are below the age of 50. The good news is the improvement of successful treatment rates, which means that many more breast cancer patients are going on to make a full recovery.

All women should practise breast awareness. This means getting to know what is normal for your breasts, so that if you notice any changes, you can get them checked out straight away. Feel each quarter of the breast and over the nipple area by pressing with the fingers of a flat hand. Remember to check the armpit area as well. Just before your menstrual cycle, your breasts may become larger, tender or feel a bit lumpy. This is often normal - it's due to the hormonal changes in your body. Checking your breasts is something your partner can participate in and that's more fun than self-examination.

A sudden sharp pain in the breast/chest/armpit area can sometimes have the simplest explanation: check your bra if you are wearing one. With underwire bras the wire can sometimes work its way loose and friction causes it to 'ride up' out of the bra and into your soft tissue. The sensation can be quite alarming, like someone sticking the blunt end of a knitting needle into your side (or breast, depending upon the exit point of the wire).

Bloody, mucky and pus-like discharges from the nipple aren't necessarily a sign of cancer, but they should certainly send any sensible woman straight to her doctor.

Cancer can strike anyone at any time. However, there are things you can do to minimise the risk of developing breast cancer:

And even though more scientific research is needed before we can be sure about the links between diet, exercise and breast cancer, all women are encouraged to follow a healthy lifestyle by:

Every woman is different so you just need to know the basic warning signs, but do report anything out of the ordinary for you. Medical personnel would rather check a false alarm and reassure the worrier than have something potentially wrong go untreated. Things to look out for include: lumps (may be painless); tissue thickening; skin changes over the breast; nipple discharge; puckering, or a sensation of being tugged at; unexplained bruising; inverted nipples; strange sensation; pain.

If you display any of these symptoms you should immediately ask for an appointment with your GP or health provider so you can discuss the problem. Most lumps are not malignant, ranging from harmless calcium deposits and cysts to benign fibroadenomas (also known as 'breast mice'). If your GP is concerned after a thorough examination they will order an X-ray of the breast, known as a mammogram. An ultrasound examination may be used as an alternative in young patients and can also be performed to clarify the situation after a mammogram. If a specialist deems it necessary a fine needle aspiration2 or biopsy3 can be taken, following which a pathologist can determine the presence of malignant cells.

If malignant cells are present and the breast cancer diagnosis is confirmed, the patient will be offered treatment based upon their own individual needs. The ability to access a team of breast cancer specialists like nurses will help with the practical side of things, but loss of confidence and/or lack of self-esteem also need attention. Cancerbackup is a registered charity which can provide access to a counsellor or give details of a local support group. The Lavender Trust aims to provide services and support for younger women (under the age of 50) diagnosed with breast cancer.

Like all cancers, breast cancers can be staged according to their extent. TNM staging is based on three points: the extent of the tumour (T), the invasion of surrounding lymph nodes4 (N), and the presence of metastases (M). T1 represents a small tumour with minimal invasion into the surrounding tissues, T2 and T3 represent tumours of increasing size (2-5cm and >5cm respectively), while T4 is reserved for tumours which have become fixed to surrounding structures. Meanwhile, N0 is used to indicate zero lymph node involvement, with N1 to N3 being used as nodes progressively further from the tumour site become involved. M0 indicates no metastases, while M1 indicates metastatic spread to a place other than the surrounding lymph nodes. It is reasonably obvious that a T1N0M0 cancer has the best prognosis. Number staging of breast cancer can also be used, in which case stage 1 cancer has the best prognosis and stage 4 cancer the worst.

Where medical intervention is available and requested, there are treatments designed to kill off cancer cells while attempting to minimise the damage to normal cells. Choice of treatment depends upon the patient's age, general state of health, family history, type of cancer and, in some cases, religious beliefs.

At the age of 59, the late 18th-Century novelist Frances (Fanny) Burney d'Arblay, found out that she had breast cancer. The medical treatment in 1811 was a radical new procedure called a mastectomy, which Mme d'Arblay opted for. Unfortunately these were the days before anaesthetic, so she was able to record later in a letter the truly harrowing details of how seven people held her down while the surgeon wielded his scalpel. The fact that she survived the operation was something of a miracle, and she lived to the ripe old age of 87.

If the patient has had chemotherapy, one of the possible side-effects is thinning of the hair and hair loss. Having been through a traumatic procedure and being at a low ebb anyway, the loss of one's crowning glory is a deeply personal blow. Other people may say you look fine but it's how you feel that matters. Since Kylie Minogue had a much-publicised battle with breast cancer, it's been heartwarming to see scarves and hats become fashionable thanks mainly to her exuding sexy confidence throughout public appearances.

A new treatment to prevent hair loss has been devised called the Cold Cap system. The cap reduces the temperature of the scalp, restricting the blood flow to the hair follicles. It needs to be fitted before the chemotherapy session is commenced, and should remain on for about an hour or more after the treatment has ended; thereby extending the amount of time spent at the appointment. The cap requires trained nursing staff to deal with it, and it isn't suitable for use with every chemotherapy drug.

Whatever a person goes through in their lifetime, the diagnosis of cancer is one of the most devastating. Suddenly everything in their life changes, and the feeling of loss of control can be overwhelming. Some people withdraw into a shell. Others have the attitude 'the show must go on'. Some use it as a driving force, raising awareness and funds for cancer charities. Support from family and friends is vital in helping restore confidence. However, the support system shouldn't forget the person pre-cancer diagnosis; it's important not to let the cancer 'take over' the sufferer's life and be the sole topic of conversation. After all, the whole point of treatment is to improve a woman's quality of life, not to encourage others to take it away. Don't treat them any differently even though your heart is probably breaking, you need to be strong for them.

[The cancer has] become a third person in our marriage. My husband is walking on tiptoe and wrapping me in cotton wool. My kids won't even look at me. When you arrived with flowers, I felt like I was already dead. Sorry.
- Linda B, 2005.

1As one in nine women are affected it is reasonably likely for a woman to be related to someone with breast cancer, and so only close blood relations should be counted (as opposed to the daughters of your great aunt and so forth).2A needle is inserted and used to remove a small amount of cells or fluid from the lump.3A piece of the lump is removed.4Filter sites for the body's lymphatic drainage system.5This is a catheter that is inserted into the jugular vein, but is then tunneled through to the chest wall so that the point of exit from the body is away from the neck.