Jane Tomlinson CBE - Charity Campaigner Content from the guide to life, the universe and everything 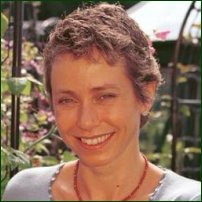 Rage, rage against the dying of the light
–  Do Not Go Gentle Into That Good Night by Dylan Thomas

What drove a terminally-ill woman to spend what little time she had left – precious time that could have been spent with her young family – to raise funds to find a cure of, and raise awareness of, the disease that was slowly killing her? In a tribute to dogged determination, superhuman strength and incredible human spirit, hopefully this Entry will help us all to understand the truly remarkable Jane Tomlinson.

Jane (maiden name Goward) was born in Rothwell, near Leeds, Yorkshire, UK, in 1964. She worked as a paediatric radiographer at Leeds General Infirmary. When she was just 26 years old and the mother of two small daughters, she was diagnosed with breast cancer. This was a devastating blow to a young woman in the prime of her life. After beating the disease into submission with drugs and chemotherapy, she had another child – a much-wanted son – in 1997.

Unfortunately, when the disease flared up again it returned with a vengeance, and a large tumour formed in her lung, restricting her ability to breathe. The strong anti-cancer drugs affected her internal organs and she then suffered from heart disease. Secondary cancers discovered throughout her torso in 2000 rendered her condition terminal. However, Jane didn't want to die quietly – she turned her tragic personal situation into a story of awesome inspiration and raised over £1¼m for her cancer and medical research charities in the process. In a modern world that is often sad and selfish, and so much of the news seems to be bad, this diminutive gritty Yorkshirewoman provided inspiration for others, healthy, unwell, or grieving1.

Marathons are a real test of human endurance. Most people who are fit and healthy can't run 26 miles, never mind someone who is terminally ill. In April, 2002 Jane entered and finished the London Marathon. Later the same year she completed the London Triathlon, and in the Great North Run in Newcastle-upon-Tyne, Tyne and Wear, she narrowly beat her own husband.

Between 20 March and 11 April, 2003, Jane shared a tandem with her brother Luke Goward and cycled from John O'Groats to Land's End, a 1,060-mile journey. Averaging 60 miles a day, Jane had to have two chemotherapy sessions en route. The pair celebrated their success at Land's End with a specially-prepared Cornish cream tea. Two days later she ran the London Marathon with her husband in just under six hours.

In 2004, Jane completed a five-week 2,000-mile tandem charity ride through Europe, again with her brother Luke. During the journey Jane climbed Mont Ventoux. Hoping to raise £100,000, the final total was a fabulous £232,000, all coming from the generous public as Jane wasn't commercially sponsored.

The generosity of the public has touched me deeply. I feel weary, tired and sore after the ride but the monies raised make it all worthwhile, especially when you see it being used to such good effect. The thousands of letters and messages2 make me feel very humble.
– Jane Tomlinson speaking in 2004

Jane's two daughters Rebecca (then 16) and Suzanne (then 19) joined her for the Salford triathlon, which consisted of a 1500m (just under a mile) swim, an eight-mile (12.8km) bicycle ride and a two-mile (3.2km) run. Even though the event was held in July, the weather was terrible with continuous, driving rain and a cold, whipping wind. There was a 'People's Race' before the main event, which Jane also took part in, completing it in two hours. All this she managed yet up to two weeks before, Jane was so severely ill that she was unable to feed and dress herself, so only had a fortnight's training in preparation.

In November, 2004 Jane entered the Florida 'Ironman' contest, completing a two-mile swim, 112-mile bicycle ride and 26-mile marathon, all in less than the required set time of 17 hours.

After completing four months of chemotherapy in early 2005, Jane tripped over a kerb on her first training run and broke her ankle. She had to spend five weeks with her ankle in plaster before recommencing training for the Great North Run that September.

It's like being released from chains getting off chemotherapy and then this happens.
– Jane's husband Mike Tomlinson

In 2005, Jane announced that she was retiring from fundraising because she was so unwell. Remarkably, her health improved enough for her to compete in the New York marathon that November and she finished it in a time of just over five hours.

After finishing her fourth course of chemotherapy in April, 2006, 42-year-old Jane began preparing for her biggest challenge yet, and on 29 June she set off - to cycle 4,214 miles (6,760 km) across the breadth of a continent in approximately 62 days - her largest fundraising appeal to date. This kind of endurance feat was something never attempted by a person with a terminal illness before. Cycling with her were Leeds Metropolitan University public relations lecturer Ryan Bowd, 27, a Canadian triathlete, and 40-year-old Martyn Hollingworth of Aviemore, Scotland, who worked for the ride sponsors. Jane's husband Mike and their nine-year-old son Steven followed them by car, with 18-year-old daughter Rebecca joining them as soon as she had finished her 'A'-levels. Steven was in charge of the home video camera as he was recording the ride for a future documentary on their local television channel.

On one day in July alone, they traversed three mountain passes between Nevada and Utah, covering more than 80 miles in temperatures topping 38°C (100°F). Elevations to climb ranged from 8,000 feet to 11,000 feet. Temperatures soared to 120°F on Route 50, but Jane explained that undertaking the trip during the long school summer holidays was the only option because she didn't want to be away from her family for over two months.

Further into the journey, the cyclists were chased by dogs. As Jane had a phobia of dogs, it took tremendous determination to continue cycling, never knowing what was around the next corner or over the next hill. One youth hurled a bottle at Jane. Other hazards were being sprayed with loose road chippings by passing traffic, large insects on the road which gave off a foul odour when trucks ran them over, and being ordered to ride on the hard shoulder by a traffic cop.

In all, Jane took just seven rest days. The final week caused a great deal of concern, as Jane became violently ill. One night the team were convinced they would have to give up because Jane just didn't have anything left to give, she was so totally drained. Representatives from the British Embassy in Washington delivered a handwritten letter from the British Prime Minister:

Well done on all your fundraising efforts. It's a fantastic achievement. Good luck, Tony Blair.

Then several Embassy members of staff joined them on the journey for a day in support, and Jane rallied yet again. In an interview with her young son by the roadside, he asked her a question sent via email by a supporter: 'What keeps you going?' She looked at her son, smiled and answered: 'You do'. They were due to finish on 31 August, the six-year anniversary of the day her doctor gave her six months to live. Missing their target by just one day, Jane and her team completed the journey across America in Battery Park in New York on 1 September. The Herculean feat was Jane's swansong. During the journey Jane lost up to 25% of her body weight. Her sunken eyes displayed the pain of advanced bone cancer but her smile was still firmly in place; it was a humbling and moving sight.

Jane and her husband became proud grandparents in October, 2006 when their elder daughter Suzanne, 21, had a baby girl, Emily.

Jane Tomlinson is an inspiration to the many people in the country who are also living with cancer.
– Maureen Rutter, Director of MacMillan Cancer Support

Among the charities Jane supported are:

On 28 January, 2005, Jane proudly announced that her fundraising had reached and surpassed her £1m target. Following that, another £¼m was raised. When all the sponsorship money and donations for the Cycle Across America journey were in and counted, her appeal was expected to top £2m.

Jane and her husband set up their own charity, Jane's Appeal, so they got to determine how the money raised is spent. The charity will continue in her name as a tribute to Jane's indomitable spirit.

During her epic challenges Jane received many messages of good luck and support, not just from well-wishers but also from fellow cancer sufferers and other extremely ill people. These people were given hope when they saw Jane battling through her own ill-health and turning her personal tragedy into a positive legacy. A diagnosis of terminal illness is not a death sentence, it's about living your life one day at a time – just like Jane did.

I have enjoyed some of the things I've done and the physical feats I've done but I'm sure there are things that other people can do in their lives that they'll enjoy which will give them a more positive outlook when they have quite a bleak future.
– Jane Tomlinson on 1 September, 2006

Jane Tomlinson passed away on 3 September, 2007 at the age of 43, seven years after she'd been given six months to live. Her family said:

Seven years ago her aim was to leave us with fantastic memories. None of us expected how fantastic those would be.

1One of the tributes on her website after her mammoth trans-America cycle ride finished on 1 September said: From Tim Clarke – in memory of Penny Sutherland Clarke.2Two main messages coming through in letters to Jane during that epic journey was that she gave hope to people and everyone wanted her to achieve a fundraising total of a million pounds.3Including the inventor of the Internet Sir Tim Berners-Lee and double-Olympic champion Dame Kelly Holmes.