Pop - the Word Content from the guide to life, the universe and everything 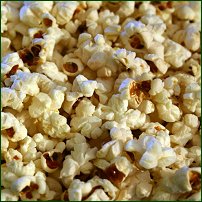 This Guide Entry is written in the most descriptive language in the world. English-speaking cultures have produced some of the finest prose, poetry and speeches known to man. English words exist to define just about every nuance of every meaning. They can help you to convey complex ideas, so long as you have a large enough vocabulary or a good thesaurus. If you don't, however, then don't despair: one word may just fit the bill instead.

Pop is a noun, a verb, an adjective and an adverb. The Oxford English Dictionary lists 14 separately derived pops, totalling about 80 separate meanings. It also forms dozens of compound words, and features in many idioms, phrases and acronyms.

Let's have a closer look at this versatile little onomatopoeic palindrome.

It isn't the most widely defined word - that distinction belongs to another three-letter word: 'set'. But pop's ability to substitute many of the most common English words is certainly impressive.

Verbs such as come, go, appear, open, hit, put, write, jump, pay and take can be substituted for pop, in the right context, as can nouns like shot, attempt, father, explosion, fizzy drink, criticism and energy. As we'll see, you can describe your life history using it: from birth through to marriage and finally death.

It's a UK slang word meaning 'to give birth'. So, once your mother's popped, you're here. If you're lucky, you may know your father too. Why not call him Pop? Millions do.

You grow up and meet people you fancy. We'll skip over one particular pop activity involving cherries, but if you decide this is the life partner for you, then you might pop the question.

Maybe you'll want children or, if you prefer, contraception - so why not try the progesterone-only pill or, you've guessed it, POP?

Eventually, you'll grow old. We hope you have a fulfilling life before you pop your clogs.

It would be a dull life without recreational activities, and it's comforting to know that we've reserved a wide vocabulary of terms to help us describe them.

If you're a baseball player, you won't want to pop an easy catch off the bat. In cricket, batsmen defend their wickets by standing at the popping crease. They'll be wary of a bumpy pitch which could cause the ball to pop up unexpectedly.

In horse racing, a good jumper is said to have pop, but in figure-skating you pop if you fail to complete all the rotations of a jump.

Learning to drive? Practise that pedal control if you don't want to pop the clutch. Does the speed make your ears pop? Maybe motorcycling is your thing; if you can tip it up, some say that you pop a wheelie. Don't fall off, mind; you might pop a couple of ribs. Or if you break a limb you may get a POP cast1 on the affected region.

Being a spectator is easier: just pop yourself in front of the TV and enjoy the action. Hungry? Have some popcorn, a Pop-Tart or even a popsicle2.

You may not associate such a casual term with creative writing, but if a deadline's approaching you may just pop down the first thing that pops into your head.

An artist may say a dab of paint adds a pop of colour, particularly if they're a pop artist. Deriving from popular, pop music has scores of variant terms: pop star, pop group, pop festival etc. Without it, we wouldn't have had acts like Pop Will Eat Itself and Iggy Pop, nor groundbreaking TV shows like Cheggers Plays Pop.

Sadly, there are also nasty matters to deal with in life. Things explode with a pop, someone might hit you by giving you a pop on the nose, or have a pop at you verbally, or even with a gun. When an Australian goes off pop, they lose their temper.

In slang use, a pop is an injection of a narcotic drug. Pill-popping is an alternative - you may say you bought them for £10 a pop. Don't get arrested for any criminal act, though; in the US they may say you got popped.

When a Lancastrian tells you they'll be there in a pop, is this a hitherto unknown unit of time measurement? Lazy statisticians wouldn't agree: to them it's a syllable-busting abbreviation for population. Acousticians will recognise it as one of the three distinctively different sounds emanating from a bowl of Kellogg's Rice Krispies, after you pop some milk over them.

It's animal, vegetable and mineral. In botany, the pop is a Caribbean term for the winter cherry or physalis, and in zoology it's a UK regional word for another winter visitor, the redwing. Mineral? Maybe, in the sense of fizzy pop mineral water.

You'll find more pops in the bowels of your computer. It's the way the processor retrieves information from a stack: it pushes it on and pops it off - a bit like storing pieces of paper on a spike. Not only that, there are those irritating pop-up windows, too. Finally, your email messages may be stored on a POP server, to be held until your client software retrieves them. This is an abbreviation for the seemingly archaic 'Post Office Protocol'.

It's almost time to pop off, but we'll leave you with a few which may make your eyes pop.

When you hit hard times, you might decide to pawn your possessions by taking them to the pop-shop. Some believe this derives from the unusual lyrics to the children's rhyme 'Pop Goes the Weasel'. But the OED traces the term to a mid-19th Century dance. It is however believed to be derived from the term 'pop your clogs'.

You can use pop or poppet as a term of endearment for your sweetheart, although you may choose not to tell them that a poppet was originally an effigy of a person into which witches would stick pins.

Finally, pop is an abbreviation for poppycock. This itself derives from the old Dutch word poppekak, literally 'doll's excrement', although some believe it comes from the word pappekak, 'excrement as soft as porridge'. So who said English was the most descriptive language?

1Plaster of Paris.2That's an ice lolly for UK readers - an iced lollipop, of course.