Tucuxii is our kind of atheist. (We think Jesus would have liked him.) 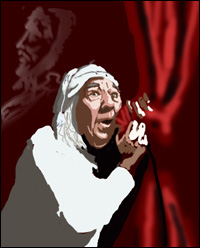 It has come to my attention that claims have been made that "militant atheists" are out to destroy Christmas. As one of the godless I would like to present a slightly different perspective.

Firstly left to my own resources I would not be picketing church services or poisoning mince pies – given the chance I’d go for a lovely long walk on Christmas morning, followed by a carpet picnic and Lord of the Rings fest on the DVD.....but what will happen will be as follows....

In the very near future my sister will call me and invite me over for Christmas, she will do so as she "feels she should". I will accept, as I know she will be mortally offended by a refusal. We will agree that we will not be exchanging gifts.

Having been to church my sister will come and collect me. For the greater part of the journey to her house she will bitterly complain about how much they are struggling financially. On arrival at her home I will silently note the latest top-of-the-range new electronics goods, entertainment systems and furniture they have acquired during the previous twelve months, and in all probability the latest redecoration and extensions to the building. The last time I turned down an invitation my sister spent over an hour on the 'phone expounding on their extreme poverty, then sent out a family news letter with pictures of their holiday in Trinidad and of their swimming-pool-sized Jacuzzi being lifted into place by a crane.

Shortly after arrival my brother-in-law will return from his church and having received the "good news", he will start drinking and deliver his booze-fuelled Christmas message of intolerance on Earth and ill-will to all men. Had he lived in First Century Judea I’m sure it would go something like this: "Herod’s a man who gets things done, according to the Mail most of those so-called innocents were benefits scroungers and immigrants, of course those long-haired hippies are demonstrating against it, crucifixion’s too good for them, and what have they got against Judas, they’ve never made thirty silver pieces between them...."

Christmas morning will start with my sister clattering around in the kitchen and refusing all offers of help – but we all knowing that by the end of the day she will bitterly complain about having to do everything. Brother-in-law will sensibly take the dogs out to walk off his hangover.

Late morning and my niece and nephew, their latest partners and over-excited kids will arrive. The poor little mites will be totally overwhelmed as they embark on their third massive Christmas present opening session, having already ripped through a small forest's worth of wrapping paper at each of their separated parents' houses. I will try to stay in the background as it saddens me to see children being corrupted by the competitive materialism that dominates their parents' and grandparents' lives.

My sister will present me with the gift she promised not to give me. It will be a glossy coffee-table book on a subject that does not interest me. I will feign delight. The choice of gift puzzled me for some years until I took one particularly glossy tome to an Oxfam shop and the lady who served me looked at the inside cover and noted, "It didn’t take long for this one to come back." There will be an awkward silence and looks will be exchanged when it is realised I kept up my end of the deal and have not spent the two or three hundred pounds expected of me on gifts, produced in sweatshops in countries with appalling human rights records, that will barely be noticed, will never be used or played with and, given I am the only person in the family who believes in recycling (an EU plot evidently) or giving to charity (a UN plot), will go straight to landfill.

It is not that I’m some sort of a scrooge, I went along with the whole thing for ages, but I saw my niece and nephew get increasingly avaricious and deceitful year on year. The final straw came the Christmas when my late father, who suffered from dementia, gave each of us £20 he could barely afford – and later in the evening, having forgotten his earlier generosity, proceeded to do so again. My niece smiled slyly and took the money and my nephew had his hand out ready to do the same. When I gently said, "Dad, you’ve already given us our Christmas money," my niece (who was twenty at the time) tried to pocket her ill-gotten gains and my nephew (eighteen) stormed out of the room.

I did try compromising one year by buying charity gifts on their behalf, but that went down about as well as the year my brother-in-law found out I send cards to political prisoners on behalf of Amnesty International (an affiliate of El Qaeda evidently). 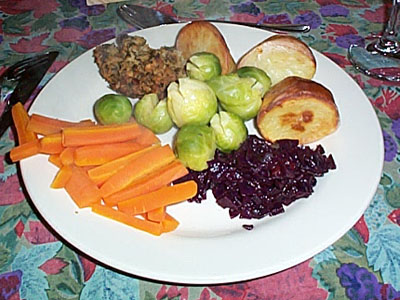 Prior to Christmas dinner I will be asked, "Are you still a vegetarian?" – pursed lips and exchanged looks will follow. It would seem that placing the nut roast I have supplied into the microwave, places a far greater burden on my overworked sister than preparing a huge turkey and wrestling the fowl into an oven more capacious than the cage the poor bird was imprisoned in for most of its life.

By this time I’ll be so stressed I’ll finally give in to brother-in-law's constant proffering of alcohol and have my first drink for twelve months (this will constitute my only correct action during the whole Xmas period). Well into his cups, brother-in-law will attempt to provoke an argument, and regardless of whether I calmly dismantle whatever hateful ultra-right-wing edifice he has constructed with cold logic or side-step his clumsy provocations in order to avoid a row, he will become enraged and stomp off to play his latest violent video-game. Either way I will have ruined Christmas for everybody.

I have always understood that on Boxing Day the church poor boxes were smashed open and the money donated through the year by the more fortunate was distributed to the destitute and needy. It would see that as with so many other things I am wrong, Boxing Day is a holiday set aside for the sole purpose of demonstrating one's latest material acquisitions and gloating that we have received more than others. I will go to the pub with my sister and brother-in-law. She will lie in wait to pounce on her friends and acquaintances. As each couple arrives, my sister will demand, "What did he buy you, then?" and when she is satisfied it is of less worth than her gifts, she will expound on the extravagant presents she has intimidated brother-in-law into lavishing on her.

Of course there was the year this ritual didn’t go quite as expected. One of their acquaintances entered the pub alone. His friends inquired about his wife, who was unwell. After a little banter from his mates about hangovers. my sister pounced demanding, "So what did you get her?" His initial response satisfied her, but when he went on to say his wife had bought him a wonderful, thoughtful gift, my sister’s eyes narrowed. As he explained that his wife knew he liked real coffee and was always in a rush in the mornings, and revealed he had received a single-cup coffee maker, my sister blanched and was silent for the rest of the evening. 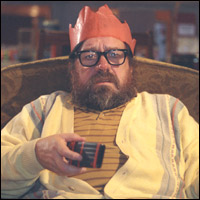 Next morning at eight o’clock there was a hammering on my door and my sister shrilled, "We are off to the shops." This was followed by the sound of brother-in-law, niece and nephew grumbling as they were herded downstairs and the roar of their BMW heading off to the sales. They returned seven hours later, niece and nephew laden with boxes and bags and brother-in-law carrying the latest top-of-the-range, all-singing, all-dancing six-cup coffee maker. I just knew that as soon as I had gone home, the guy who had been so pleased about a thoughtful gift, his wife and another couple would be invited to a dinner party that would culminate with the production of six cups of coffee and a demonstration of the newly acquired machine that had produced them.

Eventually it will all be over, and I will return to my cold, empty flat – bliss – and ponder why it is that when my sister and brother-in-law both regularly attend (different) churches and my niece and nephew are nominally Christian that the only person to have thought about the poor or peace over the whole period was the wicked atheist. Then it will be a quick game of Assassin’s Creed Brotherhood – those fat cardinals waddling round the Vatican better watch out!