The Calendar and Astronomy of Ancient Egypt Content from the guide to life, the universe and everything 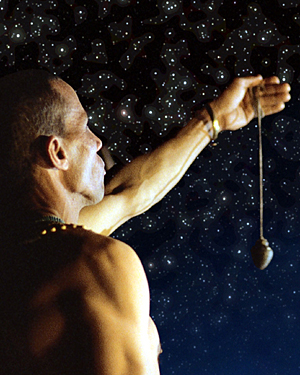 Knowing the date was very important to the ancient Egyptians because they had to know when the Nile was due to flood and recede so they could plant their crops. They based their calendars upon the rising of certain stars and observations of the lunar cycle.

The ancient Egyptians believed the brightest stars in the night sky were the souls of dead pharaohs living on in the afterlife, sharing eternity with their many gods. Rather than being the serious science it is for us today, their astronomy was linked with religion and governed by individual deities. The ones mostly concerned with astronomy were:

The chief deity was the Sun god Ra, who represented the spiritual manifestation of the sun disc (the Aton or Aten). According to the Egyptians Ra sailed across the sky each day in a celestial boat. At sunset Ra was swallowed by the goddess Nut, mother of the sun and moon, then passed through her body during the night. Ra was then reborn at sunrise.

Horus 'the Avenger' was the god of the dawn, who oversaw the rising of the sun heralding a new day. Depicted in images as a falcon-headed man, in legend Horus (the 'good' or 'just') battles his uncle Seth (the 'bad' or 'evil') in a never-ending fight to maintain order in the world. Seth is sometimes portrayed as a crocodile, a hippopotamus, or, if sketched in human form, he was drawn as a redhead and given red eyes, which was supposed to represent evil.

Nephthys was the goddess of the night sky who possessed magical powers such as transformation. She was the embodiment of extremes; some Egyptians called the outer limits of their land Nephthys. She became the mother of Anubis, the jackal-headed god of mummification, after she seduced her father Ra. The twin plumes upon the head of Ra are said to represent Nephthys and her sister Isis. Nephthys was usually drawn as a beautiful woman standing behind Osiris, with her arms reaching out to touch his body. Sometimes the outstretched arms formed wings which offered protection.

Thoth was the Egyptian god of wisdom and writing, and acknowledged as the inventor of astronomy. In one physical manifestation he is depicted as a squatting baboon with a lunar disc and crescent upon his head. Two such 15ft (4.5m) statues weighing 35 tonnes each were carved and erected at Khmun (now el-Ashmunein) on the orders of 18th Dynasty Pharaoh Amenhotep III (1390-1352 BC), the father of the so-called 'heretic' Pharaoh Akhenaten and grandfather of 'the boy king' Tutankhamun.

Ma'at was the Egyptian goddess of truth and justice. She was the daughter of Ra, and Thoth's wife. One of her duties was keeping order in the cosmos. Ma'at was said to plot the course of the Sun god Ra's celestial boat as it made its daily sojourn across the sky. Sometimes she sat on board to oversee the journey from dawn to sunset.

Seshat was Thoth's female counterpart, either another wife or his daughter, depending on which text is being read. She kept the passage of time by marking notches on a palm stem1. Seshat appeared on tomb walls clothed in the pelt of a leopard, a sacred animal and lunar symbol whose spots were supposed to reflect star patterns.

Hathor was known as the 'Great One of Many Names', including 'the Eye of Ra'. She was the patron of motherhood, and herself the mother of Horus. Beside her many other roles such as the goddess of beer, the desert and the turquoise mines, Hathor was the goddess of solar eclipses.

Hathor, lady of the West, who is in the great land, lady of the holy land,
Eye of Ra in his brow, beautiful of face in the boat of millions of years,
Seat of peace, worker of truth within the boat of the praised ones,
She who will make the great sacred boat to sail forth in truth.
– 'Papyrus of Ani' Ch 186, The Book of Going Forth by Day (the Egyptian Book of the Dead)

Khonsu was the deity who presided over pregnancies and was responsible for the length of the gestation. He also allotted the amount of years an individual would dwell on Earth. Another power attributed to him was the ability to heal. Khonsu was also the lunar god; he was depicted with a full moon sitting inside the bowl of a crescent moon which was balanced upon his head.

An important deity was Osiris, the god of the Akhet, agriculture, fertility and the dead. He was the son of Ra, the husband of Isis and the father of Horus. Osiris was killed by his brother Seth, and although Isis used chants from The Book of Going Forth by Day to resurrect her husband, he could not return to the land of the living. Osiris became the ruler of the Underworld, judging the souls of the dead following a series of tests to check their worthiness to reside in blessed peace. Some tomb paintings show Osiris as a green-skinned pharaoh seated upon a magnificent golden throne.

On the ceiling of a tomb in Luxor (ancient Thebes), a representation of the god Osiris is portrayed in stars, as well as other nearby stars. The figure they identified as Osiris in the heavens is the same constellation we know as Orion 'the hunter'. The star decorations in the Luxor tomb are painted white, with two exceptions: Aldebaran and Betelgeuse are depicted in red ochre (Aldebaran is a first magnitude variable orange giant and Betelgeuse is an irregular variable red giant).

Representations of the earliest calendars in history have been found on tomb ceilings and sarcophagus lids from the 9th Dynasty onwards. Some of the surviving artwork inside the tombs of the most important (or wealthy) Egyptians consists of stars and celestial figures we'd recognise as constellations.

The Egyptian astronomers (usually priests) divided the year into 12 months within three seasons:

Each of the 12 months had a name, for example Akhet III was called Hwt-Hrw, Peret IV was Renwett and Shomu II was Hnt-htj. The months were divided into 'decans', a decan being a ten-day week. The 36 decans were heralded by the rise of a particular star, for example Akhet I was announced by the heliacal rising of Sopdet  — 'the star of Isis' (which we know as Sirius). Decan stars adorn the ceiling of the temple dedicated to the goddess Hathor at Denderah.

The total year of 360 days did not match the solar year, so to balance their calendar they spent five days - known as epagomenals - in celebration of five important gods: Osiris, Horus, Seth, Isis and Nephthys. As they had no leap year equivalent, every four years their calendar fell out of sync with the rising of the stars, so they attempted to make everything fit by creating a lunar (moon) calendar as well.

The astronomer priests observed a calendar of lunar phases in order to calculate when certain rituals needed to be performed, and that particular process was presided over by Khonsu the lunar god. The lunar calendar was represented by 12 large circles (one complete moon cycle or 'synodic month') each of which was divided into segments. The lunar month has 29.5 days, which meant that some years were short when there were 12 new moons, or long when there were 13. The lunar calendar was used for religious festivals only, for administrative purposes the 360+5 day calendar was used.

Festivals were special events and they afforded an opportunity for the populace to let their hair down, forget about tomb-building for a few days and generally have a good time. It was not unusual during a bountiful year for the gods to be generous, and the priests distributed freebies to the gathered hordes on their behalf. Surviving papyrus scrolls note that at one particular Festival of Opet some 11,341 bread loaves were handed out, along with 385 flagons of beer to wash it down.

Some festivals were so important that they had two different dates when they were celebrated, eg the Feast of Wagy occurred in the civil calendar on the 18th day of the year and another annually-varied date aligned with the specific lunar phase.

A commoner called Senmut was an architect and teacher before female pharaoh Hatshepsut's reign. Hatshepsut was married to her half-brother Tuthmosis II as per Egyptian royal family custom, and they had a daughter, Princess Neferure2. Senmut was the princess' tutor and one of Hatshepsut's most trusted advisers. After her husband's death Hatshepsut acted as regent for the next male heir Tuthmosis III, her husband's child by a lesser wife, while plotting to take the throne herself. Senmut supported Hatshepsut's quest to rule Egypt and he swiftly rose to a position of high authority, earning himself the title 'High Steward of the King'.

Senmut never married; some surviving artwork and statues suggest that Senmut was possibly Hatshepsut's lover and might have been the father of Princess Neferure. His funeral (which should have been overseen by his son if he had one) was presided over by his brothers. The amazing astronomical map on the ceiling of Senmut's tomb (TT353) details the lunar calendar quite clearly, as well as some constellations and planetary positions. Romantics would say this was a work of devotion by someone who could afford it. Senmut's brothers almost certainly could not have afforded such an elaborately-decorated tomb, which adds weight to the theory that Senmut was Hatshepsut's lover and it was she who footed the bill. Situated on the west bank of the river Nile, the tomb's entrance is in full view of Hatshepsut's mortuary temple3, which he had orchestrated and built. Senmut also had a chapel dedicated to him at the Tombs of the Nobles in Luxor.

The One and Only God

Bright is the earth when you rise in the horizon.
When you shine as Aten by day you drive away the darkness.
When thou send forth your rays the two lands are in daily festivity.
Awake and standing upon their feet when you have raised them up.
Their limbs bathed, they take their clothing,
Their arms uplifted in adoration to your dawning.
Then in all the world they do their work.
- extract from The Great Hymn to the Sun by Pharaoh Akenhaten

Pharaoh Akhenaten thought that only the sun god Aten should be worshipped and issued a royal decree banning the worship of all other gods. Akhenaten had a new city named Akhetaten ('Horizon of the Aten') built on virgin land in honour of the Sun god, and moved the royal court there. He permitted no communication with the sun god other than by himself or by his primary wife Queen Nefertiti, excluding their six daughters4 who assisted with the religious rituals.

After Akhenaten's death his heir Tutankhamun (or more likely the boy pharaoh's advisor, Nefertiti's father Ay) restored the old religious order and reinstated the stellar and lunar calendars. Akhenaten was denounced as a heretic and all records mentioning his name were destroyed. The companion piece to the now-famous Queen Nefertiti's bust had its face caved in. Only a few statues of Akhenaten, such as the one in Cairo's Egyptian Museum of Antiquities, remain intact.