A bad day in the field is better than a good day in Crouse.
John Peck, quite often

Which begs the metaphysical questions: Do you believe in God, and do you believe that God created the universe based on integer fractions?
Rudy Slingerman, in lecture

I am Lumien Swift in the Magicians Guild!

Awk! I made High Council! How did that happen?

Well, first of all, up until the end of August, I lived in Ohio. My sincerest apologies to the rest of the world for fouling up the most recent election.

Still, Ohio isn't all too horribly bad: we've got glacial grooves, fossiliferous Paleozoic limestone, the Tiger Salamander (if the developers don't destroy it first), some nifty rivers, and the world's largest geode (Crystal Cave, on Kelly's Island). So There!

If you haven't guessed by now, I'm a geology student. I graduated from the University of Akron, and I'm going for my MS at Penn State. Mountains really are so much better for geology!

I own a Mac (Windows Nazis can leave now), and I'd recommend it to anyone! I will learn UNIX... eventually

. Anyone with suggestions here would be very much welcomed.

I'm a pretty good cook, and I'd be willing to trade recipes

What else? I like skiing at when I can in the winter. I also like SCUBA diving, though it's been a very long time since I last went. Attempted surfing once. Got a black eye. I like animation, music (especially local- The Clarks and The Black Keys are my favorites), and sci-fi/fantasy in moderation- except for Stargate. I can take any amount of Stargate. Lately I've been trying to draw again, and I'm getting pretty good at it. I am also a Sub-Ed, and I will eventually put a link up.

If you'd like to get in touch with me, my MSN screen name is [email protected] I'll be on a lot more now. Promise.

Stuff I have written 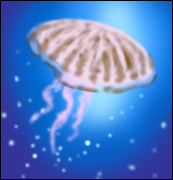 My series on Yellowstone

Tracer is the wolf that's been folowing me around since my days wandering about in the Forest of Bad Odds of Returning. I don't really know where he came from or why he's here. But he seems to like me, and I'm glad, because I sure wouldn't want to be on his bad side. Better say hi.

1OK- not famous or last, but they're words! George Bush can get away with it, so can I!